Amanda Lindhout's Mother On Rescuing Her Daughter: 'The Hardest Part Was My Imagination'

For 15 months, Lorinda Stewart worked relentlessly to free her daughter, negotiating with the captors and doing her best to ward off her fears of the worst. Her ordeal is captured in her new memoir, One Day Closer. 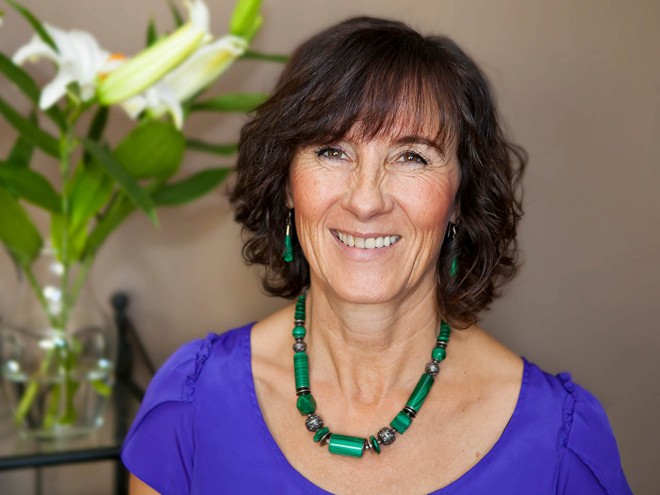 August 23, 2008, was “day one” for Lorinda Stewart — the first day her daughter Amanda Lindhout was held in captivity by a group of kidnappers in Somalia. There would be 459 more such days, throughout which Stewart acted as the main negotiator with her daughter’s captors. (One of Lindhout’s alleged kidnappers was charged by the RCMP with hostage-taking in June 2015 and is currently on trial in Toronto.) Stewart worked first with the Canadian government and later — together with the family of Australian Nigel Brennan, who was taken into captivity with Amanda — with a private security company to eventually free her daughter. She flew to Nairobi, Kenya, and finally held Amanda — who showed clear signs of malnutrition and abuse — in her arms at the end of November 2009.

In 2013, Lindhout published A House in the Sky, a memoir about her experience in captivity. This month, Stewart releases her own memoir, One Day Closer: A Mother’s Quest to Bring Her Kidnapped Daughter Home, a gripping account of what she went through on the other side of the kidnapping. She spoke with Chatelaine in Toronto the day before the book was released.

From the moment you learned that Amanda had been kidnapped, you were in gear to do what you — and other people — needed you to do. Were you surprised at how strong you were able to be?

Looking back on it now, and writing the book, I am surprised. It was like looking at myself from a different perspective. [When] I was right in the middle of everything, I didn’t have a clue what was going to happen next. I just quickly realized that I needed to hold myself together and be strong for Amanda and for the rest of my family. Amanda herself told me, “I knew it would be you, I knew it would be you that saved me.”

You describe being terrified when, on day three, the RCMP asked if you would take on the job of negotiating with Amanda’s kidnappers.

My biggest thought was, “What if I make a mistake?” I had the guidance of the RCMP, of course. Without them I would have floundered much more. I don’t know, I think as a mother you do what you have to do for your kids. The RCMP had given us an option, if I really didn’t feel that I could do it, that maybe a female RCMP negotiator [could step in]. But I just knew I had to do it. That was my connection to Amanda — I knew that during those calls, if I ever had the chance to talk to her, she needed to hear my voice and to know that I’m fighting for her.

Were you scared on the phone?

For the initial call on my cellphone, I was shaking so hard I could hardly hold on to it. But because Adam [the alleged kidnapper with whom Stewart spoke most frequently] was so soft-spoken, I actually was able to talk to him calmly.

You were so calm, so clear and professional. “I can tell by your voice that you’re a good man who will look after Amanda.”

I just instinctively knew that I needed to try to create a bond with him. 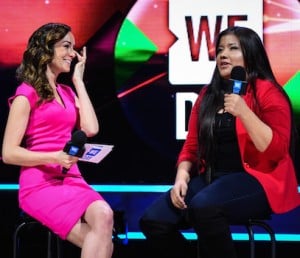 Uncommon bonds: The friendship of Lindhout, Khadr and Harper

You talk about having to constantly beat back thoughts of “what if” and worst-case scenarios and stay focused on the present and what you were grateful for.

Often when you think you have nothing or have no control, when you use the practice of gratitude, you’re actually quite relieved at all the things you have to be thankful for. And in doing that, it raises your optimism, and it was optimism that kept my hope up and gave me the strength.

At a certain point, you start referring in your own mind to the word “fortitude.” What did that do for you?

I knew that that’s exactly what I needed to get me through. In my life, before Amanda had been kidnapped, I had already experienced quite a bit of trauma. I had to develop strength to cope with and go through it. I think the same could be said of Amanda. Because her life hadn’t been easy either.

You’ve talked since she’s been back about what you went through.

We have talked about it, but we’ve also avoided talking about a lot of things. I avoided saying things that I thought might make her feel guilty or bad, and I think she did the same. We kind of tried to protect each other.

So some of what’s in the book is new to her?

Yeah, in fact a lot of it was new to her. I was nervous for Amanda to read the book. She was probably the person I was the most nervous about. I wanted to make sure that my wording honoured everybody — her, her father, her brothers. I think it was important for her to know the story.

At a certain point, you started referring to yourself as “Mom” to Adam. “Hello, Adam, it’s Mom.” What was that like for you?

Building a rapport with Adam was one of the most important things I could do. He was the one who called me Mom first, and I felt that if he related to me as a mother figure it could change the dynamic in how he treated me and Amanda.

On the phone, it really seemed like a tightrope act. You had to silence a lot of your emotion. It seems like such a monumentally difficult thing to do, to be having all of the feelings that you’re having and at the same time thinking so clearly and calculatedly about what you needed to say.

The training helped me, definitely. I think, for the most part, I am a calm person. The hard part, though, was my imagination. The hardest parts for me were at night, when nobody else was around and I was just left with my imagination. During the day I just really tried to stay focused on my goal, to bring Amanda home.

After Amanda came home, after all the adrenalin and joy, there was a lot of fallout. Everything else kind of caught up with you.

It did. My goal [had been] just get through it, and I kind of had this mental closet for all the things I knew I needed to deal with but just couldn’t. So many things — family members who worked against me, people who yelled at me, who judged me. I had a pretty big breakdown after she came home, which surprised me, surprised everybody, because I was supposed to be happy and in party mode. All along I tried my best not to imagine what could be happening and then when she came home, well, I couldn’t do that anymore. We tried to protect each other a lot; we didn’t often cry in front of each other. But I knew enough from the first time I saw her — the bruises on her legs, some of her teeth had been broken. I knew enough.

How are you doing now?

I’m doing good. Life has moved forward. I feel joy every day now, I mean, life is so amazing. I still have this residual tremor [which began after Amanda came home and still manifests in Stewart’s voice], which thank God I didn’t have throughout. It’s part of the aftermath. We have moved on. This story is part of who we are.