Everything You Need To Know About Akin, The New Novel From Room Author Emma Donoghue

It’s poised to be your next book club must-read. 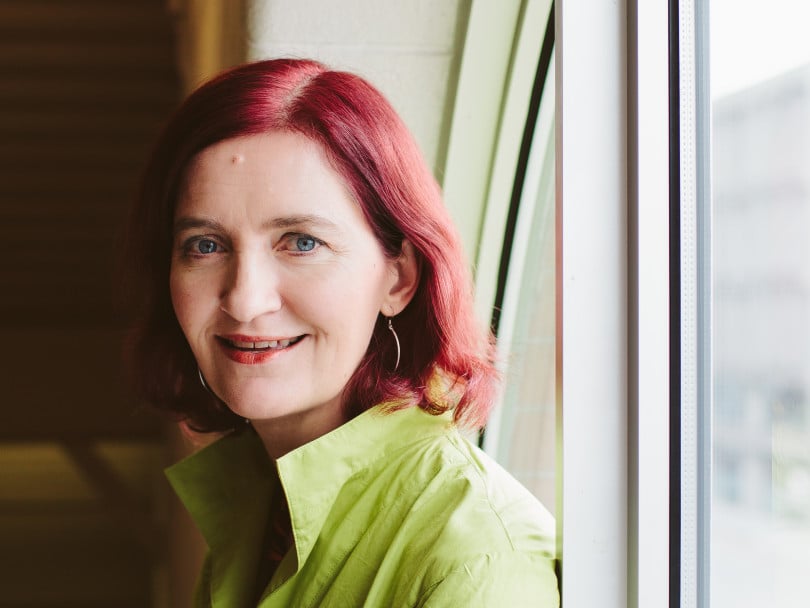 For much of her career, the Irish-Canadian novelist Emma Donoghue was prolific but woefully underread. Then came Room, her 2010 thriller about a little boy held captive in a five-by-five-foot shed. The novel was a departure for Donoghue—until then, she’d mostly written feminist historical fiction—but readers were obsessed, and in 2016 Donoghue earned a screenwriting Oscar nomination for the hit film starring Brie Larson. In her new novel, Akin (September 3, HarperCollins), Donoghue fuses the historical with the modern, tracking Noah, a crotchety professor who goes to Europe seeking the truth about his mother’s World War II past, accompanied by his foulmouthed teenage nephew Michael.

We asked Donoghue about her inspirations for the book, her penchant for writing truth-telling boy characters and why she’s still fascinated by kidnappings.

Where did you get the idea for this novel?

It’s the only book I’ve written that was so strongly inspired by one particular place. About seven years ago, my family spent time in Nice when my partner, who’s a professor, went there on an exchange. We loved it so much we came back for another year. It absolutely soaked into me. I got fascinated by the way history is so close to the present in Nice. You’ll be sitting in some idealistic, touristy setting, pastries and coffee and sunshine and birds. And then you look at the pillar beside you and there’s a little memorial to some 18-year-old who was hanged by the Nazis. More than anywhere else, it’s got different eras coming up against each other.

That seems to combine two threads of your career, since you’ve written both historical and contemporary fiction. Why did you decide to focus on World War II?

The very seed that inspired this novel was Matisse’s daughter, who was an obedient, helpful studio assistant to him. But, then during the World War II, in her 40s, she got involved in political matters without even telling her father. She inspired the character of Margot, Noah’s mother. I’m very interested in women in the war. The women in the Resistance don’t tend to be the ones that we’ve heard of, and after the war, a lot of them didn’t want to talk about it and really buried it. So, I got very intrigued by women in the war and the kind of range of roles they might play and the ambiguities they might face. They might have been having affairs with Germans. They might’ve been just desperately trying to get food for family. They might’ve been doing covert assistance activities.

What kind of research did you do for this book?

A lot of it was very hands on, during my first year in Nice, and then I did some further research about the war. I would do things like video from the airplane as we were landing. I’d video the taxi ride from Nice in from the airport. I did a huge amount of sitting in cafés and calling it work.

Much more fun than sitting in the archives.

I love archives, I do. But yes, this was very sensory. I always include the family, too. We went to the graveyard to try to find Margaret Matisse’s grave. I offered a €5 prize to whichever kid could find her.

Michael, the 13-year-old who accompanies his uncle Noah to Europe, is such a great character—he sounds like a real teen. You have a 15-year-old son. Coincidence?

Yeah, I have a running joke with my kids that they are by far the most useful thing I could ever have done for my career. They inspire book after book. My son in particular. Anytime we were in France and he was picking a fight with me, or literally poking a stick at some historical monument. I would make a little note about it on my phone.

Two of your most memorable characters have been boys—Michael and Jack from Room. Do you see any continuity between them?

They’re both truth tellers, I suppose. They both have this kind of blunt way of stating the case, and they’re both new to the situation they’re in. And of course, because of the internet, kids nowadays have at least the surface awareness of many things. So, they’re not wide-eyed, naive outsiders. I didn’t want to make this a sweet or sentimental book. I didn’t want it to be too obvious that, “Oh, the heart-warming boy will warm up the crusty old professor.”

I’d love to talk about the success of Room. You’re an Oscar nominee!

I still can’t take that seriously. Whenever I’m doing a book event, they introduce me as Oscar nominee… I get the giggles as soon as I walk on the stage. And I’m rarely wearing anything that would seem to match the label.

Do you feel a lot of pressure to live up to that success?

At this point in my life, it’s great. It just means I get more readers for all my books, and people are open to new things I do. And of course, I’m well aware my other books don’t sell as much as Room, but it’s such a pleasure to have had that one.

Room, of course, was turned into a film. Do you see any cinematic potential for Akin?

You can never know. It’s certainly got a very warm friendship, formed between unlikely obstacles. The thing is, when I’m writing my novels, I try not to think about that because you don’t want to try and make your novel be a film. The only reason to write a novel is if you think that’s the best possible form for it. But I would say the great thing Room did for me is that I’m doing a lot more screenwriting. It’s now become, my main sideline. There’s a possible film of my last novel, Wonder. And I’ve also enjoyed working on adapting other people’s works. it’s great fun to kind of play the slightly humbler role of just seeing how well you can adapt them.

Room was inspired by Josef Fritzl, the German man who imprisoned his daughter in his basement for 24 years. Do you still pay attention to those kinds of cases?

Oh, yeah. Sometimes, like when Ariel Castro’s victims were discovered, I had to turn the phone off for a day because everyone wanted my view and I don’t think I’m an expert on it. But I’m fascinated still. And I always look at these cases to confirm my hunches about how a person might or might not have coped, and the amazing sort of resilience of these people. 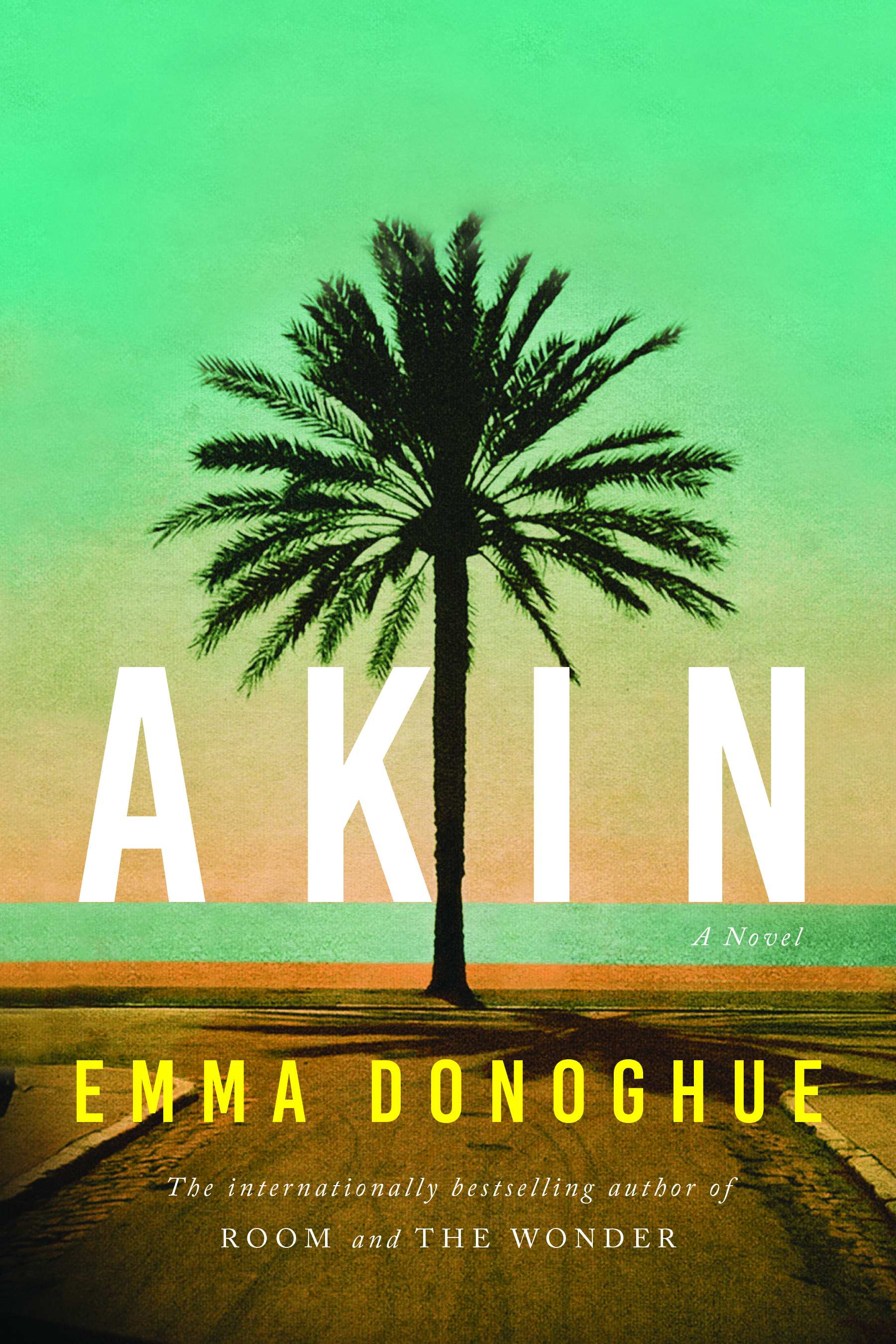