10 best (and funny!) tweets from Caitlin Moran, author of How To Be a Woman

We caught up with Caitlin Moran, author of How to Be a Woman, on Twitter in a recent chat and discussed everything from women's contraceptive rights to the best way to hand-wash tights — all in snippets of 140 characters or less. Here's a round-up of our favourite tweets from the chat. 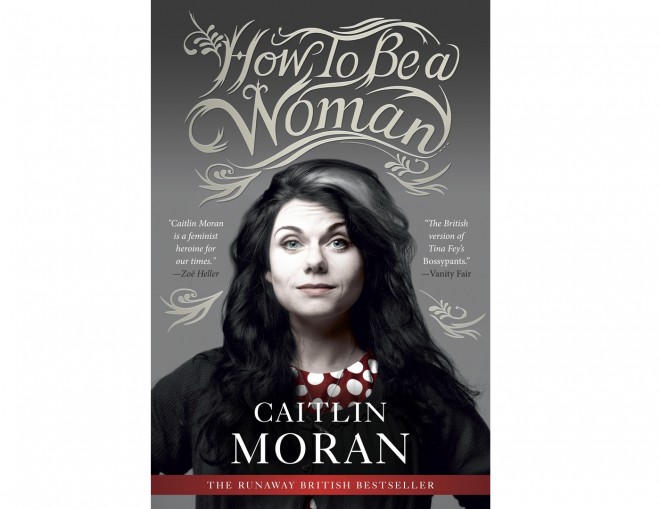 Our Twitter chat with Caitlin Moran, author of How to Be a Woman, got some serious attention in the Twitterverse: #howtobeawoman was trending as our September 2012 Book Club Pick author shared her most important advice for women, the lessons she’s learned from her husband and the response she’s received from her award-winning and side-splittingly hilarious book.
.
Here are our 10 favourite tweets from the chat:.

On how to be a woman (summed up in one tweet):
@caitlinmoran: I guess it would be “Different but equal to men, and with more shoes.”

On how men have responded to her book:
@caitlinmoran: Boys seem to be using it like a manual, like: “Oh GOD, THAT’s what you mean when you say you’ve nothing to wear.”

On people who claim they’re scared of feminists:
@caitlinmoran “Feminist” just means “being equal to boys,” and wanting to be inferior to boys is the REALLY scary thing.

On the most serious challenge facing women today:
@caitlinmoran In the Western world, contraceptive rights. The idea of ANY 21st century woman HAVING to have a baby is terrifying — it’s treating women like livestock. You can still die in childbirth, you know.

Responding to a suggestion to start a no-waxing charity called Septem-bush:
@caitlinmoran: I couldn’t limit it to just one month. It would have to be a whole year: Twenty fur-teen.

On what annoys her most about being a woman today:
@caitlinmoran: Far more things excite me than annoy me. It really feels like women are the new thing — everything we do is so pleasingly, intriguingly different to the ways boys do it. It’s like we found aliens and THEY’RE US!

On the most important thing she’ll teach her daughters:
@caitlinmoran: That the problem probably isn’t them, but other people, and so say “Sorry” and then RUN AWAY FROM THEM.

On what she’s learned from her husband:
@caitlinmoran: He’s a very calm, confident man, and I wasn’t when I met him. I thought I had to be FABULOUS all the time and he told me that all I really had to do was be a polite, nice person, which seemed very achievable.

On advice for aspiring writers:
@caitlinmoran: Tell the truth, write every day, be polite and get some fresh air. Also, if you’re having problems [writing] the last [paragraph], [cutting and pasting] the second [paragraph] and putting it last works.

On words of advice for women:
@caitlinmoran: Hand-wash your tights in the shower while you’ve got the conditioner on. And dance to Kate Bush.

Read an excerpt from How to Be a Woman, here!