Why We Need To Listen To Women Who Hate Feminism: Q&A With Lauren McKeon

There may be more common ground among feminists and anti-feminists than any of us thinks. Canadian writer McKeon talks about her new book, F-Bomb: Dispatches From the War on Feminism 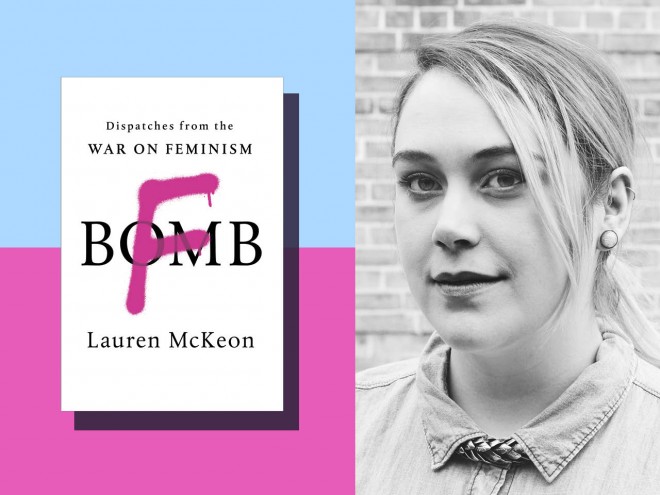 The single most unattractive thing for a young woman to be is a feminist. That’s the argument Toronto-based writer (and young feminist) Lauren McKeon made in the pages of Chatelaine a decade ago, when she was still a university student and felt her peers received her thoughts on feminism like a “fart in the room.” The nasty comments came by mail — and one letter writer didn’t mince words in her disagreement. “McKeon needs to grow up, experience life and get the chip off her shoulder. I’m proud to say I’m not a feminist.”

Fast-forward to today and the majority of Canadian women are still uncomfortable with that word, if not deeply disdainful of it. A full 68 percent of respondents to Chatelaine‘s This is 40ish survey in 2015 said they don’t identify with the label, even with Beyoncé and our own Prime Minister Justin Trudeau proudly waving the feminist flag. Oh, and then the United States elected self-described pussy-grabber Donald Trump as president. Our survey results (and Trump’s win) surprised lots of people. Not McKeon.

By the time of the election, McKeon had already interviewed lots of women who don’t identify with the feminist label— and plenty who, in fact, identify as anti-feminists and believe the movement has done a deep disservice to everyone, men included. In her new book, F-Bomb: Dispatches on the War on Feminism, McKeon argues that it’s time for women on both sides of the divide to stop ignoring one another and start listening. They may even find some common ground. 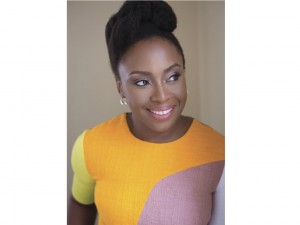 Why do so many women still reject the idea of being feminist?

I think part of it is that conflict between pop feminism – it’s acceptable maybe to wear on a T-shirt or have it on your tote bag – but when it comes to actually discussing the ideas and living the politics and navigating yourself, [it’s harder]. The idea of what it means to be a feminist that we had even 30 or 40 years ago still lingers: That feminists are man-haters, that they’re militant, or they’re not womanly.

Anti-feminists are exploiting all the same stereotypes: That feminists don’t like men — and feminists haven’t necessarily done a good job of broadcasting how feminism helps men too. And what the movement might look at as growing pains, anti-feminists exploit as infighting —”All they ever do is bitch and complain.” And they have this idea that feminists have taken on this mantle of victimhood. Anti-feminists say: “If you want to be a strong and empowered woman, you’re not a feminist. Because if you’re strong and not a victim, you go out there and do things for yourself.”

What’s motivating anti-feminist women — and many of the highest profile ones, like Janet Bloomfield and Karen Straughan, are right here in Canada — to essentially advocate against their own gender’s interests?

They don’t see it that way. In their minds, they’re saving women from feminism, from being stuck in a culture of victimhood. They’re also returning women to being proud of traditional roles — I don’t think feminism believes you can’t be a mother, but that’s the idea that’s presented. They’re saying, “It’s okay to be a mother, it’s okay to be a wife, it’s okay if that’s what you want.” I think, to them, part of that is fuelled by this nostalgia for the way things were before feminism came along and ruined everything. It’s a yearning for an established role that maybe never really existed. But in some ways, it’s just another response to how things are changing for women. It is difficult for women – we haven’t figured out how to “have it all.” Some women’s response to that is to keep fighting and to keep looking to feminism and women’s rights, but other people’s response is that feminism has totally taken us off the rails. 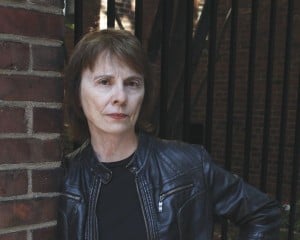 What was it like talking to people with such different views? When you visited Bloomfield, a Thunder Bay-based anti-feminist blogger, you made pizza together and while you were eating it, she called you a “stupid bitch.”

We were sitting at her dinner table, with guests, playing Jenga, and everyone was drinking while I nursed my glass of wine, and she was telling me she read an article I wrote on women in tech. She was telling me how wrong it was, and then shared her reaction to reading the piece: “Like, are you stupid, bitch?” She wasn’t kidding, but I laughed it off and asked her why she thought the stats were made-up, why she thought women actually didn’t want to play video games, or work in STEM. There was that, but there were also many more hours of conversations with her where we tried to listen to each other as best as we could. Neither of us was trying to convert the other. But maybe we can hope to learn and understand. They were tough conversations.

Did you ever find yourself halfway persuaded by an anti-feminist?

Before I knew anything, before I talked to any of them, I probably thought, “How could they possibly think any of this stuff? There’s nothing they could say that would make me see them as multi-faceted people.” And that’s not true. They had issues with feminism, but also with the roles of women and what women are expected to do and how they’re expected to present themselves. That’s maybe where our common ground was – we all agreed there was pressure on women to fit into certain categories, but our solutions were a whole lot different.

You’re actually pretty critical of feminism yourself, and point out that there are a lot of tensions between feminists.

The tension is that people are resistant to change — and change needs to happen, there’s no doubt about it. What feminists need to realize, especially white, middle-class feminists, or feminists who have had the stage for awhile, is it’s okay to lose the stage, and it’s okay to make room for other people because that will make the movement stronger in general. More people will be able to identify with the movement; it will speak to them. I say this being a white woman. I realize it’s thorny – it’s hard to navigate. I think a lot of people feel it means, “Oh, now I can’t say anything.” That’s missing the point – you can actively help make room for other people to speak up too and you can listen to them and help elevate their voices.