Bill Cosby’s accusers are already under attack at his trial

On Day 1, the comedian’s lawyer turned to the oldest stratagem when defending sexual assault charges: turn the tables on the complainant. 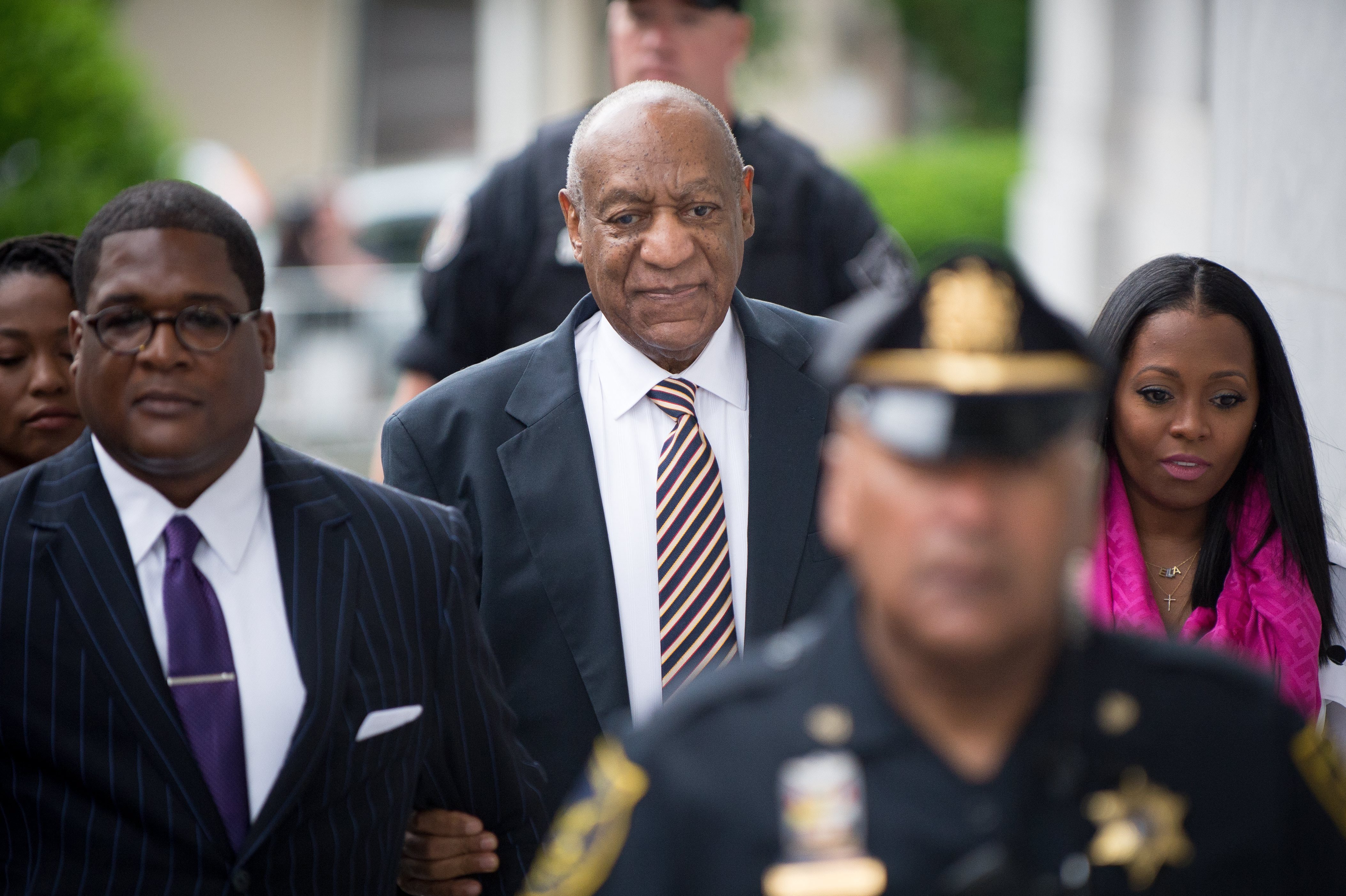 Bill Cosby arrives at the Montgomery County Courthouse for the first day of his trial in Norristown, Pennsylvania (EPA)

You know it’s a high-stakes, high-profile sexual assault case when spotlight-seeking L.A.-based lawyer Gloria Allred shows up first thing, a documentary film crew in tow. And there she was on cue on Monday, day one of Commonwealth v. William Henry Cosby, Jr., chatting up the media as she entered court. The day was a “historic one,” she said, “because it’s the first time Mr. Cosby has been held accountable.” When asked if she expected surprises, she said, “Yes, I expect the unexpected.” Minutes later, Bill Cosby arrived arm-in-arm with Keshia Knight Pulliam, who played his youngest daughter, Rudy, on The Cosby Show. His real-life family was nowhere to be seen.

It was a day of unexpected twists, first impressions and botched strategy. In a move that combined all three, the prosecution chose not to put complainant Andrea Constand on the stand as the first witness. Instead, it called Allred’s client Kelly Johnson, who came forward in 2015 to allege Cosby drugged and sexually assaulted her at the Hotel BelAir in 1996. Johnson, who didn’t report to police, is a “prior bad-acts witness,” someone whose testimony can corroborate a defendant’s pattern of behaviour. The fact that nearly 60 women have accused the Cosby of drugging and assaulting them are immaterial in Courtroom A of the Montgomery County Courthouse. This case is about only one: allegations by Canadian Andrea Constand that Cosby drugged and assaulted her in 2004. Cosby has pleaded not guilty. In pre-trial hearings, the prosecution sought to admit testimony of 13 of Cosby’s accusers under “404(b)” evidence, which is allowable in Pennsylvania. Only Johnson’s was admitted. It was a huge victory for the defence, but also one for the prosecution. Having such witnesses is seen to help weigh the scales of justice in favour of the prosecution.

Johnson’s tearful testimony directed by assistant district attorney Stewart Ryan was wrenching. But would implode later under cross-examination by lead defence counsel Brian McMonagle. In the process, it created undeniable “reasonable doubt,” in which the jury had been schooled in an hour of instruction by Judge Steven T. O’Neill, of the Montgomery Court Common Pleas. O’Neill, a dark-haired, bearded man with a loquacious tendencies and wry humour, explained to the jury: “I’m not the judge of facts. You are. You are the sole judges of the facts…and to decide if the defendant has been found guilty beyond reasonable doubt.” He told them that lawyers’ statements don’t count as “evidence.” Only witnesses’ statements are.

Still, first impressions can be indelible. Before Johnson took the stand, opening arguments kicked off with assistant district attorney Kristen Feden’s repeating a mantra about Constand: “Trust. Betrayal. Inability to consent.” Facts are not in dispute, she told the jury. “There’s no dispute [Cosby] gave her pills. There’s no dispute that after she ingested, he engaged in sexual contact. There’s no dispute he inserted fingers in vagina. The question here is whether Andrea Constand had ability to consent.” She warned of falling prey to distractions.

The jury has question to consider, she said: “What happened next after she took those pills? This is about one man this man who used his power and fame and previously practiced methods so he could put her in an incapacitated state so he could pleasure himself.”

McMonagle, a prominent Philadelphia trial lawyer whose past clients include mobsters and the Roman Catholic Archbishop of Philadelphia during the priest-pedophile scandal, played the jury masterfully, riffing off the mention of “distractions.” He’d lean, speaking softly, then walk away, raising his voice in indignation or outrage, occasionally to a squeak. “The only thing worse than the horrible crime of sexual assault,” he said, “is a false allegation of sexual assault.” “It’s an attack on human being. Its not a distraction. It can destroy a man; it can destroy his life; it can destroy his future.” That’s why the threshold of beyond reasonable doubt is the highest anywhere in world, he said: “At end of trial you will understand why the burden is so high. We’re talking about somebody’s tomorrows.” 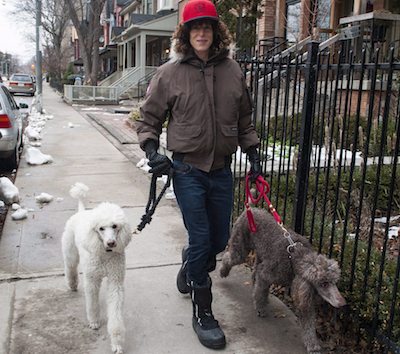 Cosby trial jurors had been handed a heroic task, he suggested. “Sometimes it’s hard to sit on that side of courtroom,” he said pointing to the defense table where Cosby sat. “Not today. Today, I have a chance with your help to save a man from the destruction of his life.” He again pointed to Cosby. “As you look there what do you see? A brilliant comedian who made us smile when it was hard to smile. A husband whose actions have made him vulnerable. And you may see a man, someone who has achieved greatness and who has endured unendurable personal tragedy [a reference to the death of Cosby’s son Ennis in 1997]. I hope you will see just a citizen who is presumed innocent.” He spoke about court protecting the “liberty of citizens.” And he referenced Cosby’s reported blindness: “Unfortunately, when he looks back he cannot see. I am his eyes in courtroom; it is up to me to describe you.”

Lines of attack were foreshadowed. Constand had “been untruthful in statements to law enforcement time and time and time again,” McMonagle said. Her relationship with Cosby was “romantic” and consensual, he claimed. Contrary to Constand’s first statement she didn’t have contact with Cosby after the alleged assault, the two exchanged 72 phone calls after — some lasting 30 to 40 minutes. Constand initiated 53 of those calls, he said. After “exhaustive” investigation in 2005, Montgomery Court D.A. said no charges. Then Constand went to a lawyer and launched a civil suit. McMonagle too had a favourite mantra: “A lie can travel halfway around world before truth puts its pants.” He dangled the fact Constand changed the date of the assault from March 16, 2005 to early January. “You will see why that date got switched and why burden of proof is so high,” he said cryptically.

He also explained how the second witness would be undermined, noting they’d seized key information only three days before the jury pool was selected. That witness and Cosby became intimately involved in 1990 not 1996. She’d got the dates of the alleged assault mixed up from an earlier deposition given in a workman’s compensation case with her employer. She’d received money from Cosby.

Johnson gave emotionally charged testimony to the D.A. She met Cosby in 1990 when she was working at William Morris Agency. He was then “one of, if not the most, important client at WM agency.” She developed a friendly relationship, often leaving her desk to speak to him privately, on his request. Johnson, who is black, said: “I had upmost respect and admiration for him based on what other Americans — and especially African Americans thought of him — based on The Cosby Show. He called her at home, she said. He took an interest in her family. He’d speak to her sister and recommended an acupuncture for her grandmother. She took her family to see him perform. The public theatre of the Bill Cosby trial - Macleans.ca

She spoke of Cosby once calling her to his house to deliver dinner and discuss set-blocking in TV production; she said she had no interest in the topics. When she got there he handed her a script that required she act tipsy and then embrace and kiss Cosby. She says they did repeated takes and she was uncomfortable — and refused to kiss him. Later, she said, he invited her for lunch at the BelAir to discuss her career. She arrived to find him in a private bungalow in a bathrobe and slippers. Lunch was ordered in with wine. He opened his hand; in it, she said, was a large white pill to help her relax. She said she didn’t want it and asked what it was. “Would I give you anything to hurt you? Trust me it will help you relax,” Cosby told her. She said she was intimidated, nervous, wanting to run out the door, she said. “But this was Mr. Cosby.” She put the pill under her tongue and pretended to swallow. “And he said lift up your tongue open your mouth. I did and there it was.” She said he instructed her to swallow and she complied.

Johnson, who spoke slowly and softly during testimony, said she woke up in bed to find her dress pulled down and up: “I felt naked but the dress wasn’t off of me.” Cosby was standing by the bed, she said: “I could see lotion on one of the nightstands. He put lotion in my hand.” She stopped and paused, and began to cry. The D.A. asked what happened: “He made me touch his penis.” She began to cry and took a sip of water. She left William Morris after going to the firm’s HR department to complain.

The defence dismantled her testimony, raising questions about her recall of events more generally. On many questions she said she couldn’t remember. She appeared flustered. McMonagle asserted a deposition given concerning workers compensation in 1996 alleged the BelAir assault happened in 1990, yet she went to Cosby’s house in 1996 for a possible TV role. In a bizarre line of inquiry about her taking drugs in the 1990s — something that has nothing to do with sexual assault—McMonagle asked Johnson if she did cocaine with musician Maxi Priest, the father of her son. She denied it. He also grilled her about not mentioning she accepted $400 from Cosby for her ailing grandmother, and $100 to have her hair done. McDonagle took a swing at Allred’s involvement, hinting Johnson was in it for fame or money. Johnson denied Allred prepared the text she read at a press conference. She wrote it herself she said. Repeatedly Johnson answered “I don’t recall.” McMonagle ended the cross examination in mock frustration: “Did anyone tell you to get medical amnesia in this case?”

There’s definite irony in the fact that, just as the prosecution brought Johnson in to suggest a pattern, McMonagle was doing the same, as he had intimated in his opening argument: “You’re going to see that what happened is eerily similar to Ms. Constand,” he said of Johnson.

The cross-examination undermining Johnson stealthily set in motion a reverse pattern of behaviour countering Cosby’s alleged M.O., one that could haunt Constand in her testimony to come: the spectre of women filing false and unreliable sexual assault charges against a victimized Bill Cosby. In his opening arguments to the jury, McMonagle urged compassion. “Try to be the kind of jurors in this case that you would want if it was your grandfather or your father or your son or you,” he said. That, of course, is a jury destined to acquit. At the end of day one, the prosecution’s case certainly didn’t do anything to tip the scales in the opposite direction.

More:
Subscribe to our newsletters
Dealing with lifelong anxiety: How a health reporter learned to cope
Hey marketing people — drop the body-shaming garbage so we can get on with our lives