Bieber writes book, BPA is toxic, and a woman can wear her niqab in court

This just in: if you're over the age of sixteen and haven't yet penned your memoir, you have fallen tragically behind – just ask Justin Bieber. 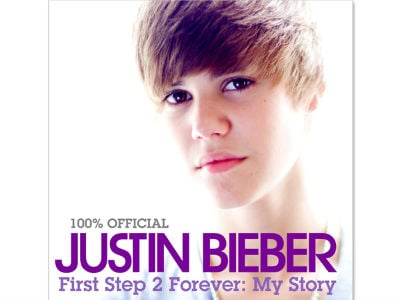 This just in: if you’re over the age of sixteen and haven’t yet penned your memoir, you’ve fallen tragically behind – just ask Justin Bieber. His new “100% Official” autobiography, titled Justin Bieber: First Steps 2 Forever: My Story (so many colons!) hit shelves yesterday, and it is…surreal. Let’s look at an excerpt: “I was on a date with a girl, and I was like, ‘Girl, do you want a soda?’ And she was like, ‘Yeah, a Sprite!’ And I was like, ‘Girl, you must be punking me because Sprite is mad gross!’ And she was like, ‘I was punking you!’ So yeah, I’d say that date went pretty well.” He also says his favourite book is Kanye West’s Twitter feed, so at least we know he actually wrote it.

The chemical Bisphenol A, also known as BPA, was declared a toxic substance in Canada yesterday by the federal government. The chemical is found in some hard plastic bottles and toys, and in August Statistics Canada reported that measurable levels of the chemical are found in 91 percent of Canadians aged 6 to 79. The next step will be banning BPA from baby bottles and lowering the levels in infant formula cans, both moves the federal government has proposed but not yet enforced.

The Ontario court of appeal has ruled that a woman may not have to remove her niqab – a traditional veil that covers most of the face – while testifying in court. The court stated that the woman, who is the victim of an alleged sexual assault, can wear the veil so long as the fairness of the trial is not compromised.

David Arquette wants his estranged wife Courtney Cox back, so he did what any loving, respectful husband would do: took to the airwaves with Howard Stern to discuss what Courtney is like in bed. Arquette went on Stern’s notorious show to divulge that he has been begging Cox to take him back. Unfortunately, he went on to call their sex “methodical” and then described another woman he had had sex with “once, maybe twice.” It’s hard to see why Cox isn’t running screaming into his arms. No wait, screaming in the other direction. Yup, that makes more sense.

An angry group of important Chinese Communist Party elders have called on their country’s government to end the strict restrictions imposed on free speech. The call comes in response to the awarding of the Nobel Peace Prize to jailed dissident Liu Xiaobo, an action that has spurned both the government and those who oppose its restrictions into action.