Betty White gets political, Berlusconi gets misogynistic, and Cambridge gets closer to a cure for the common cold

Not only is Betty White hip, hot and an octogenarian, she's also not afraid to say what's on her mind, even if it means getting a tad political. Recently the vibrant senior told Parade magazine... 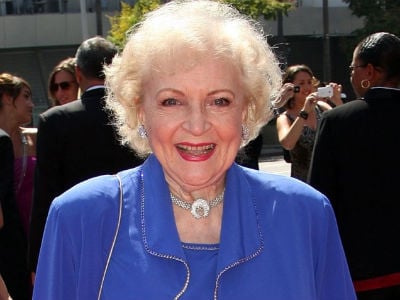 Not only is Betty White hip, hot and an octogenarian, she’s also not afraid to say what’s on her mind, even if it means getting a tad political. Recently the vibrant senior told Parade magazine: “If a couple has been together all that time – and there are gay relationships that are more solid than some heterosexual ones – I think it’s fine if they want to get married. I don’t know how people can get so anti-something. Mind your own business, take care of your affairs, and don’t worry about other people so much.”

Despite the best efforts of protesters and activists, it looks like Iranian prisoner Sakineh Ashtiani will likely be executed today for charges of adultery. Ashtiani’s case is at the centre of a global outcry against the barbaric practice of execution by stoning. A “Free Sakineh” petition has gathered over 350,000 signatures, and protests were held yesterday in Paris and Brussels in a last ditch effort to prevent the execution. It is unclear whether Iranian authorities intend to execute Ashtiani by stoning or some other method.

Everyone’s favourite corrupt misogynistic prime minister is back in the international spotlight again, and this time he’s come up with something to offend just about everyone! Italian Prime Minister Silvio Berlusconi has responded to the public outcry over his relationship with a 17-year-old stripper by claiming it’s “better to be passionate about beautiful girls than gay.” As Gawker so aptly points out, this sure must be confusing for lesbians.

Maclean’s has a fascinating story in this issue about the unique biology of conjoined twins Tatiana and Krista Hogan. The two girls were born attached at the top of the skull and share a bridge between each girl’s thalamus – the part of the brain that processes and relays sensory information. The odds of survival past birth for the girls was almost zero, but as they near their fourth birthdays, the twins are doing fine. They’re a boon for scientists, as some are postulating Tatiana and Krista can see out of each other’s eyes and even share unspoken thoughts.

Scientists at the University of Cambridge have made a discovery that may lead to a cure for the common cold. The team has proved that the human immune system can destroy a virus once it has already penetrated the interior of a human cell, something formerly believed to be impossible. This discovery may lead to the development of a new class of drugs that will aid this virus destroying mechanism, and testing of these new drugs may be as little as two to five years away.