Katrina Onstad on how motherhood — a construct she once rejected — became the defining role of her life. 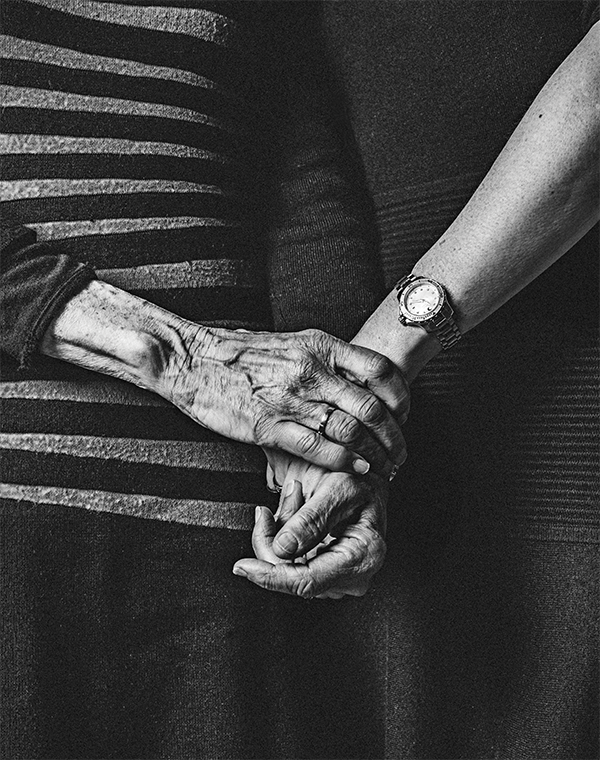 I was raised a Mother’s Day agnostic. When I was a kid, my ’60s-forged mom rolled her eyes at the holiday, deeming it a corporate boondoggle. Possibly this verdict was delivered while thumbing a copy of The Feminine Mystique.

When I became a mom myself, I recoiled at the label, and phrases like “Mommy Group” and “The moms are getting together for juice.” My own mom had mentioned, several thousand times, that while motherhood is an awesome and powerful role (or construct!), a woman must cultivate an identity beyond kids and family. In other words: Don’t drink the juice (it’s Kool-Aid) and ignore Mother’s Day.

But that was then. The M-word and its adjacent holiday sit a little differently with me now. Motherhood takes more time and energy than anything else I do, and is humbling and also a little kick-ass. I would seriously consider getting “Mom” tattooed on my arm. My embrace of this mom thing is a function of time, which appears to be moving forward, faster than expected. My own mother is approaching 80, and my daughter sits on the edge of adolescence. Both of them will leave me soon. Carl Jung wrote that “every woman extends backwards into her mother and forwards into her daughter.” For better or worse, it’s the defining role of my life.

I want to say, clearly, that many happy childhoods don’t include a birth mother. A non-biological mom can become the maypole around which you revolve, as can any other figure who loves you: a dad, gay or straight; a guardian. Also, some mothers are monstrous and undeserving of celebration.

Most moms, however, will say they did the best they could. And the big lessons — the ones that teach us how to be in the world —   often come in the small moments. I recognize this now as “active mothering,” the passing down of values and worldly instruction: “Clean up after yourself.” “Read.” “See the world.” “You never know what someone’s been through,” my mom would say of the homeless man, handing over coins. Then she would start a conversation with him, an action not remarked upon that held more weight than words.

We grow up watching our mothers, seeking clues of what being a woman might mean: sitting on the edge of the tub, watching her put on lipstick; in the kitchen, listening to her bark-laugh on the phone. We subconsciously select what to reject, what to mirror. We have them in our bodies the way we were in theirs (“You have your mother’s neck,” said my dad, and I’d stare in the mirror, wondering if this was a compliment).

Such intimacy can be a battleground. In the borders of our relationships with our mothers lie the biggest loves, the hardest hurts. A fight with your mother is a unique kind of awful because you know each other so well, you can get into the sore spots with a single word. Then comes the guilt and disappointment that, in that moment, you weren’t your best self — the one she raised. My mom and I weren’t fighters so much as tender WASPs with stinging, unacknowledged feelings. In other relationships, at my most impatient and fuming, I see our dynamics at play sometimes, or a grey interpretation of us.

But the fights and fissures are necessary because the mother-daughter relationship is one that requires an exit — from home and, one day, each other. I know that my own daughter will go, and she is trying it out a little already. After years of being at my knee and hand in hand, that body I know so well is gone more often, at sleepovers and camp. On the nights she’s away, I go to her bed and look at the empty sheets, happy for the fullness of her life (she has my mother’s sociability gene, which skipped me), grieving for her impending absence.

When she returns and tells me her stories while I put on lipstick, I wonder what she will take from me, what she’ll shed. Adrienne Rich wrote that a mother and daughter share “a knowledge that is subliminal, subversive, preverbal: the knowledge flowing between two alike bodies, one of which has spent nine months inside the other.” I feel that a hundred times in one day with both my mom and my daughter — then not at all the next. It’s not static, this mother-daughter thing, but in motion every second, and exhilarating for that.

I live far from my parents, but a couple of years ago, I happened to be in my home city for Mother’s Day. My mother asked: “So are you taking me out for brunch? It’s Mother’s Day!” She said it like: “Duh.” She’s mellowed. So have I. I said yes, of course, happy to deliver in brunch form the most meagre thank you, to break the bread that speaks for us: How lucky am I to have had you as mine, backwards and forwards, these many years.

This piece was originally published in the May 2016 issue of Chatelaine.

More:
Shannen Doherty says her breast cancer is in remission: ‘I’m going to just breathe’
14 cute closed-toe sandals for when you want to keep your toes under wraps
The best neutral paint colours that aren’t white