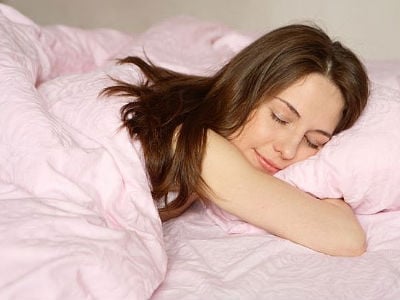 Finally, a scientific justification for that daily two-hour catnap: beauty sleep is real. According to a new study, people who are sleep-deprived are judged to be significantly less attractive than when they are well-rested. Let this be a lesson to all of us to get a full eight hours of rest a night – or suffer the ugly consequences.

The holidays are upon us, and for many that means long hours spent at busy airports trying to get home to loved ones. Thankfully, the New York Times has compiled a handy list of travel apps that will have iPhone users at the front of the line and first to check in.

Claire Danes has been happily pushing the new eyelash growth treatment Latisse since the summer, but a story in the New York Post is reporting that a source close to Danes says the prescription serum caused purple and yellow discolouration on her eyelids – one of the listed possible side effects of the product. Danes’ rep vehemently denies the rumour, though Danes did admit she experienced redness around her eyes when first using the product, but says it went away after a week.

Love him or hate him, Facebook founder Mark Zuckerberg has been named Time’s Person of the Year. The 26-year-old billionaire was thrown into the public eye with the release of The Social Network, a wildly successful film that chronicles the invention of Facebook. Time said Zuckerberg was chosen “for connecting more than half a billion people and mapping the social relations among them; for creating a new system of exchanging information; and for changing how we all live our lives.”

The Manitoba mother at the centre of a Supreme Court battle over the rights of the fetus is telling her side of the story for the first time. Known only as Ms. G, the woman came into the public eye when a judge ordered her into treatment because she was pregnant and addicted to sniffing glue. She challenged the judge’s orders, and eventually the case – which pitted the rights of the mother against those of her unborn fetus – reached the Supreme Court. The court eventually struck down the order that Ms. G seek treatment, as her rights were deemed superior to those of her fetus. Ms. G now says she sought treatment anyways, and is clean and doing her best to raise her five children.