The 6 beach movies you need to see

These timeless summer flicks are the next best thing to actual sand, surf and sunshine. 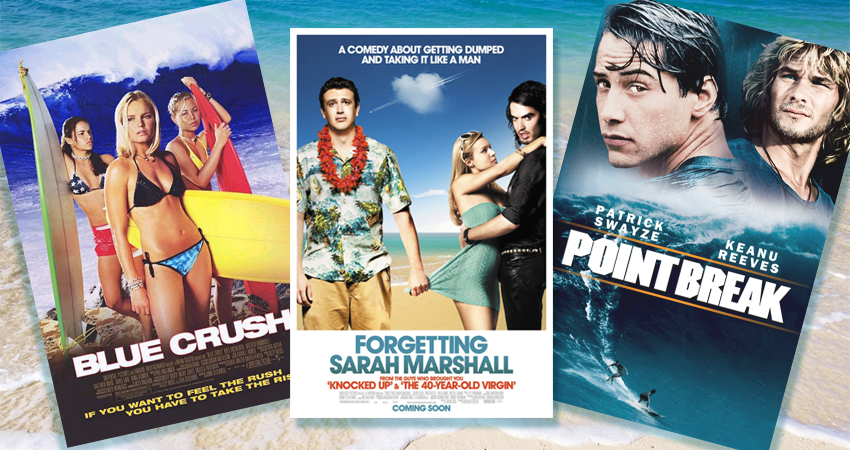 When she’s not riding the waves, Gidget’s trying to increase her bust and navigate a love triangle with fellow boarders Moondoggie and the Big Kahuna. Fun from the morning surf breaks to the midnight luaus, Gidget is the original beach party movie.

Frankie Avalon, Annette Funicello and their beach party friends mix it up with a gang of weightlifters, led by an obnoxious Don Rickles. Bonus cameo: Watch Little Stevie Wonder wail on the harmonica while beach babes shimmy on tabletops.

While not exactly a great film, Point Break is an essential part of the beach movie canon. In this aggression-filled surf heist movie, Keanu Reeves plays an uncover FBI agent opposite surf baddie Patrick Swayze. The dialogue is atrocious, but there’s plenty of fun to be had. And if you play this Point Break drinking game, you’ll warm up in no time.

If you can’t get to a Hawaiian surf school this winter, at least watch Kate Bosworth’s character ride the big-boy waves while all the surfers — and a pro football player — fall in love with her. Most impressively, her tiny bikini stays in place the entire time.

Proving that beach holidays aren’t always good idea, Jason Segel’s character ends up at an island paradise with his ex (Kristen Bell) and her new beau (the ridiculous Russell Brand). Luckily, he meets a sweeter girl (Mila Kunis), who looks just as good in a sarong.