Baby names are only getting weirder

Why we give our babies outrageous names; Anderson Cooper debunks the birther movement; Blackberry finally beats Apple; delaying having kids may stress you out more; and everything you need to know about kissing, losing weight and writing a resume (well, maybe not everything). 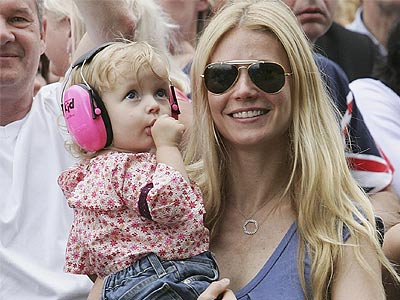 What do new parents look for in a baby name? According to one author and naming expert, today’s generation of moms and dads are looking for something unique. Laura Wattenberg, author of The Baby Name Wizard, says that 60 years ago, half of the babies born in the United States shared the same 25 boys names and the same 50 girls names. Today, moms and dads want their kids to stand out, hence the whimsical baby names of recent celebrity offspring, among them Apple, Dandelion, Kafka and Fifi Trixibell. It’s a list that makes good ol’ Jennifer or Benjamin seem strangely refreshing.

By now you’ve likely heard of the “Birther” movement, which questions whether Barack Obama is a legitimate American citizen eligible for the position he now holds. CNN journalist Anderson Cooper nearly single handedly put the movement to rest when he demolished Republican Texas State Representative Leo Berman on Anderson Cooper 360°, using irrefutable facts to reveal the flimsiness of Berman’s vague accusatory statements about Obama’s origins. Watch the interview and see Cooper throw Berman’s entire argument back in his face, accompanied by images of supporting documentation like Obama’s birth certificate. It’s hard to watch the ten minute interview and not come to the conclusion that the birther movement simply does not hold water.

Attention iPhone-loving hipsters: prepare to bow down in submission to your Blackberry toting friends. The Blackberry operating system has overtaken Apple’s iOS in web usage for the first time ever.  New statistics from an American web analytics team reveal that Blackberry took 34 percent of the market share in November, while all of Apple’s mobile web products combined – iPhone, iPad and iPod Touch – recorded only 33 percent. Looks like we’re ready to worship a less sleek but arguably more efficient mobile overlord – with an equally fruity name.

We hope this doesn’t mess up your family planning: new research shows that waiting to have your kiddies may be more stressful than having them young. The study has found that delaying marriage and childbirth is actually more stressful for parents, as it often means caring for an enfant during prime career years. Researchers also point to the fact that waiting could mean that health problems related to aging may occur before your children have completely departed from the nest.

What skill does the human race most desperately want to master? According to the internet, how to tie a tie. Recent data analysis conducted by Yahoo found that the most common question asked online in 2010 was “how to tie and tie,” followed by “how to lose weight,” “how to kiss,” and “how to write a resume.” If these results are any indication, we’re a bunch of overweight, unemployed, sloppy-tie-wearing bad kissers. Yikes.