Hackers threatened to expose the identity of the adultery site's users, arguing that they don’t deserve anonymity. Here’s why they do. 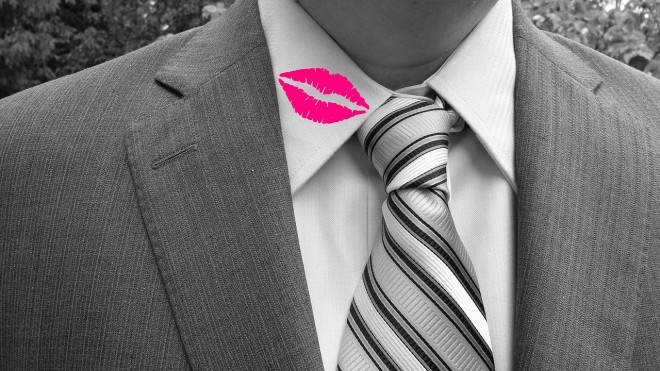 Ashley Madison has never been coy about its intentions. Based in Toronto and launched in 2001, the website connects married people looking for discreet flings, and promotes its service with slogans like “Life is short. Have an affair.” The company’s founder, Noel Biderman, once told a journalist, “infidelity has been around a lot longer than Ashley Madison” and given that, he argued, the site was a “safe alternative” to hiring prostitutes, lying about your marital status on a singles dating service or having an affair at work.

Whether or not you agree with Biderman (who’s apparently happily married himself — go figure), you have to hand it to him for being clear about his motives. The same cannot be said, though, about the hackers who compromised the site earlier this week, threatening to publish the records of its 37 million customers unless the site shuts down immediately.

The hackers say they are both protesting the site’s leaky security measures, specifically the fact that it charges a $19 fee to scrub user accounts but apparently doesn’t actually completely delete them, and shaming the “cheating dirt-bags” on the site who are owed “no such discretion.” The logic is muddy — if I understand it correctly: the site ought to protect the identities of the very same people the hackers think should be exposed — but then so are the ethics of privacy in the digital age.

A few days prior to the Ashley Madison hack, the U.S. website Gawker published a story outing a heterosexually-married male media executive who allegedly arranged a date with a gay escort while on business trip. Gawker, which has since pulled the story, justified it as being a fair critique of the double-life of a high-powered media figure. But for a lot of people, myself included, there appeared to be no public interest — such as the revelation of criminal activity or corruption — in naming the executive and the merits of the story as “news” were slight. In fact, the only value in this situation and the Ashley Madison hack seems to be the chance to revel in the humiliation and destruction of others.

Sure, an argument can be made, along the lines of the hackers’ rationale, that dirt-bags aren’t entitled to privacy, and that there’s something noble in exposing people who behave badly. But then, who gets to decide who’s a “dirt-bag” and what’s bad behaviour? If moral standards are to be determined by the fleeting fancies of hackers and journalists, then it’s only a matter of time before all of us have our dirty laundry rifled through and aired.

More important, though, than the fact that we all live in glass houses, is the fundamental human need to keep parts of ourselves and our activities private. Our intimate lives are how we establish our sense of self and build ties to people who we trust and cherish. Having power to decide for ourselves what we wish to share with the world — whether it’s an affair, our sexual orientation, our medical history or our childhood nickname — is a right, not a privilege. And it’s a right that we need to be vigilant about in an era where we reveal ourselves with every keystroke, Google search, status update, phone call and text.

A few years back, the federal government proposed amendments to the Criminal Code that would have given authorities, like police and CSIS, the power to demand access to subscriber information from internet and phone providers without a warrant. In response to criticism about overreach and the undermining of civil liberties, then Minister of Public Safety Vic Toews said that opponents “can either stand with us or with the child pornographers” — a chilling rationalization for government surveillance that might have been written by George Orwell. The bill was eventually shelved, but the sentiment of Toews’ argument lives on: If you’ve done nothing wrong, then you’ve got nothing to hide.

But here’s the thing: Framing the issue of privacy as something only bad people want hurts good people, too. Not just because those good people will eventually screw up themselves someday, but because all of us are entitled to a few secrets of our own.

More columns by Rachel Giese:
Gynaecologists use IUDs. Why don’t the rest of us?
The collarbone challenge: yet another way to glorify thinness
The Internet just got a little bit more woman-friendly