Twenty wounded and six dead in Arizona shooting; the last smokers; something to make that dentist trip a little easier; an increase in abortions in China; and the film critics’ top pick for 2010 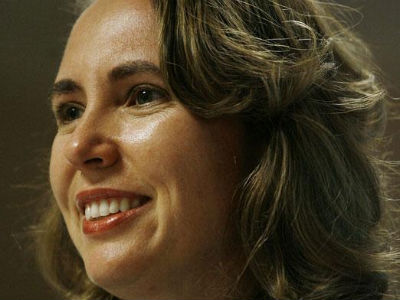 A gunman injured 20 people and killed six when he opened fire Saturday at an Arizona supermarket where a congresswoman was meeting her constituents. Congresswoman Gabrielle Giffords was shot in the head and is currently in a medically induced coma. During periodic periods of consciousness, Giffords has been responsive and reacts to simple commands like “squeeze my hand.” She is still in critical condition, though doctors say they are “cautiously optimistic.” The shooter was Jared Lee Loughner, a disgruntled 22-year-old college dropout, and preliminary evidence suggests the incident was a premeditated assassination attempt on Giffords. Among the six dead is Christina Green, a nine-year-old girl with a keen interest in politics.

A new report based on the analysis of British smoking habits made the bold prediction that all smokers may die out within the next 30 to 50 years. Right now one in four Americans smokes, down from one in five 10 years ago, and the number of smokers in New York City declined by 19 percent from 2002 to 2006.

Though we all know it’s important to visit the dentist regularly, a natural dread of the drill can make even the most diligent brusher reluctant to make an appointment. Now, a team of British researchers has invented a headphone device that blocks that alarming drill sound. Dentists and researchers are hoping the new device will encourage those wary of the dentist to make the trip more regularly.

Official government data shows that abortions are on the rise in China among young single women. It’s a shift from the past, as abortions in China were previously used primarily to enforce China’s one child policy. While some blame the shift on new liberal attitudes in China, others say it’s because bureaucratic red tape makes it difficult for single women to raise children in the world’s most populous nation.

The critics have spoken, and The Social Network was the favourite flick of those in the know in 2010. The National Society of Film Critics, which includes marquee critics Roger Ebert and Kenneth Turan, awarded the Facebook-themed flick best picture along with three other awards. The Critics awards rarely indicate who will win big at the Oscars, but often help bring lesser-known films to the attention of voters.