Sometimes, when I am alone, I will go into the kitchen and begin to eat things that I pretend I don’t eat when I’m among friends, colleagues and family. 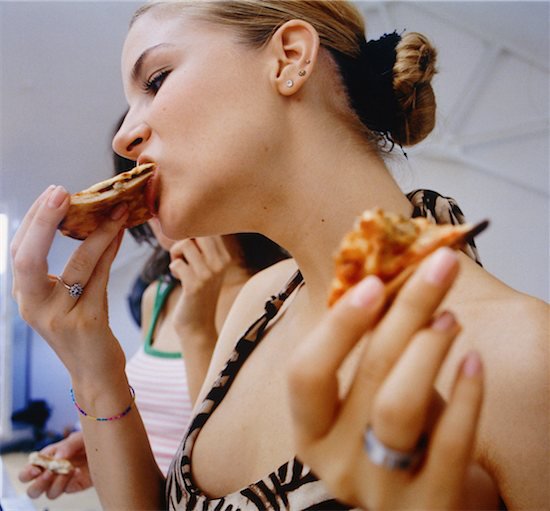 Sometimes, when I am alone, I will sneak into the kitchen and begin to eat things that I pretend I don’t eat when I’m among friends, colleagues and family. Things like tiny powdered donuts (entire rows will disappear in a single inhalation), fistfuls of Peanut M&Ms, slabs of lunchmeat, Cheez-Whiz layered on thick slabs of Texas Toast and an entire bag of Old Dutch potato chips.

While it can get pretty ugly some nights, I have to admit there’s something about eating in secret that is oddly satisfying—it’s kind of like living a double life (subbing in the word “life” for “portion”).

I’m not surprised by a recent consumer survey (via The Daily Mail) that suggests a lot of women indulge in similar behaviour.  According to the poll by the American Pistachio Growers, one in three women confess they snack in secret, primarily out of a sense of guilt.

A further two thirds of those polled said they conceal their stealth consumption even from their nearest and dearest. (Presumably only the family dog knows about the ladies’ late-night pantry raids.)

The poll also uncovered more unique behaviours when it comes to snacking, revealing that 40 percent of the women polled admit to hiding their treats in the house (the old ‘back of the cupboard and drawer trick’. I know it well.). The reasons for the concealment were various: 31 percent said it was the result of shame or guilt about how much they ate, while the majority admitted that the reason they hid their Smarties behind the microwave was sheer greed—i.e., they didn’t want to share! (I think I’m both greedy and guilty.)

Is there anything wrong with secret snacking every once in a while? That’s really up to the snacker to determine for herself. For me, it’s a mix of pleasure and shame—kind of like watching The Real Housewives of Vancouver. I know it’s bad for me, but I can’t resist the temptation every once in a while.