Are we still paying the ultimate motherhood penalty?

According to research, women still have difficulties juggling between having a baby and advancing in their career 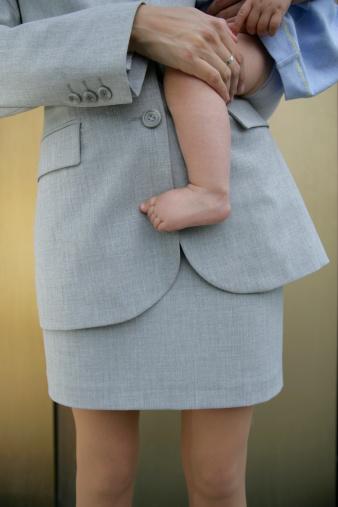 It happened again the other day. A friend and I sat down over coffee and she told me she wouldn’t be returning to her job after her maternity leave since her position was eliminated. I feel like I’ve had many of these conversations—one friend found out about her job change, to one she knew nothing about, via the company’s website. Another, shoved off to head up a lower-profile department.

Mommy-tracking, motherhood penalty…it can be an invisible set of brakes on a woman’s career. It’s something working moms discuss in low whispers, where they talk about putting in long hours to look like they’re working the same number of hours as their childless colleagues. Or some avoid talking about their children altogether so as not to remind their boss and coworkers that they’re mothers. And then coming across this article in Slate, where it notes that women are picking careers these days not solely on what they’d like to do, but more on how family friendly the profession is. It seems we haven’t come that long a way, baby.

“Mommy-tracking is very real for women,” says Pamela Stone, a sociology professor with the City University of New York and author of Opting out? Why women really quit careers and head home. “There’s a lot of research that shows that women’s careers slow down and that there’s a motherhood penalty to earning as well.”

So what can we do about this? Stone has some suggestions:

• Reach out to human resources: “Talk to your HR professionals and use whatever resources they have out there because you need to know what your rights are within your company,” she says.

• Don’t go solo: A lot of times women are even afraid to voice that they’re pregnant. “And what I’ve found in my research is that women aren’t speaking with their colleagues or anybody else, they’re really trying to solve the situation all on their own,” says Stone. “That often means the solution isn’t as good as it otherwise might be. They’re not reaching out for help because they fear being mommy-tracked. So it becomes a vicious circle.”

• Think personalization: Once you’re a parent, think creatively about your work situation. “So many of these situations have to be customized or tailored or worked out on a one-on-one basis because everybody has different needs,” Stone explains.  If you have a plan in mind, present it to your boss with reasoning for why it works—such as working from home one day a week. “It’s surprising in this day and age how many times women are telling me they’re the first one to try to work flexibly,” says Stone. She also recommends going in with your preferred plan and a fallback in case your employer doesn’t agree to what you’re proposing.  If you sense your boss is wavering, suggest trying your plan for say 60 days  then evaluate whether it’s working or not.

• Be visible: During your maternity leave, don’t wave bye-bye for 12 months. Instead be present in the office once in awhile, babe in arms, if you think such a gesture is welcome. Even hire a babysitter on occasion so you can sit in on key meetings. Also stay in touch with supervisors while you’re gone via phone conferences and e-mails.