Are romance novels really as addictive as pornography?

I’ve always thought of romance novels as fairly harmless. Gross, yes. But dangerous? Not quite. Is this naïve? Because a recent article on a Utah news radio site (via GalleyCat) has gained attention for suggesting that romance novels are as addictive as pornography. 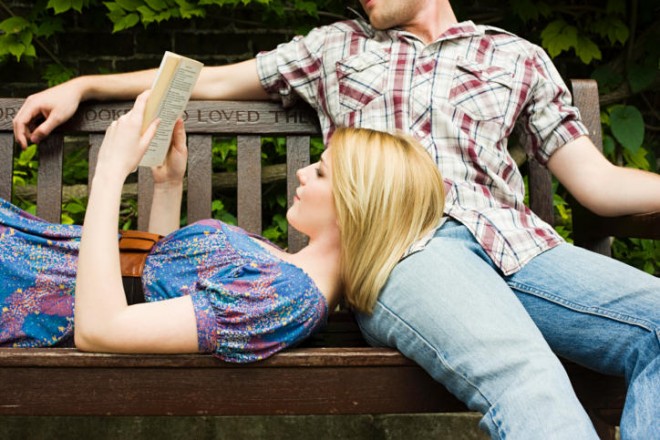 When I was a kid I found a stash of Playboys in the basement of a male relative. I was both shocked and thrilled and immediately alerted my female cousin to the discovery. The two of us spent a quarter of an hour giggling over the centerfolds in all their naked-lady glory. When we were finished we put the magazines back where we found them, climbed the stairs, and looked at our male relative with new eyes. If eyes could speak, mine would have said “yuck”.

Had we come across a box of romance novels in that basement, I don’t think I’d have been as shocked or as interested in investigating the contents. Though I’m sure we would have had a good laugh at the idea that this remarkably practical adult male was in fact a closet romantic, who longed to wear a puffy shirt and call his wife ‘milady.’

I’ve always thought of romance novels as fairly harmless. Gross, yes. But dangerous? Not quite. Is this naïve? Because a recent article on a Utah news radio site (via GalleyCat) has gained attention for suggesting that romance novels are as addictive as pornography.

In the piece, author/life coach Kimberly Sayer Giles presents the argument that romance novels have the same effect on a woman’s brain as pornographic images have on a man’s—basically they stimulate the heck out of them! She quotes a psychologist and a therapist who claim that this chemical reaction may even constitute a form of addiction.

This addiction can become serious in the sense that it affects one’s life. For example, excessive consumption of romance novels can negatively affect a woman’s marriage or keep her single by giving her an unrealistic idea of love and sex.

The article offers tips for women who may feel that they’re potentially addicted to racy novels: Get a hobby, read something else, and get a “real life” are three suggestions.

I don’t read romance novels, but I’ve been known to watch a lot of questionable TV if the actors are cute. And while I think the comparison between pornography and racy novels is relevant, I can’t say I’m convinced about the potential dangers of romance novels quite yet. I’ve yet to encounter a dangerous offender with a passion for Harlequin romances.

But whether it’s pornography or romance novels or even cheesy TV, defining what’s a problem and what’s a silly indulgence is probably fairly easily determined—if you find yourself automatically rejecting a suitor because he shows up at your front door in a Subaru rather than on the back of a Gypsy horse with flowing mane and tale, then perhaps it’s time to test drive some new reading material. Jonathan Franzen, anyone?