Are most of us as crazy-silly as Lady Gaga?

This week, I had an epiphany while watching a clip from HBO’s new backstage documentary about Lady Gaga, Monster Ball. (It airs on HBO Canada on May 7.) I realized that women waste a lot of time feeling like losers. 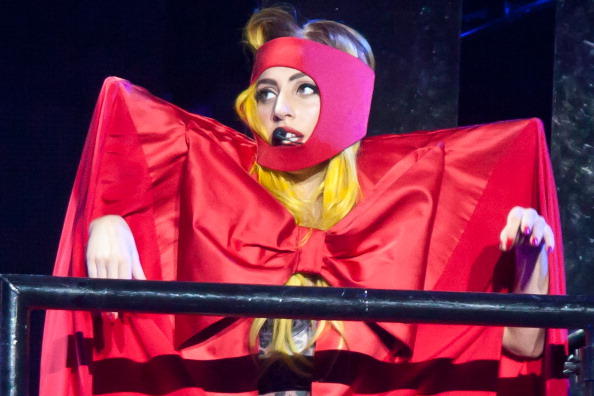 This week, I had an epiphany while watching a clip from HBO’s new backstage documentary about Lady Gaga, Monster Ball. (It airs on HBO Canada on May 7.) I realized that women waste a lot of time feeling like losers.

In the clip, which you can see here, Lady Gaga gets teary in her dressing room after performing at Madison Square Garden. Perhaps she’s exhausted or hormonal (currently, I’m both!) but something prompts the singer to break down and confess that she still sometimes feels like a “loser kid in high school.”

Gaga’s tearful admission is the kind of intimate moment that I’m sure was supposed to humanize her, and it did. Just not in the way she may have hoped. She was all-too-human in this moment: She looked silly.

It was while listening to Gaga recite the all-too-familiar “loser” script, that I realized how truly ridiculous it is to watch a grown woman talk about herself in such juvenile terms, and especially when all signs indicate that she’s doing pretty well for herself. This wasn’t an entirely comfortable moment for me, however, because like Gaga, I’ve pulled the old “I feel like a loser” card out more times than I care to admit.

We’re not losers, Gaga. Nah. We’re just painfully immature. I’ve whined and moaned about my “loser” status to friends and family so often over the last two decades that I sometimes wonder why they continue to take my phone calls. Listening to Gaga indulge herself, I suddenly pitied my mother. Does she feel as exasperated and bored with me when I’m pulling the same routine? (Don’t answer that, mum.)

What makes Gaga’s crying jag even goofier is how quickly she veers to the opposite extreme. In the space of an exhalation, she goes from calling herself a loser to declaring she’s a “superstar.” Perhaps by rights Gaga can claim to be a superstar (though I’m more inclined to call her a “singer”). But you have to wonder if that isn’t just as goofy as thinking you’re a loser. It’s certainly as extreme.

I can’t carry a tune, but I’ve often consoled myself with thinking I’m so much better than everyone who may have made me feel like a loser. I’m special! I’m going places! (For example, the grocery store right after I write this.)

Like pigtails or sparkly fingernail polish, there are some things you shouldn’t indulge in after the age of 18. Calling yourself a loser is one; thinking you’re a superstar is another, and alternating between the two extremes has definitely got to go. Thank you Gaga for making me see how truly silly this way of thinking can be. In future, I think I’ll skip the loser stuff, bypass the superstar talk and move right on into the more complicated role of adulthood.