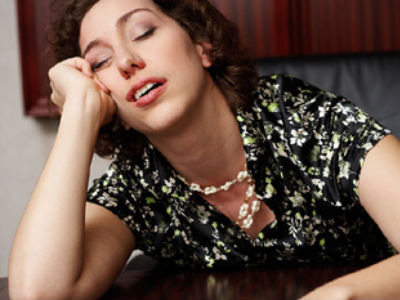 Moms these days feel so much pressure to be perfect that they’re resorting to telling fibs to their fellow moms, a new survey reveals. The website Netmums surveyed 5000 moms, and found that moms will often lie about little things like how much television their kids watch or the amount of quality time they spend with their partner. Some even fudged the truth when it came to sharing what they fed their families. Surprisingly, most mothers reported that the pressure came from their peers, rather than from television or the media.

According to a new study, beautiful people are generally smarter than average looking people. Thanks a lot, science. The study was conducted by scientists at the London School of Economics, and found that attractive men and women generally have higher IQs than regular folks. Lead researcher Satoshi Kanazawa says this is because it is easier for attractive men to get better jobs, and that once they have more money, it becomes easier to attract hotter, smarter wives. It only makes sense, he says, that their kids would be both attractive and smart. “Our contention that beautiful people are more intelligent is purely scientific,” he said. “It is not a prescription for how to treat or judge others.” Right.

Just when you thought they couldn’t pack any more caffeine into a single paper cup, Starbucks comes out with the Trenta. The new cup size is even bigger than the mammoth Venti, and holds 910mL of coffee – 10mL more than the human stomach can hold. Looks like you’ll need a few bathroom breaks before polishing off that near-litre of mocha latte.

Many banks and businesses have absurdly strict dress codes for women, but now there’s a bank that hold its men to the same bizarrely exacting standards. The Swiss bank UBS has rolled out their dress code, and it’s 43-pages long. Recommendations for the ladies include avoiding “trendy spectacles” and the patronizing advice that “Light makeup consisting of foundation, mascara and discreet lipstick … will enhance your personality.” But what really caught our attention were the tips for men, among them, not to use too much hair dye because “artificial color contrasts excessively with the actual age of your skin,” to avoid ties that clash with the “morphology of the face,” and that underwear “should be of good quality and easily washable, but still remain undetectable.” We wholeheartedly concur, especially on that last one.