Another good reason to avoid tanning beds this winter

Miss the warm sun on your skin? Join the whey-faced S.A.D. club. But don’t mistake the heat-lamp effect of your local strip-mall tanning bed for sunshine—or frankly, even a good idea. 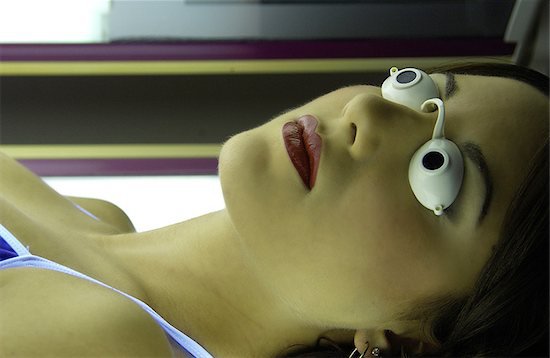 Miss the feeling of the warm sun on your skin? Join the whey-faced S.A.D. club. But don’t mistake the heat-lamp effect of your local strip-mall tanning bed for sunshine—or frankly, even a good idea.

The number of studies that link tanning bed use to skin cancer and the premature aging of the skin should be enough for most people to say ‘no, thanks’ to a weekly fake and bake. But just in case you remain unconvinced by the case against fake tanning—in 2008 WHO researchers called it “carcinogenic to humans”—here’s another potential side effect to haunt your mahogany-tinted dreams: it’s potentially addictive (via NY Times).

Curious to find out why people continue to tan artificially in spite of frequent health warnings, scientists from the University of Texas decided to observe the brain activity of seven frequent tanners. What the researchers discovered: UV rays can trigger the reward centre of the brain, a primitive area that is also stimulated by alcohol, food, sex and drugs.

For some experts the study goes a long way to confirming speculation about the potentially addictive quality of fake tanning. The NY Times article cites a 2005 study that linked substance abuse disorder with a large proportion of self-professed sunbathers.

While it may be difficult to say goodbye to the youthful, sun-kissed glow that comes with summer weather, take consolation in the fact that summer returns every year—hey, it’s only a few months away.

In the meantime, make the most of looking ‘pale and interesting’. Buy a crushed velvet jacket and paint your lips blood-red—you could even make a whole Twilight theme out of it. Robert Pattinson doesn’t seem to mind being as white as the underside of a trout 365 days of the year, why should you?

And if patting yourself on the back for heeding expert advice against fake tanning doesn’t trigger the reward system of your brain, book a cheap weekend in a sunny climate (sunscreen included).