'You should have six people.' 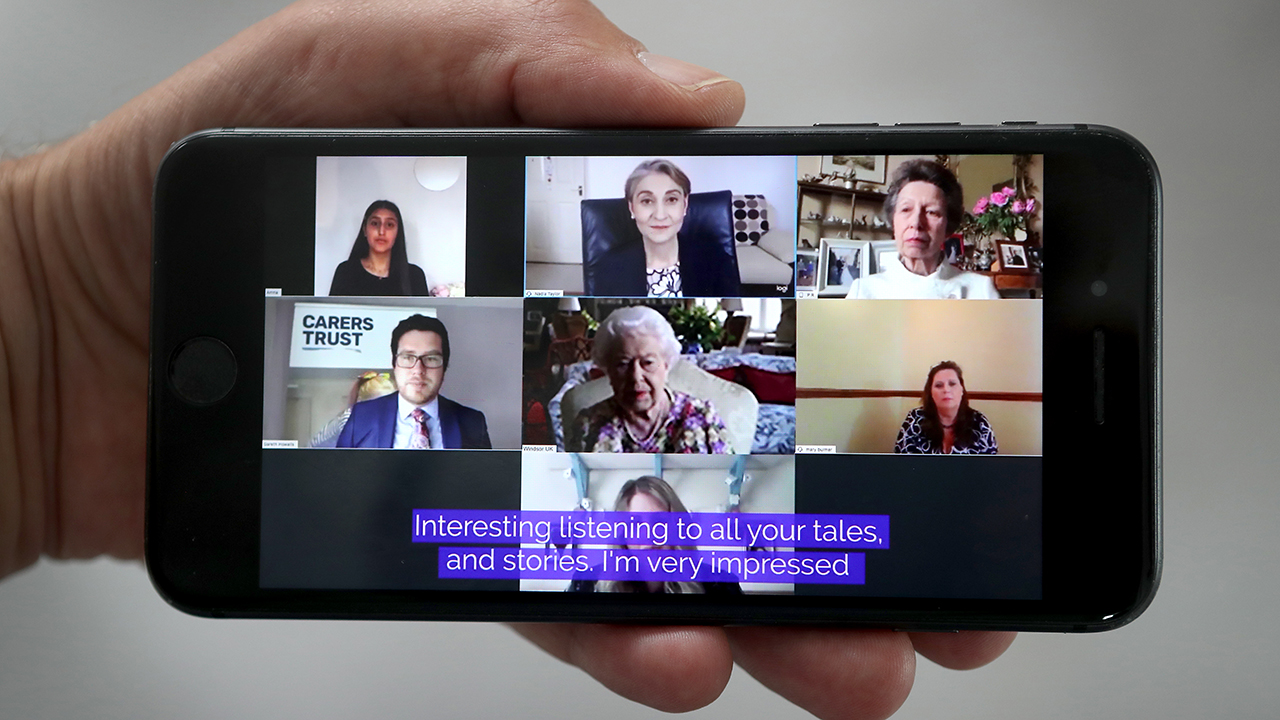 Princess Anne is known for her great sense of humour, and she displayed it during a recent video call with the Queen during the coronavirus lockdown.

In a clip shared by ITV reporter Chris Ship, the Princess Royal is seen saying hello to her mother on a Zoom call, greeting her from Gloucestershire, while Her Majesty was at Windsor Castle. The royals were connecting with several carers and hearing about their struggles and successes during the COVID-19 pandemic.

“Can you see everybody?” Anne asks in the video, after greeting her mother. “You should have six people on your screen.”

“Yes, well, I can see four, anyway,” the Queen replies.

“Actually, you don’t need me,” down-to-Earth Anne quickly quips. “You know what I look like!”

NEW: A first look behind the scenes of those royal video calls 💻
Watch how Princess Anne tried to teach her elderly mother about @zoom_us.
But her elderly mother is, err, the Queen.
🎥 A great clip from tomorrow’s documentary ‘Anne: The Princess Royal at 70’ on @itv 9pm 👇 pic.twitter.com/duHzozH2x5

The clip will be included in Princess Royal: Anne at 70, a documentary that will air on July 29 in the U.K. to celebrate Anne’s milestone birthday.

Earlier this week, it was revealed Anne had given an interview to ITV for the documentary in which she sounded off about her portrayal in The Crown. She humorously said she doesn’t understand why it takes so long to recreate her famous bouffant hairstyle in the Netflix series.

“Actually, I read an article the other day about the – I don’t watch Netflix and The Crown… but the actress was talking about how long it took them to do their hair like I did,” the Princess Royal commented. “And I’m thinking, ‘How could you possibly take that long?’ I mean, it takes me 10 or 15 minutes.”

Her comment was in response to an interview from Erin Doherty, the star who portrays the Queen’s only daughter. Last year, Erin said Anne’s hair sometimes took two hours to replicate.

“It’s its own beast,” Erin said at the time. “Literally, I would sit in the chair, people would come in and go and come in and go, and I sat still in the same place. But it was so necessary for her character because it felt like her hair and her fashion were the way that she was able to express herself…”