40 Years Ago, I Was In An Abusive Marriage. Today, I’m Ready To Talk About It

In telling my story, I have found a way to shed the shame that has clung to me for so long. 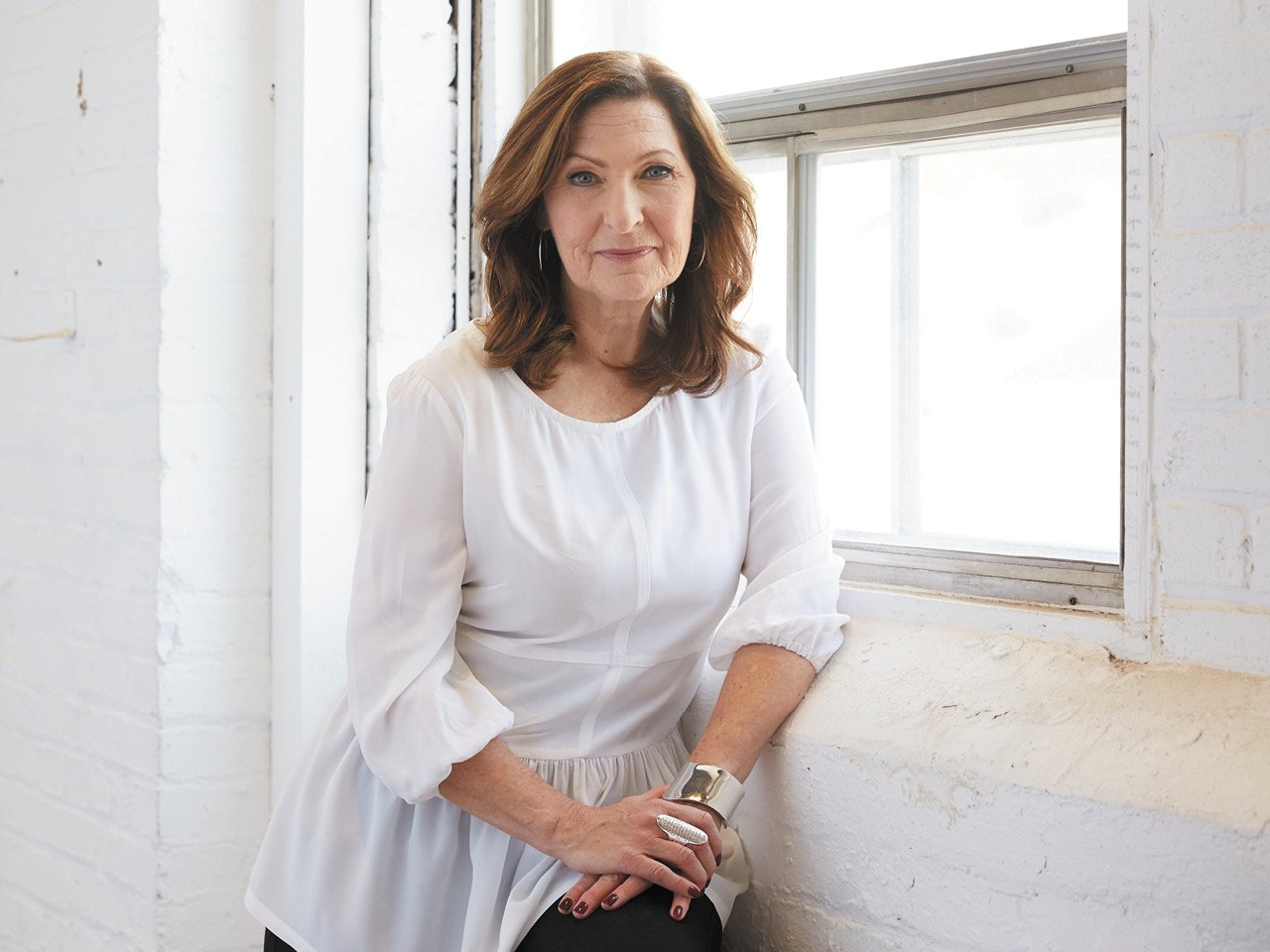 I was walking home down a poorly lit Halifax street at the tail end of winter one night when the reality of my life began to sink in. I was a news reader at a popular FM music radio station back then, and for days I’d been broadcasting warnings from the police about a man who was sexually assaulting women in the city.

I remember looking over my shoulder and hurrying along, reminding myself that I was vulnerable walking alone in the dark. And then I stopped myself. I realized that I was in far greater danger once I walked in the door to my own apartment.

I was 23 when I eloped with my first love. Pat and I met working at a small-town newsroom in Nova Scotia and became fast friends. He was a fun, spontaneous dreamer and before long, I was smitten.

We were married in a judge’s backyard in the Annapolis Valley on Thanksgiving weekend in 1980. Four friends joined us to celebrate, and on the way down the Fundy coast to a cluster of rented cabins, we happened upon a sign outside a neighbouring town. We couldn’t resist. We climbed a farmer’s fence and posed for our perfect wedding photo: my long white dress billowing around him, both of us beaming in front of a giant “Welcome to Paradise” sign. 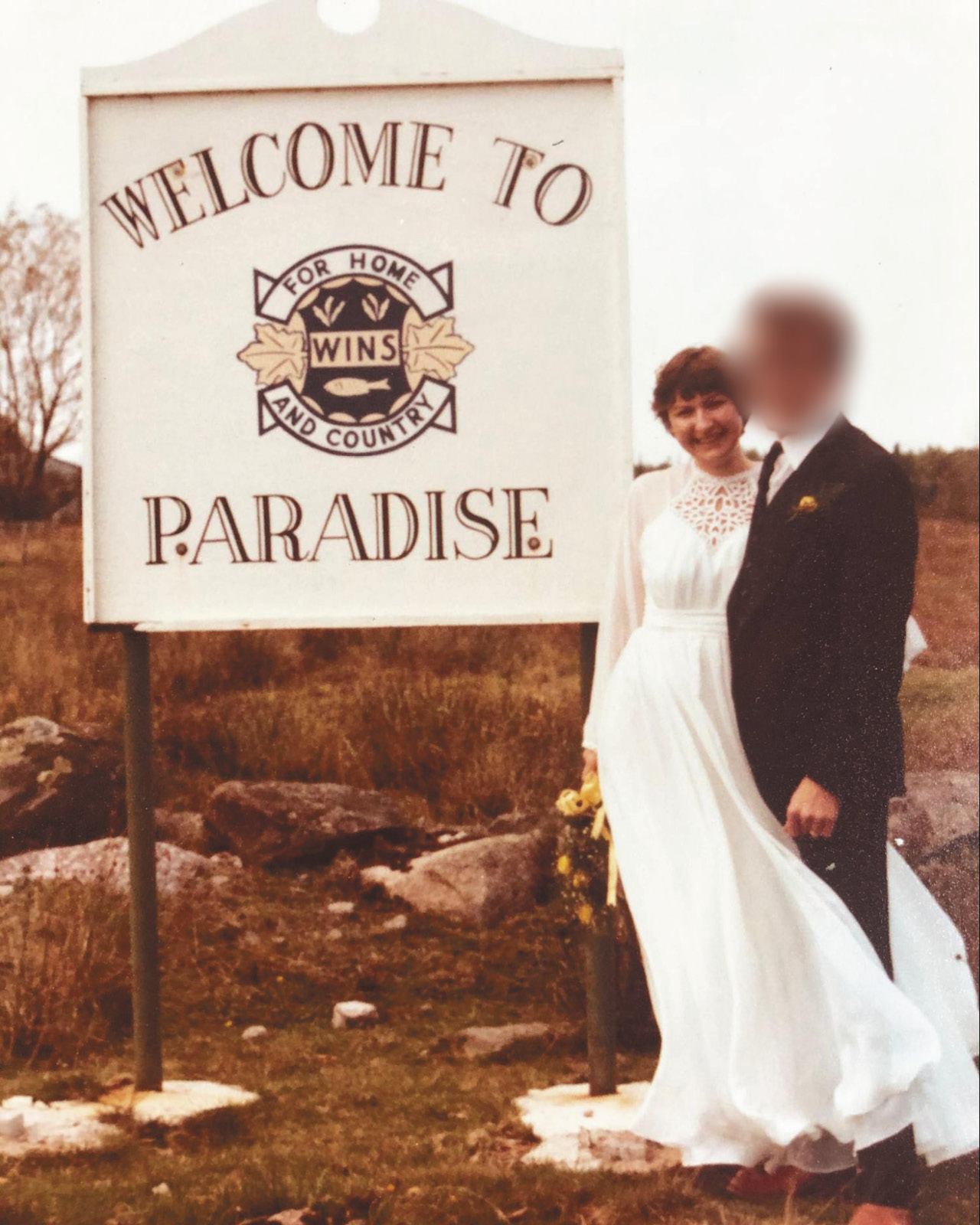 On that day, I envisioned a life of being a mom, and a journalist and world traveller with Pat by my side. Instead, within a couple of months of our marriage, he had begun to beat me.

The first time he attacked, I had no idea what was happening. For days, he’d been distant. I sensed something was wrong and I wanted him to talk to me. He ignored me at first. So I tried again.

And then he just blew. He hurled a pot of coffee at me, and as I turned to get out of the way, it hit me. And then he began pummelling me with his fists. I was hunched over, my back wet with coffee, and he just kept punching and yelling. When I remember that scene now, it is as if everything is in slow motion: I freeze, unable to move; I can’t understand why he is doing this.

When he stopped, I ran to the bathroom and locked the door. I pulled up my shirt and twisted around to look at my back in the mirror. It was covered in red marks that were already changing colour. “Wow,” I thought, “I bruise so easily.” It would take a while to realize that I only bruise like that when someone hits me.

A few hours later he sat across from me at the kitchen table and in a very calm and measured voice explained that he attacked me because he had no choice. “You drove me to it,” he told me. In my hurt and confusion, I believed him.

I wanted to assume that incident was a one-time thing. But it kept happening. After, there were never apologies, only his stern insistence that I had driven him to it. Sometimes, he’d be psychologically abusive—on a camping trip he left me on the side of the highway and drove away, angry that I was eating potato chips. Most times, he’d attack me physically: punching, kicking and choking. In between, we were socializing with friends, each of us doing our best to appear like a loving couple.

I told no one. I was not only embarrassed and ashamed, I’d bought into the idea that I was responsible for his violence. So I dressed carefully to hide my bruises and hoped that if I altered my behaviour it would all go away.

Instead it got worse. One Sunday evening, after a particularly long and brutal day of enduring his yelling and punching, the police knocked on the door. And like so many others caught in the trap of intimate partner violence, I covered for him and sent them away.

I knew what was happening was wrong. I’d resent him and want to leave. And then I’d waver, so immersed in my own miserable world that I didn’t see a way out, so accepting of his narrative that I blamed myself.

At one point, he’d attacked me on a short vacation, and then left me behind. I returned home on an overnight train convinced that I could save our marriage by pledging to be a better wife. But he had his own message for me when I got home: He told me that if I didn’t leave, he’d kill me. “It’s just a matter of time,” he said.

I left. And when I returned, ever hopeful, several days later, he beat me more viciously than he ever had before. I was an emotional wreck by this time. I had a job interview a few days later—my first with CBC Radio—and I forced myself to show up and pretend nothing bad was happening in my personal life. I remember spending a lot of time figuring out what to wear to hide the ring of purple fingerprints around my neck. 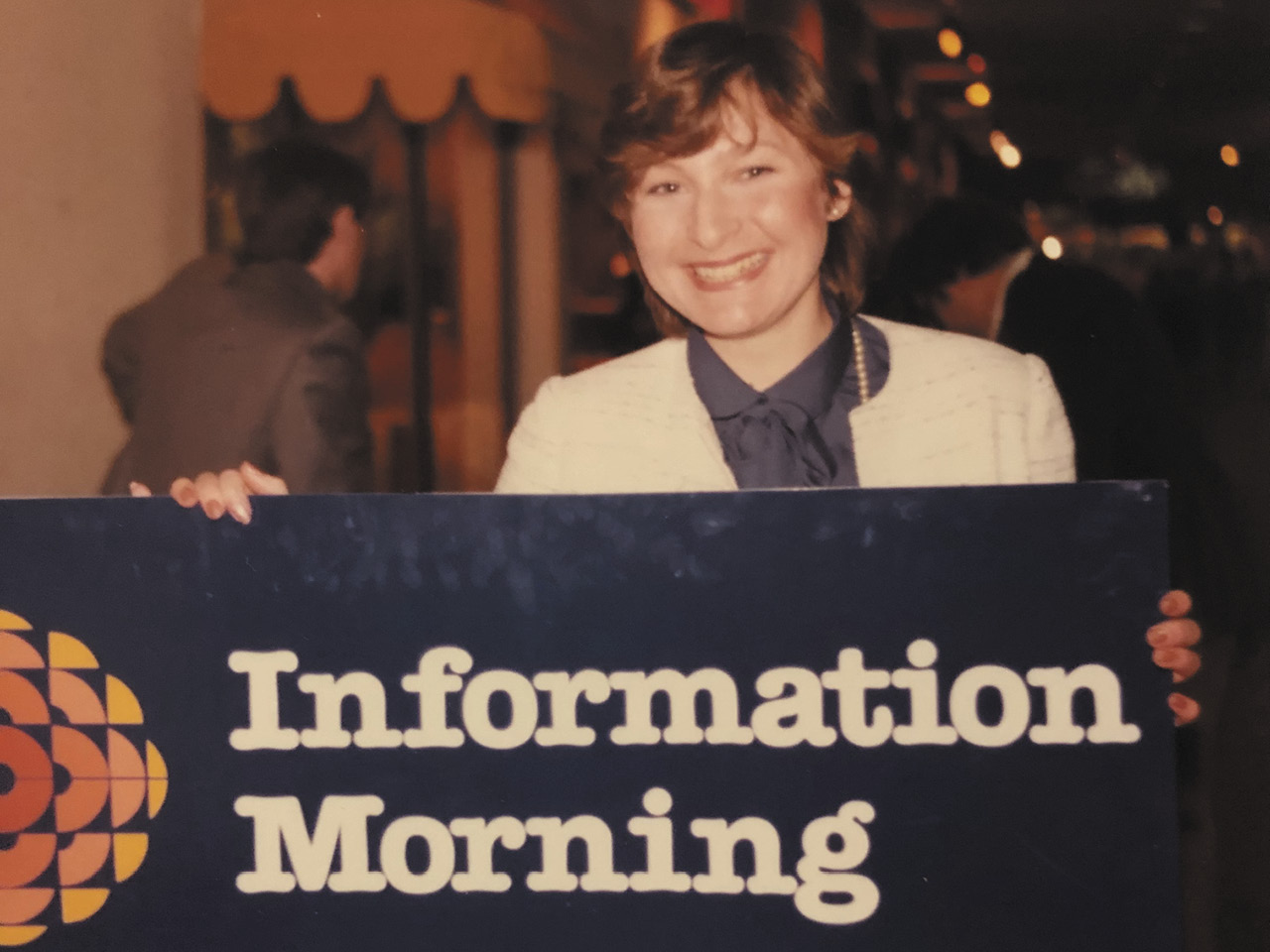 All of this occurred before our first anniversary. I felt like such a failure. Despite getting that job and starting what would be a terrific career with the CBC, I battled suicidal thoughts and deep depression. And even when those feelings eventually lifted, a deeply embedded mix of shame and self-blame that I couldn’t identify until recently followed me for decades, ensuring I didn’t say too much about what had happened.

It took me two years to tell my parents why the marriage ended. And though, over time, I have told friends and family that I was in an abusive relationship, I’ve never been specific about what Pat did to me.

I wanted to share my story sooner, but I struggled with how to do it. I’ve interviewed many women about their experiences with domestic violence and believe it should be talked about, but it never felt right to shift the focus over to me.

One day, I surprised myself. I was taping an interview with a woman whose story of abuse was so extreme that we disguised her voice and identity to shield her from her ex-husband. About halfway through, I asked our technician to stop recording because I thought the details she was sharing would still make her vulnerable. As we talked through that moment, I felt the sudden need to tell her a bit about what happened to me. I had never done that before. The silence that had felt appropriate for so long started to feel like a sin of omission.

Given my comfort with audio storytelling, it made sense to tackle this issue in a podcast. I’d had therapy years before and it had been helpful, so I thought working with a therapist again would keep me on an even keel as I dredged up scenes from my past. In the midst of COVID-19, I began sessions with Toronto psychotherapist Farzana Doctor over Zoom. (In fact, we’ve only ever met over Zoom.) We each also used sophisticated recording gear in case there were snippets of conversation I might want to use.

Over the course of about a year, Farzana used different techniques to probe my ongoing discomfort with my past. She had me converse with my younger self. And she helped me connect my physical sense of being with my memories through something called Emotional Freedom Technique, “tapping” on parts of the body while talking through emotionally challenging material.

Instead of being a small addition to the podcast, those sessions became a powerful thread. I was able to identify that shame and self-blame I had never confronted. I visualized them as a braid wrapped around my pain, and realized I could pull them apart. With Farzana’s guidance, the burden I’d carried so long began to fall away.

I went into the making of this podcast intent on exploring the long tail of intimate partner violence. I unexpectedly ended up healing myself.

I hope other victims of intimate partner violence who hear my story will understand that they are not alone. I want them to know they are worthy of a life where they are treated with real love and respect. And that the shame they may feel is not theirs to carry. It belongs only to the person who hurt them.

Welcome to Paradise is available now on CBC Listen and wherever you get your podcasts.