Why Angelina Jolie-Pitt is our new body acceptance icon

If she can embrace aging and menopause, so can we. 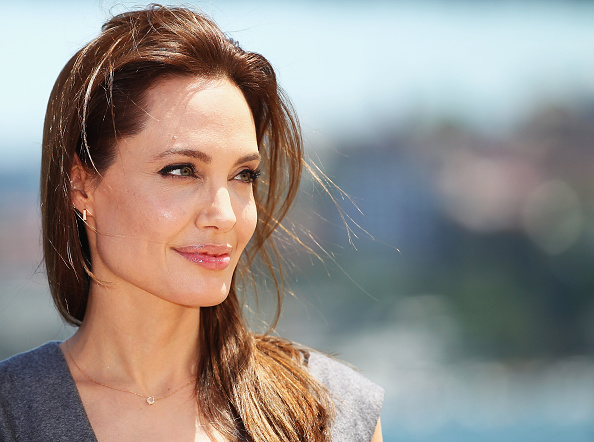 When we talk about body acceptance, we’re usually referring to the weight and overall shape of our physique. But as we get older, loving all of our parts gets a little more complicated. For many women, this isn’t an easy thing.

Enter Angelina Jolie-Pitt. The Oscar-winning actress is making headlines for telling Australia’s Sunday Style that she actually enjoys menopause! Can we just pause for a moment to take that in? (Perhaps an emoji is in order, yes? 🙌)

“I actually love being in menopause,” she said, noting she hasn’t experienced any serious symptoms. “I feel happy that I’ve grown up. I don’t want to be young again.”

Angelina had her ovaries and fallopian tubes removed back in March—two years after a double mastectomy—which propelled her into early menopause. As she explained in her op-ed for the New York Times, it was a surgery she elected to have because of her increased risk of ovarian cancer. Her mother, who died from cancer at 56, also had the same procedure but struggled with its implications.

“I went to the hospital to visit my mom when she was about to have her ovaries removed,” Angelina told Sunday Style. “She was very upset, feeling like they were taking out the parts of her that were female.” Angelina goes on to say that her hubby, Brad Pitt, helped her maintain perspective on what the changes she was going through meant.

“[Brad] made it very, very clear to me that what he loved and what was a woman to him was somebody who was smart and capable and cared about her family, that it’s not about your physical body,” she said. “So I knew through the surgeries that this wasn’t going to be something that made me feel like less of a woman, because my husband wouldn’t let that happen.”

If Angelina—celebrated as one of the most beautiful women in the world—can embrace aging, in addition to her changing body as a result of multiple surgeries, maybe we can do this, too.