An illustrated history of our favourite super-sharp kitchen tool 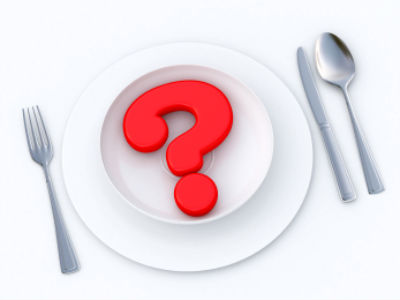 Can you name the razor-sharp kitchen gadget that chefs these days can’t live without? It’s the Microplane Grater, used for zesting citrus, grating hard cheeses, and rendering many other substances into teensy weensy pieces. The super-sharp apparatus began its life as a hacksaw used in carpentry, and slowly morphed into the handy kitchen tool so many of us now use to attack our Parmesan. For a fascinating history of the Microplane Grater care of the New York Times, click here.

Sarah Palin opened her mouth yesterday, and, as per usual, promptly inserted her foot. The feisty Alaskan posted a prerecorded speech to Vimeo, in which she asked the media to stop blaming the Arizona tragedy on political rhetoric. Fair enough. Unfortunately, she also used the term “blood libel” to accuse journalists and pundits of unfairly blaming the attack on vitriolic discourse. Blood libel is an anti-Semitic term used to falsely accuse Jewish people of murdering non-Jewish people (usually children) to obtain their blood for use in Passover rituals. Why Palin used the phase is not yet clear, but she’ll likely explain herself in the coming days.

Kate Hudson is “in the family way.” That’s right, the spawn of Hawn is having another child, this time with boyfriend Matthew Bellamy of the band Muse. Hudson already has a seven-year-old son from her previous marriage to Chris Robinson, and though this new pregnancy was unplanned, Hudson says they are “excited and embracing it.”

Do you ever get your nails professionally done at a salon? And have you ever popped your freshly painted or gelled fingertips under the glowing blue light of a UV dryer? If so, you likely exposed yourself to cancer causing UVA rays. That’s what some doctors are warning their patients, as case studies have shown skin cancer on the fingers around the nails of some women who regularly used the dryers. Those that manufacture the drying machines maintain that they emit no more UV than a day spent under office lights. For those more concerned about aesthetics than health, doctors also warn that the UV lamps can cause premature aging.

The devastating flood that has been ripping across Australia swept through Brisbane yesterday. Waters rose high enough to top traffic lights in Australia’s third largest city, and more than 20,000 people have been left homeless. Residents could be seen moving about their flooded streets in kayaks, rowboats and surfboards, and the city’s main power producer cut power to some 70,000 homes as a precautionary measure. The national cleanup effort of what may be the worst natural disaster the country has ever seen is expected to be around $5 billion.