America’s most decadent kitchens: prepare to seethe with jealousy

Today in the news: Where rich Americans cook; the Tim Hortons lid gets a makeover; Canada’s chord blood bank to open in 2013; announce your pregnancy on WombTube; and Hillary after the dentist. 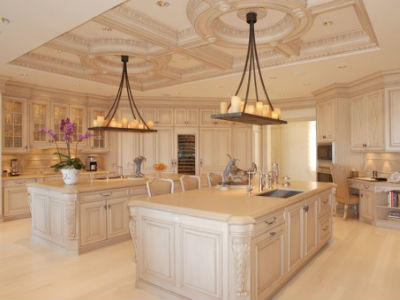 Move over, Forbes rich list! Everyone’s favourite magazine about money has just published their list of America’s 15 most decadent kitchens, and there are some pretty insanely indulgent set-ups on display. Click through the slide show to see how the other half cooks (or is cooked for).

We’ve mentioned the diabolical spill machine that is the Tim Hortons coffee cup flip-top lid on this blog previously, and there’s been hubbub about it elsewhere. Now, it seems Tim Hortons may be answering our call and working to make a better lid. A reader sent in a photo yesterday to Maclean’s of their daily cup of Tim Hortons – and it had a fancy new lid! Reps at Tims say they are testing out the new lids for specialty beverages, and are working on improving their now infamous flip-tab lids for regular beverages.

Canada’s first chord blood bank will receive $48 million in federal funding, health ministers announced yesterday. The bank is expected to open in 2013, and will store valuable umbilical chord blood, which contains stem cells that can be used to regrow blood and bone-marrow cells.

Who would be the first to know if you were pregnant? Your partner? Mother? Best friend? Now, thanks to YouTube, you can let the whole world know first. According to a recent article on Slate, an increasing number of women are filming themselves taking pregnancy tests and posting all the squealing, crying excitement of a positive result. Dubbed WombTubers by the interweb, these women are thrilled to share their baby joy with the world. Interestingly, there are almost no videos of women leaping for joy at a negative result, which, uh, definitely happens sometimes.

And just for fun, you may remember the viral video “David After the Dentist,” from a few years back, which now has more than 84 million views. While there have been many copycats, nothing has come close to rivaling David’s discombobulated hilarity – until now. A 17-year-old girl named Hillary was so confused after the removal of her wisdom tooth that she though Ellen Degeneres was in the room. Of course Ellen loved it, and naturally had the girl on her show. Watch the video here.