The British author's ideal weekend involves visiting galleries in London, a helicopter ride to Cambridge and watching a naked Brad Pitt in the movie Troy 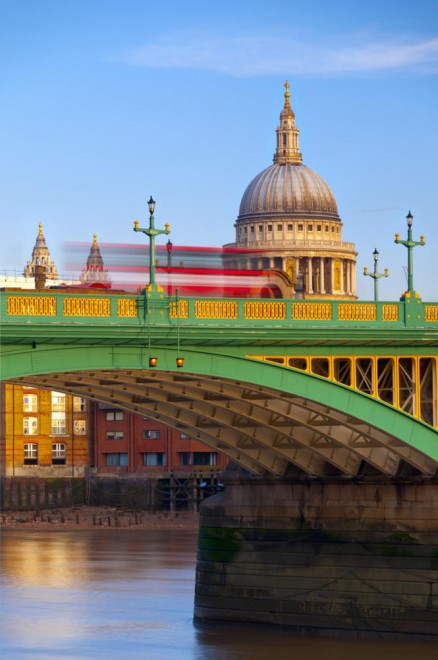 British author Allison Pearson’s first novel, I Don’t Know How She Does It, struck a chord with harried working mothers the world round. The subject of her long-awaited second book, I Think I Love You, will no doubt resonate even more deeply. Set in 1974, the novel concerns itself with the power and glory of first love, specifically the desperate affection a 13-year-old girl feels for 70s teen idol, David Cassidy.

In Toronto to discuss her new novel, the bestselling author and Daily Telegraph columnist took time to share her perfect Saturday.

I live in Cambridge [England] with my two children, Evie, 15 and Tom, 11, and my husband, Anthony. I don’t know quite how to say this… but I had an episode of quite serious depression and my task set to me by my therapist is to live more fully in the moment and not be constantly worrying about what’s coming up or what I haven’t done. So my perfect Saturday would be to live in the moment with my family and to count my very many blessings.

I would get up quite early. I would feed the dog and the cat. It would be June, it’s just warming up, and the blossom is still on the apple trees at the end of the garden. I have one of those old-fashioned swing sets, which have a floral canopy—an old rocker, which is very appropriate for me because I guess I’m an old rocker—and I would take out my coffee and sit there. On a normal day I try to eat really healthfully —muesli and fruit—but what the hell, on a perfect Saturday I’m going to have French toast and butter and homemade marmalade made by one of my best friends, Miranda. Because I’m a newspaper columnist, I have to read all the papers every day so because this is a perfect Saturday, I’m not going to read any of them.

The kids are going to be running around in their pajamas and they’re going to have a bounce on the trampoline, which is just beside me. I’m going to read a novel because the pile of novels I haven’t got through yet is kind of like a teetering ziggurat by the bed. I’m going to read something by one of the great women: Carol Shields or Lorrie Moore or Anne Carson, one of the poets I love.

When I’ve finished that I’m going to go in and get dressed. I’m going to wear one of my Issa dresses— she’s the designer who made the Kate Middleton engagement dress—a beautiful flattering dress that anyone can wear. I’ve got one in a beautiful greeny-blue. Anthony and I and the children are going to get on the train, which we love to do, and go down to London. We’re going to do shopping without purchasing, which I really love because I don’t need much more stuff in my life. We’re going to go to Selfridges, which is a wonderful department store in London, and browse and try a little bit of the olives and cheeses and pâtes that they put out in the amazing food hall. Then Anthony and I are going to do the thing we’ve been promising ourselves for ten years: We’re going to pick out a rug for the living room. This has become a running family joke; when are we going to pick out this damn rug? On this perfect Saturday it’s going to magically appear like the Arabian carpet. There’s a rug company in London called The Rug Company that has these great artists and designers who come up with these beautiful modern designs.

For lunch, we’re going to go to a restaurant called The Wolseley, which is a real hubbub of a place. It’s a wonderful people-watching spot. Lucian Freud the painter goes in there and lots of actors and writers and so on come through, so the kids are going to feel this is a cool place to be, Mum!

After lunch—no one has been bickering because we’ve had a United Nations directive that all hostilities between brother and sister are suspended for the day— we’re going to walk and there’s going to be no moaning about walking. My children, even though God has given them a pair of legs each, don’t think they have to walk. We’ll pop into the National Gallery, which is just wonderful, a treasure house. There’s a very early Italian Renaissance wing where I’m going to go and look at a painting, The Resurrection, by Piero Della Francesca, who is my favourite artist in the whole world.

Then we’re going to walk down to the River Thames and catch a ferry down to the Tate Modern. We’re going to see the great dome of St. Paul’s Cathedral in the distance, which I still think is one of the most stirring buildings in the world. 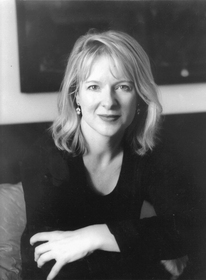 Now am I allowed a helicopter home? This is the one materialistic moment of the day, apart from the rug; we get a helicopter home. We’re going to land on the playing field of Jesus College Cambridge, where my son Thomas is a chorister. He’s going to get into his red cassock and we’re all going to go to Evensong. The sound of the boys singing in that space…it is just heaven. I would like to hear them sing Hubert Parry’s “And I was Glad,” which again, makes you glad to be alive.

After that, we’re going to go home. Anthony is going to open a bottle of wine and he’s going to start cooking one of his legendary risottos. Evie, my daughter who is like a young Aretha Franklin, she’s going to sing “Daydream” to me because she’s been teaching herself David Cassidy songs to celebrate Mummy’s book.

We’ll be joined by great friends for dinner. After dinner, the kids will put themselves to bed. No arguing. No saying, ‘I’m not tired.’ Anthony and I will watch one of our favourite films because Anthony is one of the world’s great film critics and it’s always a great pleasure to watch a film with him. My real guilty pleasure is to watch Troy, which Anthony assures me is terrible. But there is a great scene where Brad Pitt isn’t wearing any clothes. As far as I’m concerned, it’s a work of passing genius so I have to watch it at least 17 times a month. Every time Anthony comes into the TV room I’m always watching Troy. He will do his impersonation of the very dim boy who plays Achilles’ best friend, while I enjoy the view of Mr. Angelina Jolie.

I have invested in one of the great beds of the world, a Savoir bed, because my new theory is that we spend thousands of dollars in cars in which we spend quite a short period of time and we spend nothing on beds. It’s worth every penny. It’s as big as Ontario so occasionally you can arrange for rendezvous in the middle if you want. Anthony will be sitting there reading PG Wodehouse or Frederick Forsyth’s The Day of the Jackal and he’ll be looking over at my reading material, which will be something contemporary and say, ‘Why are you bothering to read that?’ because he only reads books by dead people and I read books by living people. I will fall asleep reading.

And that would have been my perfect Saturday.