All talk, no action 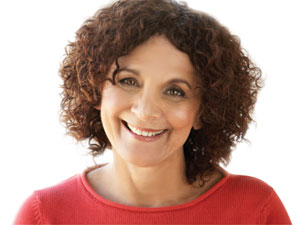 Last spring, in the wake of American shock jock Don Imus’s firing for his casually racist “nappy-headed hos” slur against the Rutgers University women’s basketball team, I decided to suit up and survey the landscape of lad radio at home.

For those who don’t cross that border, lad radio mimics the testosterone-charged, give-’em-sex-and-hooters Maxim-magazine formula. Fans tune in for a steady stream of raunchy banter, boundary violation and snickering innuendo. For a certain breed of 18- to 34-year-old male, there’s nothing better than a morning DJ to start your day, except perhaps a morning BJ.

In the interest of full disclosure, I should say that in the early ’90s, while flogging a sex book, I appeared on a shock-jock program with an all-male studio audience in Washington, D.C. I expected to go down in flames, but for some reason the host took a shine to me. I took a shine to him, too. He was funny in a Bart Simpson sort of way, and had a deft touch with innuendo. We flirted and sparred. He playfully jerked my chain. I playfully jerked his. He threw me a couple of fastballs. I knocked them out of the park.

The crowd roared. His switchboard lit up like a pinball machine. I was having so much fun, I forgot to mention the name of my book. “Wendy, where are you staying tonight?” he asked. “I could send a fleet of guys up to your room.”

My point? That I appreciate boy humour, if it’s done with wit. That’s why it pains me to report that the biggest crime of the shock jocks I listened to wasn’t that they offended my sensibilities. It was that they simply weren’t funny.

But maybe it’s just me. Maybe all that talk of rectums and elephant dongs would have slayed Leacock or Twain. Maybe they would have roared at an exchange I heard on a Toronto station one morning. Host: “I went to a Raptors game last night.” Sidekick: “Did you hump anyone?”

Who are these guys, anyway? In America, says Marc Fisher in Slate, shock jocks are “progressive talkers ranting . . . on behalf of civil liberties, sexual freedom, the rights of the little guy against the nation’s big corporations and institutions. . . . Most people listen to radio alone in their cars, where no one needs to be PC and it’s still okay to insult women and minorities and foreigners.”

In Canada, which we tend to think of as a kinder, gentler place, but which is often just a more heavily regulated one, shock jocks have also had their dust-ups with authorities. In 2005, a judge ordered that Quebec jock Jeff Fillion be fired and CHOI-FM owner Genex pay $300,000 for “sexist, heinous and malicious” comments targeting weather presenter Sophie Chiasson, including remarks about the size of her breasts – a perennial crowd-pleaser on the jock circuit. Like Fillion, Howard Stern, dropped by Montreal and Toronto stations after thousands of complaints to the Broadcast Standards Council, migrated to satellite radio, but not before riding Canadian bureaucrats for lacking a sense of humour.

Maybe so, but their decisions sure make entertaining reading. In 2003, the council reported on complaints about CIRK-FM’s K-Rock Morning Show in Edmonton. One listener complained about a joke song entitled “Tits.” The report ruled it too explicit to be broadcast when kids were listening, but the song blazed past the council’s ethics clause on sex-role portrayal on the grounds that K-Rock was an equal opportunity offender: “The ‘Tits’ song, which tells the story of a man who buys his wife breast implants, only to be unsettled by the fact that she shows the result to everybody, was preceded an hour earlier by a joke song called ‘Circumcision,’ which told the equally ridiculous story of a man who satisfied his fiancée’s request for him to be circumcised, for which he goes to a barber for a ‘little off the top’ and ended up with a significant diminution of a material part of his anatomy.”

You catch the drift. Shock jocks live to provoke, but with all their jive about “copping a feel” and “dry humping,” all they provoked in me was the feeling they were caught in a time warp, like vaudevillians performing a tired old shtick. Bad boys don’t age well – in life or on radio; listening to them, I felt what I used to feel in high school – the guys who have to talk about it all the time probably aren’t getting any.