Alison Azer’s ex took their four children to Iraq and never returned. To get them back, she’s entered a war zone, confronted Justin Trudeau and discovered deep reserves of strength. 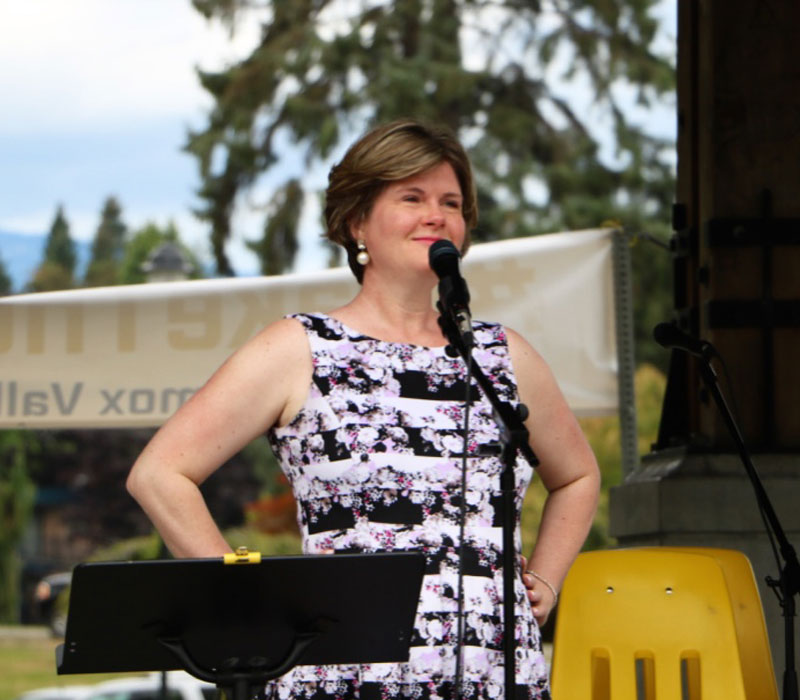 I met Saren in 1999, at an event for the charity I worked for in Edmonton. He was a PhD student and a Kurdish refugee from Iran. We were taken with each other and married three years to the day of our first date. We launched our life together, trying to widen the overlap in our East meets West Venn diagram. It was never easy, but it was never boring.

Our first child, Sharvahn was born in Vancouver the same day that Saren started medical school at the University of Calgary. It was a harbinger of things to come — efforts to balance family with Saren’s medical training and career often clashed. Once he became a Canadian citizen in 2006, he used his MD to treat refugees in camps throughout the Kurdistan Region of Iraq. He received well-deserved attention for his work, and I was proud of him, but as he shone in the spotlight, I shrank to the sidelines. 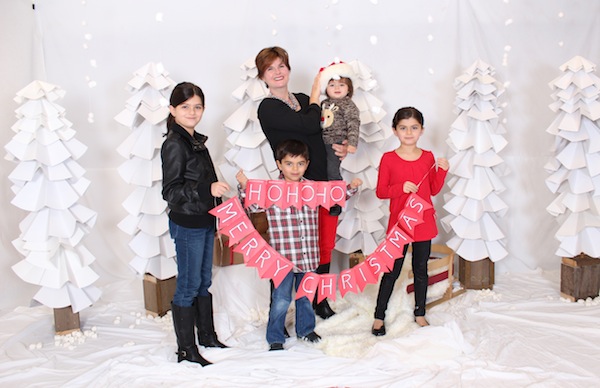 Azer with her four kids in December, 2013. Photo, Alison Azer

His time abroad affected him: He grew uncomfortable with aspects of life here in Canada and became controlling, telling me what to wear and not letting the kids celebrate Western holidays or birthdays. He also became increasingly involved with the Kurdistan Workers’ Party, the PKK, a rebel group that has long been engaged in a guerrilla war with Turkey, fighting for Kurdish independence. It didn’t fit with how I saw him: a family man, father, husband and a physician. Things finally fell apart in 2012 when he threatened to kill both me and the kids. I fled the house to a women’s shelter and began litigation. Our divorce was finalized in 2014.

Related: How a traditional mom learned to champion her gay son

Last August, when Saren announced he wanted to take our kids on a two-week vacation from our home in Courtenay, B.C. to France and Germany, I had an overwhelming sense of dread. He’d been overt in his intention to take the kids to the Middle East before. I asked the courts to block the trip, but they treated me like an ex-wife with an axe to grind and granted Saren permission, provided the kids call me every 48 hours. I spoke to them on August 11, then through a crackly phone connection two days later, then never again. My calls and texts to Saren’s phone went unanswered. My children — Sharvahn, 12, Rojevahn, 10, Dersim, 8, and Meitan, 4, did not board their August 21 flight home to Canada. That was the day my worst fear came true.

In the early weeks, my home became a war room. On any given day, more than 20 friends and family would visit, and we papered the walls in maps of the Middle East and set the clocks to relevant time zones. Casseroles multiplied in the fridge. I was determined to find them and bring them home. But even adrenaline has its limits. By October, no closer to finding my kids, I crashed. I was at my parents’ house for dinner. Normally, when we’re together for family dinners the kids are so noisy nobody can eat. But today the silence was deafening, so I excused myself from the table and got up and left. I knew it was rude, but I just couldn’t be there. 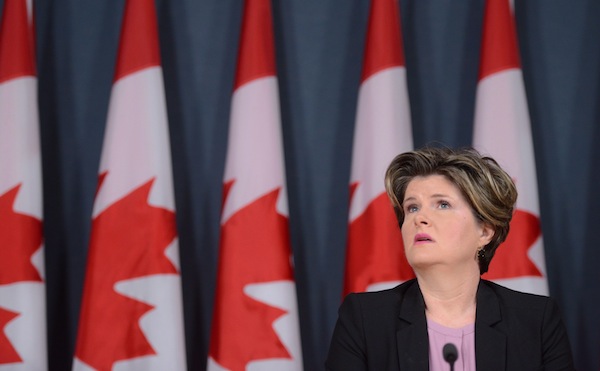 I started taking long drives. Driving has always calmed me. My kids know that. If they were acting out and sensed my frustration, one of them would say, “Let’s get in the car and go to the drive-thru at Tim Hortons, and then we’ll be quiet for an hour, mom.” That night, it was pitch black. I didn’t know the road so didn’t know what laid ahead. And I remember thinking, “This is my life now. It is so dark and I don’t know where I’m going.” I could barely see. I could hit something. Anything could go wrong.

In the early weeks of the abduction, I’d been surrounded by all kinds of people — but that number was dwindling. I’m infinitely grateful for all the support I’ve received, but at that moment I thought, “Soon it will just be me.” My fear and my despair were so extreme, I believed I would never be able to survive on my own. Then I asked myself, “Can I count on you, Alison? Can I count on you?” I had to know, “If there’s nobody left fighting except you, can I count on you to go forward?” And I said yes. Yes. Yes. Yes. I screamed it. I won’t let my kids — or myself — down. I felt a sudden wash of calm. 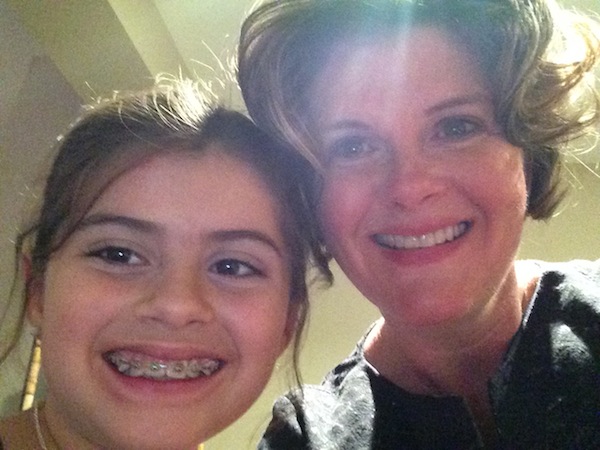 Shortly after that October drive, a friend of mine with connections in Iraq confirmed Saren was there. So I flew to Erbil, the capital of Kurdistan, alone and with only one contact there. On my first day, I took the same route ISIS fighters use to go to Sulaymaniyah, where I set up my home base. I spent three months meeting with Kurdish officials, community leaders and women’s groups — anyone who would bring me closer to finding my children. Those were very long days. I was extremely isolated and spent the hours putting up missing children signs. Eventually, an informant tipped me off to my kids’ GPS location in Mawnan, a mountain village in PKK territory. I informed authorities, but knew I had to go myself. In the early morning hours, accompanied by a local journalist, I cleared seven armed checkpoints as I made my way onto rebel ground. I asked to speak directly to the commander of the rebel army.

When I think back on how I carried myself that day, it all feels so surreal. Before all this, I was a middle-class soccer mom who sold Popsicles every Wednesday for the PTA. But there I was in a cement bunker, with 10 guerrilla soldiers standing guard, pleading my case for the return of my children. I handed the soldiers a carefully prepared statement, in English and two Kurdish dialects, but it was no use. They told me they wanted to help, but that my ex-husband and children had already left. I didn’t believe them; I knew my kids were there (and sources would later confirm they did lie), but I had no choice. I had to leave.

I returned to Canada and focused my energy on getting the attention of officials in Ottawa. I made seven or eight trips and, on one in May, I met with Prime Minister Justin Trudeau. I made him promise that the “Azer Children” file wouldn’t leave his desk until they came home, and I will not let him break that promise. I’ve already been back to Ottawa. I’ve spoken to media. I won’t let him forget my kids or me. 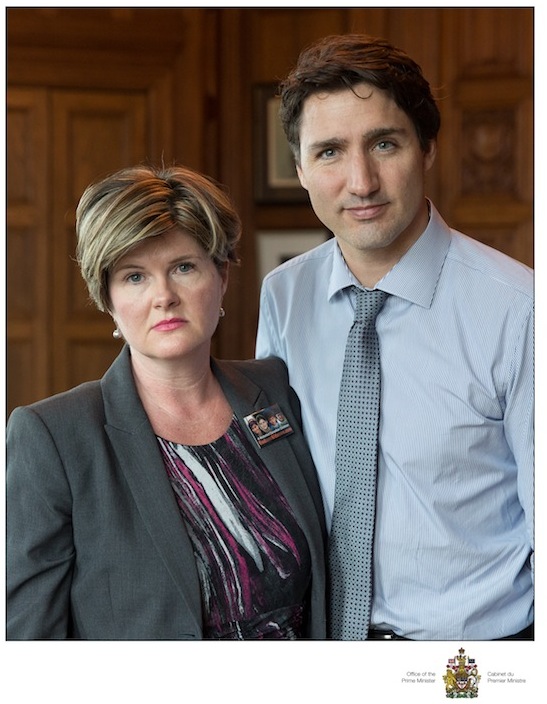 On June 30, it was Rojevahn’s tenth birthday. Part of me wanted to spend the day in a cave, eating an entire Dairy Queen ice cream cake. But I made myself call a friend’s daughter who shared Rojevahn’s birthday. She’s older, 17, and Rojevahn had always looked up to her. I wished her happy birthday. When I’m running low on my own happiness, I piggyback on others’ small joys. I love talking to my friends’ children. I tell friends to call me first with news of promotions, proposals and pregnancies because I want to hear myself shriek with joy, sigh with relief or erupt in fits of laughter. Those moments feel like a boost to my cell count, a sign of healing, proof that I am still of this world.

And sometimes, when it gets too hard, I pretend I’m outside of myself, watching everything unfold. I think psychologists would say I’m depersonalizing or dissociating. From this vantage point, I see a force that is unstoppable and determined and imperfect and vulnerable and raw and real. I think, “this is what motherhood looks like.” I cheer her on: I tell her how proud her kids would be. How they know she is fighting for them with everything she has. I see a woman who is absolutely terrifying to a child abductor because he so grossly underestimated her. I admire her. And then I stop and remember that woman is me.

More:
The baby girl I almost had
There’s no guide to queer motherhood in a straight world
Self-care is vital to your health