Alice Kuipers: A woman of style and substance

Ms. Chatelaine: The bestselling author has travelled the world but chose to put down roots in Saskatoon with Life of Pi author Yann Martel and their son 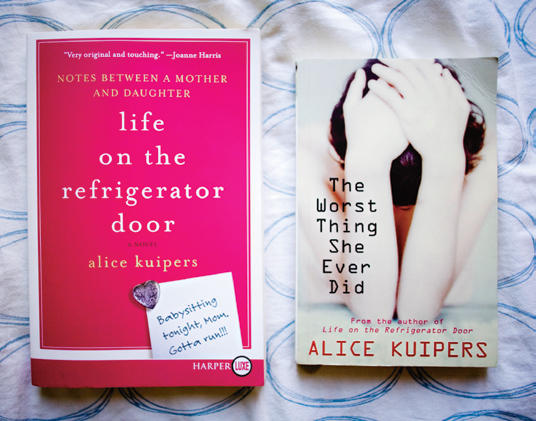 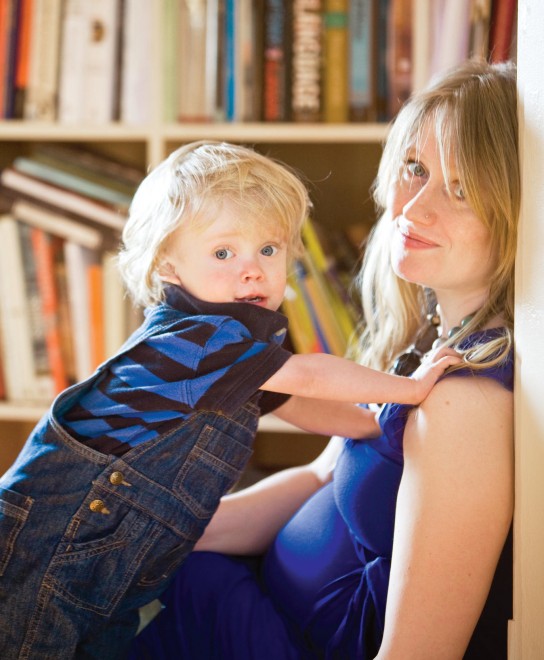 Author Alice Kuipers has a nomadic spirit. Since she was a teen in suburban London, England, she’s dreamed of foreign destinations. At 18, she set off on a solo transcontinental adventure that included stops in the Cook Islands, the U.S., Australia, Cambodia and Vietnam. “I realized there was a big world out there,” she says, sipping a mug of Earl Grey tea at a café in Saskatoon’s Temperance Street Triangle.

Home base is now Saskatoon’s trendy Nutana neighbourhood, where Alice lives with her husband, Life of Pi author Yann Martel, and their 23-month-old son in a quaint clapboard house that’s over 100 years old. Their second baby, a girl, is due this month, and the expanded family has every intention of continuing its adventures. “The world is a vast and complicated place,” she says. “I could spend my whole life exploring it and never come close to seeing everything there is to see.”

Now in her early 30s, Alice has made a solid dent in her list of countries to visit (she’s ticked off over 30 so far) and gleaned a valuable lesson from her early travels. “I learned not to worry too much if I took a wrong step,” she says. “Something would come of whichever route I chose.”

That came in handy when she started her writing career. Although it was a risky choice, Alice’s easygoing approach paid off: She’s now the bestselling author of The Worst Thing She Ever Did and a young-adult novel, Life on the Refrigerator Door. Her next YA book, Forty Things I Want to Tell You, is due for release early next year.

By her own admission, her early pieces “weren’t at all good,” but she’s mastered the art of the second draft. Her first YA effort was written when she was 25 and “remains unpublished, which is probably a good thing,” she says. Even now, “lots of what I write isn’t how I want it to be. But it’s only by reworking and reshaping on the page that I find the stories I want to tell.”

A passionate bibliophile, she met Yann at the Cheltenham Literature Festival in 2003. Shortly thereafter, the new couple embarked on a series of trips to Canada, Poland, Germany and Iceland. Later that year, when Yann started a stint as writer-in-residence at the Saskatoon Public Library, Alice packed her things and joined him. “Yann was the first person that I’d met who loved to travel and write as much as I did. We’ve explored lots of countries together, but we always end up back in Saskatoon,” she says. “We love it here.”

Eight years later, she’s just come off her own stint as the Saskatoon Public Library’s writer- in-residence. She has created a popular iPhone app that dispenses writing advice to wannabe novelists and is always, always writing. “I’m quite good at multi-tasking,” says the prolific author with a laugh. “I have a toddler, I blog for Today’s Parent magazine and I’m writing my next novel. I really relate to Barbara Kingsolver’s quote, ‘I don’t have time for writer’s block.’”

I wake up in the middle of the night thinking about… whichever novel I’m working on at the time.

I’d love to go on vacation to… Egypt. It has inspired my imagination since I was tiny and with the recent political shift, it’s being reborn.

I wish I had more time for… exercise. As a working mum, I find that I make time for my son and for writing but exercise is sliding.

I wish I were better at… photography. Sometimes it feels like I can’t capture everything with just a pen.