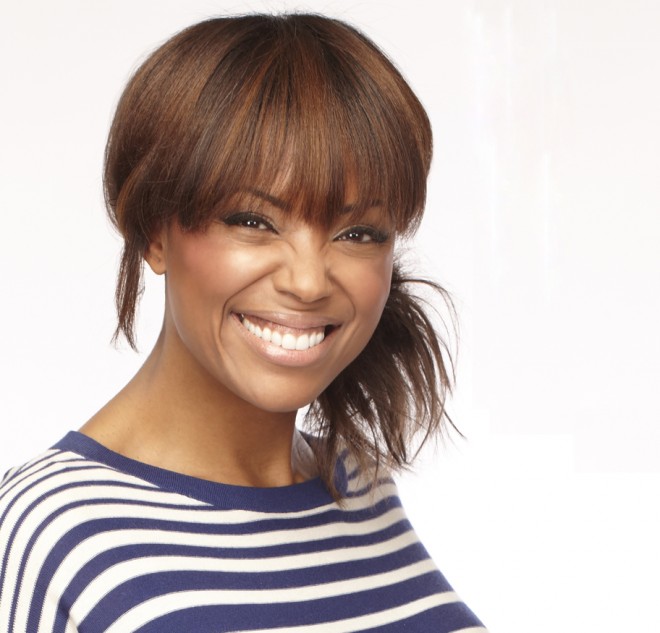 Actress, standup comedian, and author Aisha Tyler is a triple threat of a different stripe. Currently you can catch the L.A. based actress as tough former CIA agent “Jones” in the new Showcase spy series, XIII with Stuart Townsend. But that’s not her only gig. She’s also the voice of spy Lana Kane in the animated cult series Archer.

Though she lives in L.A. with her husband, the California born beauty would choose to spend her perfect Saturday in her hometown of San Francisco. A self-confessed foodie, Tyler would make the trip back home and spend her time eating well with her friends.

On my perfect Saturday, I would wake up and either walk or bike to the mission district and have brunch at a restaurant called Beretta where they serve amazing bespoke cocktails and they have this incredible thin-crust pizza that comes with a big sunny side up egg that’s kind of all runny. It would be a late brunch with cocktails and great Italian food.

The great thing about San Francisco is you can walk everywhere. You don’t need a car to get around. It’s such a scenic place.

Then maybe we’d cycle along the Embarcadero. Along the way, I’d look at little sites like Pacific Bell Park (now known as AT&T Park) and maybe catch a San Francisco Giants baseball game. The great thing about the park is that you don’t have to have tickets to watch a game. There’s kind of a little walkway where you can go and watch without paying..

We’d hang out there for a little bit and then ride along the Embarcadero to the Ferry Building, which is this beautiful, old building that used to be a ferry terminal but is now filled with all of these amazing and organic artisanal shops. On Saturdays there is this open-air market. They don’t just have fruit and vegetables; they have plants, they sell organic seedlings, and they have these amazing food trucks with these incredible sandwiches and grass-fed organic hot dogs and steaks. You can shop at the farmers’ market and figure out what you’re going to make for dinner, and there’s a Sur La Table there too, so you can buy all the implements and tools you need, like the truffle shavers and soft-boiled egg cappers.

I would stop by Boccioni Salumeria, which is an artisanal cured meats place that makes hand cured meats. I would get some salumi and take it over to the wine bar. I would sit with friends and chat and have salumi and wine. Then we would run to Ciao Bella gelateria and get some gelato. I would make a little afternoon of it there.

There’s also a great oyster bar in the ferry building—the Hog Island Oyster Company. They grow all of their oysters locally and they have a $1 oysters happy hour, so you can just go and sit and eat delicious local oysters and drink cold rosé wine. You can even drive to their oyster farm and sit on the beach and grill oysters all day.

After that, I would try and decide whether or not I would want to go out or stay in, because I really love to hang out with my friends in San Francisco. I think a great night in would be with a group of friends. We would make a big meal out of David Chang’s Momofuku cookbook: pork belly buns and this huge leg of pork that you serve with raw oysters and Korean pickles. And lots of wine. We would sit around the table, and eat and chat and drink wine.

But if we did decide to go out, [it would be to] downtown San Francisco, which didn’t used to be that interesting, but has gotten really interesting and very cool. There’s this amazing bar there called Brick House and they serve amazing bourbon drinks. Their drinks list is like a bible. It’s really long and it talks about old-fashioned drinks and when they were created—there’s stuff about cocktails that were created during Prohibition, the 30s and 40s and what the modern origins of some drinks are. That’s a really fun place to go.

The best way to end the night would be around the table with friends, having some really great Italian Amaro and laughing into the night and maybe watching a few episodes of my show Archer because all my friends love it, so it would be fun to watch it together. Then I would get into bed with my iPod and play Words with Friends with all my friends.