After hours work emails cause woman guilt and stress

You’re at the park with the kids and your Blackberry or iPhone is doing something like an Irish jig in your coat pocket, vibrating every ten seconds with another email or missed call from work. It may be the weekend, but the work emails never stop coming and the question—to reply or not to reply?—looms large. 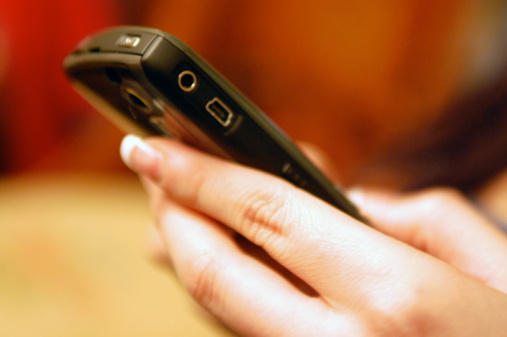 You’re at the park with the kids and your Blackberry or iPhone is doing something like an Irish jig in your coat pocket, vibrating every ten seconds with another email or missed call from work. It may be the weekend, but the work emails never stop coming and the question—to reply or not to reply?—looms large.

For most women, this scenario is familiar. Most juggle work with family life—and often at the same time. But a new study from researchers at the University of Toronto reveals that our 24/7 work culture isn’t doing much for our mental health. In fact, in some cases it’s making us miserable.

The study drew on data from a survey of over a 1,000 American workers of all ages and socioeconomic levels. Participants were asked about how often they were contacted after normal work hours. While both men and women received similar contact, researchers discovered the sexes responded to this intrusion differently.

Women felt guiltier about being contacted once or more daily—about twice as guilty as men felt. Moreover, their guilt increased with the number of calls or emails they received.

And that’s not all.

“For distress, among those workers contacted daily or more, the average level of distress women reported was 40 per cent higher than that of men,” says Paul Glavin, a sociology researcher and co-author of the study.

Guilt and distress occurs as a result of trying to balance home and work? Most women might file that finding under the banner “Tell Me Something I Don’t Know,” but Glavin feels the study does more than confirm the obvious. Not only does it bring greater attention to this troubling state of affairs, but it may also point to some underlying reasons for the distress.

“The primary allegiance of women, historically, was the household,” he says. And while women actively participate in the workforce, the culture hasn’t entirely caught up with the shift. Turn on the TV and women are still presented as the domestic goddess: the cleaner, the cook and the primary caregiver.

Glavin speculates that women may be negatively evaluating themselves according to these traditional notions, whether they endorse them or not.

“That’s not necessarily to say that they hold these ideals, it doesn’t imply that, but you can still feel guilty even if you don’t adopt them itself.”

Men may not experience guilt in excess because they don’t deal with the same identity conflict as women, suggests Glavin. Traditionally considered the “main breadwinner,” work demands actually support that identity.

There’s no easy solution to the problem of how society perpetuates unrealistic and unfair ideas about women’s roles—that kind of change takes time. But the study does empower both sexes to look at how communication technologies may be negatively impacting their mental health.

“We need to be able to turn off these things and limit their use in some ways to have more work-life balance,” concludes Glavin.

Turning off that little voice in your head may be another story, however. Though given the mental health consequences for women, it might be nice to give the self-criticism a rest—even briefly.