The real cure for the common hangover; a holidaying Canadian alleges she was sexually assaulted by Mexican police; Apple CEO Steve Jobs takes medical leave; how genetics play into your friendships; and Nicole Kidman and Keith Urban have had a baby via a surrogate mother. 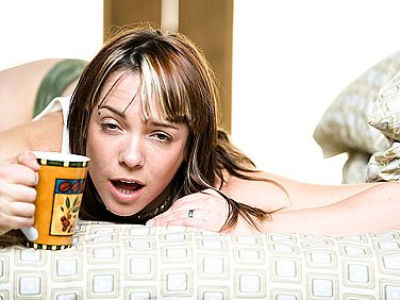 We’ve all been told that a big glass of water is the best cure for that pesky headache that sets in the morning after a few too many glasses of vino. After all, hangovers are caused by dehydration, right? Not so, says a scientist from Philadelphia. Researcher Michael Oshinsky of Thomas Jefferson University gave rats hangovers and then relieved them with the most wonderfully simple cure: coffee and aspirin! Oshinsky found that feeding the rats caffeine and anti-inflammatories blocked the production of the headache-causing chemical acetate. So go ahead and have a cup o’ joe the morning after – you may actually be doing yourself a favour.

A Canadian woman claims Mexican police sexually assaulted her in a jail on New Year’s Eve while she was on vacation, the CBC has learned. Rebecca Rutland of Thunder Bay, Ontario was holidaying with her fiancé in the beachside resort town of Playa del Carmen, near Cancun. She says local police took them both into custody after her fiancé became involved in a confrontation with the officers. Once in jail, Rutland says two officers took turns raping her. The officers involved deny Rutland’s version of events. Mexican authorities say that are investigating the allegations and cooperating with Canadian officials.

Steve Jobs is the CEO of Apple and the driving force behind its most successful and revolutionary products – think the iPhone, iPad and iPod. So it should come as no surprise that investors are in a tizzy over Jobs’ recent announcement that he will be taking an unexplained medical leave of absence. This isn’t the first time Jobs has been secretive about his health: he was treated for pancreatic cancer in 2004 and had a liver transplant in 2009, and both times his investors and the public found out well after the fact. The announcement has caused Apple’s stock to drop by 6.7 percent – the equivalent of tens of billions of dollars.

Your friends may have more in common with each other than they do with you – at least genetically. Geneticists at the University of California at San Diego studied a gene called CYP2AP, which is associated with the character trait of openness. Those possessing this gene tended to have a network of friends that didn’t possess the gene, but instead possessed the opposite genotype. The person possessing the CYP2AP tended to be the social hub through which friends without the gene were connected. The scientists say these findings indicate it is important to test not only the subject, but also the subject’s friends when trying to link a characteristic to a gene.

It’s a girl! Actress Nicole Kidman and her husband, singer Keith Urban, have had a baby by a surrogate mother. The couple announced Monday that Faith Margaret Kidman Urban was born on December 28, and is their biological child. Kidman has two adopted children from her previous marriage to Tom Cruise. In a joint statement, the couple expressed their thanks: “”No words can adequately convey the incredible gratitude that we feel for everyone who was so supportive throughout this process, in particular our gestational carrier.” Both Urban and Kidman are 43.