A history of women and the Olympics 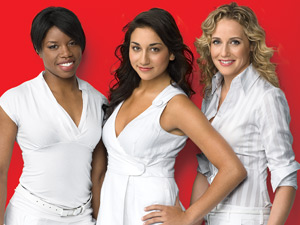 In the late 19th century, when Europe became fascinated with all things ancient and Greek, Pierre Frédy, Baron de Coubertin, a French aristocrat, revived the Olympics. He believed athletes would come together in peace and international understanding. He also believed the role of women should be limited to the placing of laurel wreaths around the necks of the victors. And when the modern Olympics commenced in 1896, that was all women were allowed to do. (It was better than the ancient Games, where just attending got you thrown off the nearest cliff.)

Progress did come: At the next Olympics, female athletes were permitted to compete in gentle events like croquet, and by 1928, track and field was opened to women, too. Canadians Bobbie Rosenfeld, Myrtle Cook, Ethel Smith, Jane Bell, Jean Thompson and Ethel Catherwood – dubbed the Matchless Six – scooped up two gold medals, one silver and one bronze, and set world records in track and field. Rosenfeld and Cook went on to become sports columnists, championing women’s athletics.

Since that year, the Olympics have become the foremost sporting event for Canadian women – in no small part because there are so few professional opportunities for elite female athletes. Unlike in the World Series, the Superbowl, the Stanley Cup and just about every other major sports event, women actually get to be a part of the Olympic mythology. But winning our right to play, to test our bodies and compete in a public space, has been a long battle.

In the 1960s, the runner Abby Hoffman was removed from the University of Toronto’s male-only Hart House track when she refused to stop training there. A teenager, but already a Pan-Am champion, Hoffman won her fight to use the facilities, something women now take for granted. (She broke the Canadian record for the 800 metres at the 1972 Games, went on to write for Chatelaine and later became the first woman to head Sport Canada.)

Around the same time, the International Olympic Committee (IOC), suspicious that top female competitors were too good to be girls, required women to prove their sex. They had to parade naked in front of a panel of doctors and, in some cases, submit to gynecological exams. Starting at the 1968 Olympics, female athletes had scrapings from their cheeks tested for male chromosomes. Winnipeg’s Sandi Kirby, a rower in the 1976 Games, remembers never racing without her “gender card.” But 20 percent of the tests gave a false-positive reading. Athletes quietly left competitions, devastated by false results. When Kirby retired from rowing, she lobbied for years to end the tests. It wasn’t until the 2000 Games in Sydney that female athletes were no longer required to prove their gender.

Disparities still exist. While men compete in the decathlon (10 events), women have the heptathlon (seven). At the Beijing Games, female track cyclists will have three events compared with seven for men, and there are no flat-water-canoeing events for women, shutting out thousands of athletes. Even more troubling, a handful of countries, such as Saudi Arabia and the United Arab Emirates, will send male-only teams – a situation the IOC continues to condone.

Despite these inequities – or because of them – magic happens when female athletes command the world’s attention. The competitors featured in these pages as well as many, many others will be etched into our national psyche this summer, inspiring other women. The outstanding showing by Canadian female rowers at the Olympics over the past 24 years – 12 medals in all – has opened up a sport once so staunchly male that women weren’t even allowed into some clubhouses until the 1980s. Now, 63 percent of the country’s active rowers are women.

So the equality dance of the Olympics may be two steps forward and three back, or three steps forward and two back, depending on where you live and what sport you love. But Canadian women have always been at the front lines, competing and improving things for the next genÂ­eration. Let’s honour them – and let the Games begin.