A date with Jason Priestley: The '90s heartthrob no one got over

The actor on whether he's up for a 90210 reunion, dealing with super fans and how he stays so young-looking. 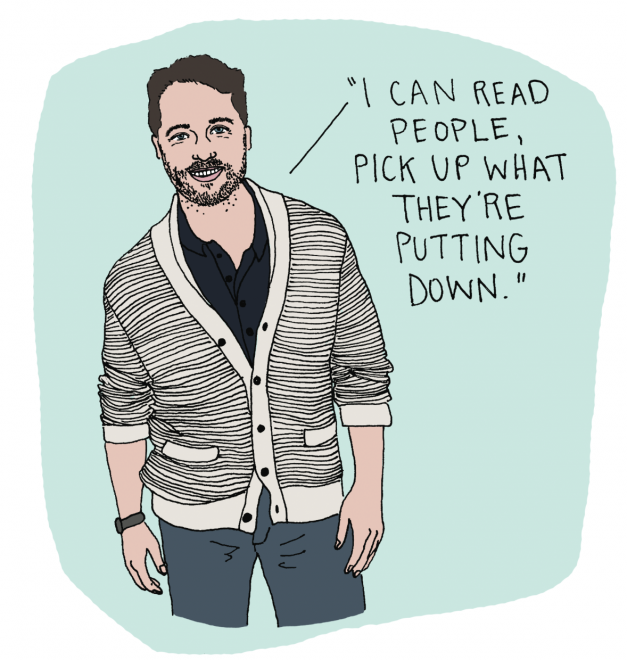 Ha. That’s nice. I am really lucky to have fans who have stuck with me over the years.

You’ve aged about five minutes since the 90210 days. Do you, Rob Lowe and John Stamos have some sort of secret society of agelessness?

We get together every couple of months. We sacrifice a goat. We drink its blood while it’s still warm. There are some other things we do that I can’t really talk about, but suffice it to say pentagrams are drawn.

I hope you’ll indulge me while I pretend this date is taking place at the Peach Pit. Imagine you order the burger and fries and I order a salad, dressing on the side. What are you thinking?

Well, we are in Beverly Hills, so you have to have a chopped salad. I don’t think I would judge. There’s nothing wrong with a woman who takes care of herself. It’s important for all of us to be mindful about what we put into our bodies. I think the salad is a very savvy move.

Really. So you would judge me?

I would. I think a lot of women want to see the guy order the burger — or even the veggie burger — at least on the first date.

Later on I can have my spinach salads, my quinoa, my bulgur.

Totally. When you first met your wife, Naomi, what did she do that impressed you?

I was doing a play in the West End in London at the time. She came to see it and we went for dinner after. I remember she went shot for shot, vodka drink for vodka drink, with me. She definitely held her own and impressed me a lot.

Exactly! That’s not an “I’ll have the salad” kind of girl.

Does being linked to a character you played a quarter century ago get annoying?

Not for me. I’m very much at peace with all of the stages of my career. The character of Brandon and the show were huge cultural touchstones for a lot of people. I was very lucky to be a part of it.

Still, if we really were on a date right now, you might be thinking, “Oh no, it’s a mega-fan. I’m going to get up to go to the bathroom and flee.”

You are on two new TV series premiering this season. On Private Eyes, you play a hockey player turned investigator; on Raising Expectations, you’re a devoted father. Which character do you more strongly identify with?

Definitely Matt Shade [from Private Eyes]. He’s a guy who had success early in his life, who is now trying to figure out what that second act is going to look like. I can really relate to that.

Would you be a good private eye in real life?

I think so. I think I can read people, pick up what they’re putting down. That’s part of what we do as actors.

Okay, then I have to ask: What am I putting down?

Oh, come on. You can’t leave yet. With the success of Fuller House on Netflix, people are wondering whether the Bev Hills gang might be up for a similar reboot.

I don’t think it’s going to happen, but, hey, look — never say never. If they got the band back together, I would have to take it seriously.

Okay now, we’re finishing up dinner. What would we do next?

Well, we would just go next door to the Peach Pit After Dark. We could watch a band, have a drink.

Private Eyes premieres May 26 on Global.