Your doctor said what now? 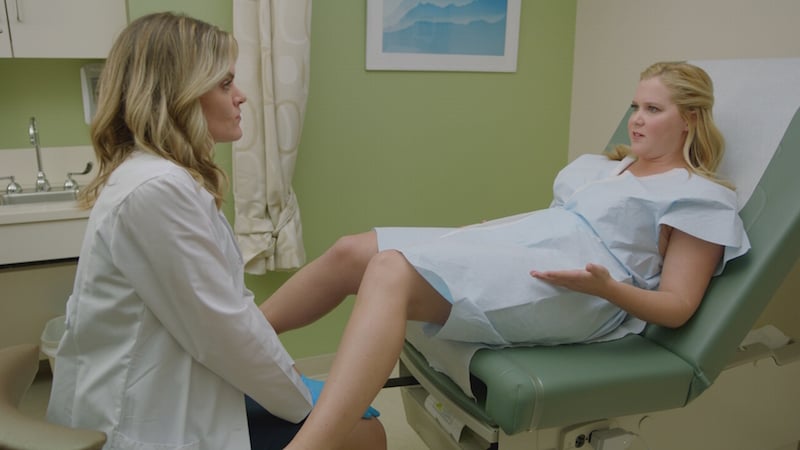 Lying on a cold table, wearing little more than a paper towel from the waist down, while bright lights illuminate your vagina, is always an awkward experience. Most gynecologists maintain a much-appreciated down-to-business efficiency when peering into the lady abyss, but others have a knack for saying — and doing — the exact wrong thing at the wrong time. Here, nine women tell true tales from the stirrups.

“After getting a LEEP (loop electrosurgical excision procedure) for some bad cervix cells, my gentleman gyno said ‘Let’s take a look at that cervix…Yep, looks clean enough to eat off of.” — Michelle, librarian

“I asked my gynaecologist if I should get the HPV vaccine because I’d recently separated from my partner of 19 years, and had an active non-monogamous sex life. Not only did he ask me zero questions about my history or my sex life, he called my vagina a ‘va-jay-jay’ and told me I didn’t need the vaccine because I was so old  (I was 44 at the time), so I’d likely been exposed to all the HPV strains through the ‘screwing around’ I’d already done. Then he told me to spend the vaccine money on a new pair of shoes.” — Elizabeth, law student

“During a routine pap, I asked my GP to check my IUD positioning because I am paranoid about pregnancy.  As she was finishing up, she said, ‘Well, looks like you’re in for a bit of a surprise!’  I started sweating, spinning through every scenario in my mind. Eventually, she said, ‘You are going to start your period literally any second now,’ and handed me a pad. I love my GP, but she almost gave me a heart attack!”— Deborah, executive assistant

“My former gynaecologist once stopped in the middle of giving me an exam to say that some glands on the inside of my vagina were the biggest he’d ever seen. He asked if he could take a photo for his U of T class. I said it was fine as long as my face wasn’t in the shot. He took the picture and showed me. It was so close up, all you could see was the inner vaginal wall. He was very pleased. This was the same doctor who once plucked out a stray pubic hair in the middle of an exam, as though he was doing me a favour.” — Sarah, journalist

“I went for a pap test at a hospital clinic, and the doctor asked if a student could perform the test. I looked over at the student, who was Doogie Howser young. He was green in the face and sweating. I felt for him, so I agreed. He sat down, inserted the speculum and tried crank it open, but I felt a sharp pinch and said, ‘Ouch!’ He got flustered and started again. He managed to reinsert the speculum, but not quite far enough because, as he turned to get the swab, the device shot out of my vagina with so much force that it hit the wall. There was the longest moment of silence; none of us moved or even made eye contact. The supervising doctor finally said, ‘Well, I think I’ll take over from here.’”— Megan, TV producer

Related: Can an app improve your sex life?

“I was a high school nerd with a Catholic upbringing and didn’t have sex until my second year of university. A few days after my new boyfriend went down on me for the first time, I started getting yeast-infection-type symptoms, so I went to the campus clinic. The doctor on call gave me a pap. After I was dressed and sitting in his office, he said with a smirk: ‘You don’t know this guy very well, do you?’ Then he told me I probably had an STI. It turns out I didn’t, and everything cleared up in a few days.  Between the infection, the judgemental doctor and my Catholic guilt, it’s a small miracle I ever had sex again.” — Stephanie, writer

“It was my first time at this particular clinic, and the gyno doing my pap test was new (his supervising doctor was in the room). A minute or two in, the supervisor asked him, ‘How does everything look?’ He replied, “Well…” So the senior doctor leaned her head down between my legs. Both of them were peering at my vagina, while I was wondering what the hell was going on. Then she said, ‘Oh that’s fine.’ I asked, ‘What?!’ And she said, ‘It’s nothing. Everything’s fine.’ A year later, I’d moved, so I saw a different doctor. She also paused during my exam and explained, ‘There’s just some extra tissue here that I’m going to remove. Most women don’t still have this at your age.’ She scraped away at my cervix, then handed me a mirror and asked if I’d like to see it, with no further explanation. I’m left to assume that I still had a hymen.” — Andrea, fundraiser

“My doctor had a device on the wall that warmed up the speculum—kind of like a mini towel rack—so the tool wasn’t cold when it went in. When she put it in my vagina, I immediately said ‘Whoah, that’s warm. She said, ‘Yeah, we warm it up a little.’ But as she cranked it open, my vagina began to burn, and I yelped ‘Holy f–k, get that thing out of me!’ The doctor took it out and immediately apologized. She was so frazzled, she had to leave the room. When she came back, she gave me some wipes because the inner walls of my vagina were bleeding from the burn. It was my birthday, and I couldn’t even have sex because my vagina was so badly burned. I drank a lot of wine, though.” — Shannon, non-profit director

“I had a doctor who hummed James Taylor songs and told me anecdotes about him every time I had a pap. Every. Time.” — Marie-Ève, concierge

More:
Get your July 2016 horoscope
The pinking of pot: Canada’s weed revolution, for women by women
10 Gorgeous Canadian Airbnb getaways