5 reasons to get excited about Rachel Notley, Alberta’s new premier

Not only has Notley forced Canada to look at Alberta in a new way, she's also leading the country's most female government. 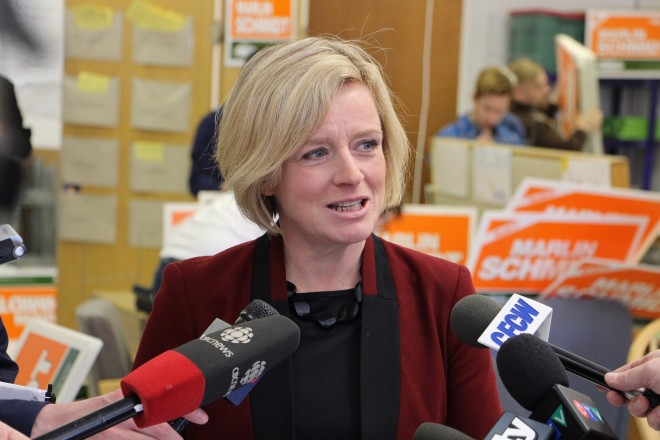 When NDP leader Rachel Notley was elected as Alberta’s new premier with a majority government earlier this month, she ended 44 years under the Tories and forced the rest of the country to reconsider its view of the province. (Many tweets on election night echoed the shock of the outcome, referencing flying pigs and hell freezing over). Notley and 11 of her cabinet ministers were sworn in on Sunday. Regardless of your political stripes, that’s exciting for a few reasons:

1. A record number of women were elected to her party. With 25 of the NDP’s 54 seats held by women, this election is a historic one: There are now more women representatives in the Alberta legislature than any other federal or provincial government in Canada. Following the win, Notley said, “We have the highest percentage of women in any governing caucus in the country, and that is something to celebrate.” The average age of the caucus is also of note: It’s under 40. Many of the members are new graduates and the youngest among them is only 20 years old.

2. She’s the first non-PC leader to head Alberta in four decades. There’s no denying that there are challenges ahead for Notley as she navigates a province that has operated largely the same way for 44 years. For the 59.4 percent of voters who didn’t vote orange, she’s a polarizing figure. Her campaign platform was largely based on diversifying the economy and increasing taxes for high-income earners and large corporations, so one of the biggest questions is how she’ll steer the province’s faltering energy sector.

3. She’s taken over the family business. Not only was Notley’s father, Grant Notley, an NDP MLA for 13 years and the party leader for 16, he was a founding member of the party in Alberta. He worked tirelessly to build a foundation for the NDP in the conservative-minded province and was known as a fierce social-justice advocate. In 1984, he was killed in a tragic plane crash. Notely’s mother, Sandy, was just as much of an influence (she passed away in 1998) and Notely remembers going to marches and protests with her as a young girl. On election night, Notley ended her victory speech with, “Tonight, I also want to say that I’m also thinking about my mother and father. I know my mother would be completely over the moon about this. I think my dad would too.” 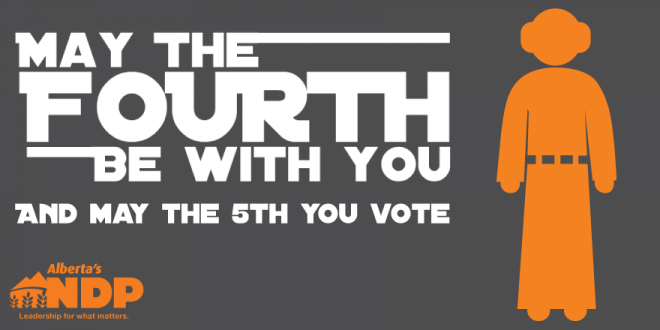 4. She’s got a sense of humour. While Notley admitted to originally resisting the “Notley Crue” campaign t-shirts that took off on social media and were donned by her supporters, they set her apart. (Notley said she was wary of them because she didn’t think they measured up to former NDP leader Raj Pann’s “Raj Against the Machine” t-shirts from the 2011 election.) On May 4, the day before the election (and also known as Star Wars Day), her team put out a “May the Fourth Be With You” message reminding people to vote.

5. She brings the number of provinces with a female leader up to three. Alberta, British Columbia and Ontario all have women at the helm, meaning 63 percent of Canada’s population is governed by female leaders.