From gendered violence to a deteriorating democracy, the protests highlight a long history of Sikh persecution and female oppression in India. 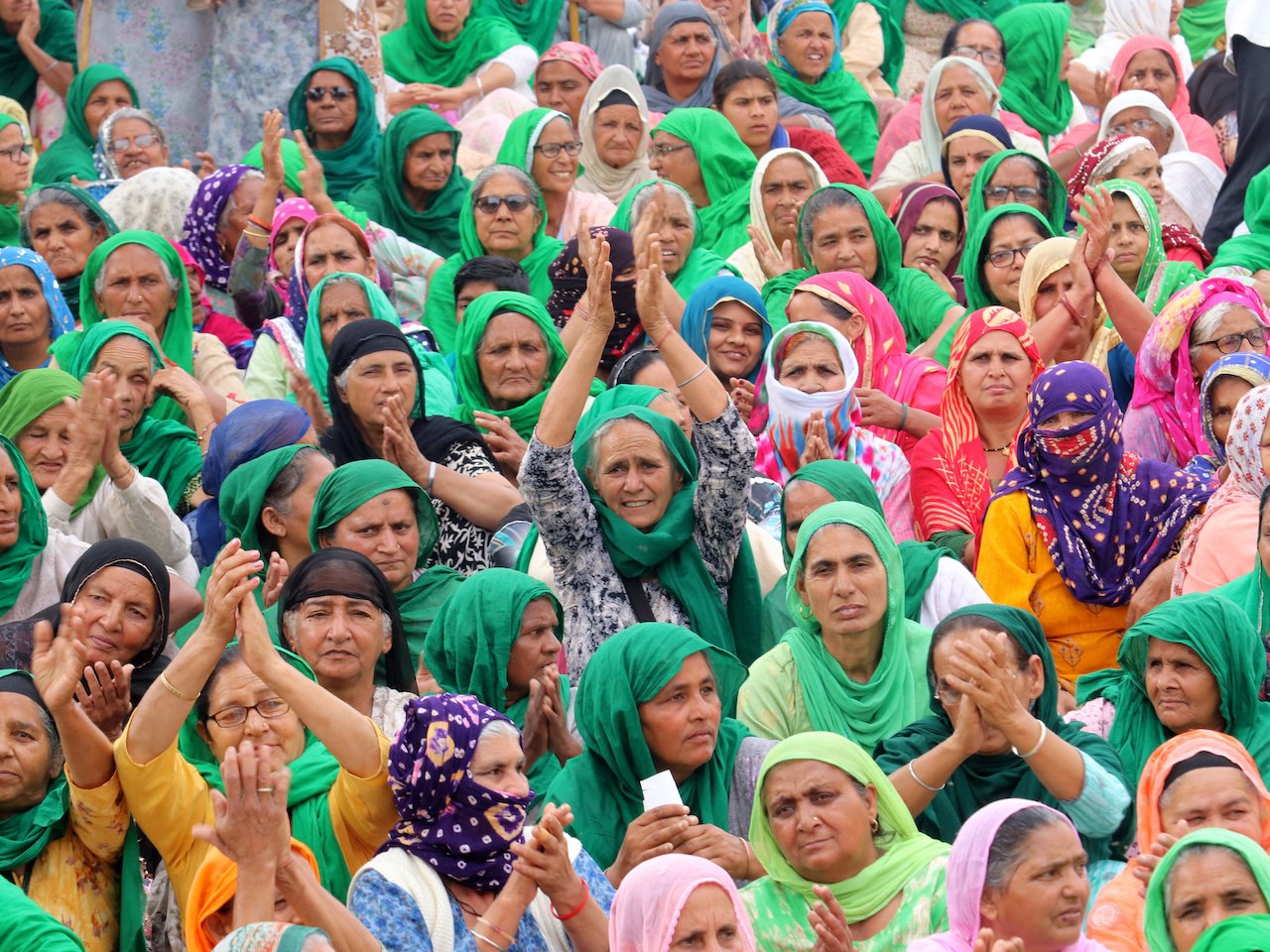 Indian farmers have been protesting for months now. They are asking the government to retract three new contentious farm laws that threaten farmers’ livelihoods. Economists have said the new laws hurt the country’s 100 million-plus small and marginal farmers in favour of private agribusiness monopolies, which environmentalists believe could have a devastating effect on ecological roots, by promoting overuse of water and pesticides, degrading the soil, biodiversity, and crop harvests.

Political observers have also commented on what the protests reveal about the attitude that India’s majority government, led by Prime Minister Narendra Modi, takes toward democracy. His Bharatiya Janata Party follows Hindutva, or Hindu nationalist, ideology based on ubiquitous Brahmanical patriarchy, and the government had displaced minority religions, castes and women even before this civil rights movement began.

The farmers’ protests ignited throughout India have been mostly led by Sikh farmers from Punjab, who have implemented Sikh ethos at protest sites: Practicing seva (service), langar (free meals) and chardi kala (high spirits), they’ve governed themselves as peaceful guests. This has created safe spaces of resistance for women, and by many accounts, gender equity and empowerment has flourished at protest sites: A few of the initiatives include access to private toilets, free menstrual products and even healthcare services.

It is important to observe that Indian women are fighting for land rights even though they don’t have any rights to the land themselves. Patrilineal land inheritance customs in India favour men exclusively: Women’s relationship to land is determined by their natal and marital affiliations to it, both of which are rooted in patriarchal, feudal traditions. The majority of protestors are men and the women left behind are tending to farms in addition to their traditional gendered chores, including housework, social obligations, and caring for children and elders. Their workloads have doubled since the protests began. And yet, they continue to support the protest.

Across Canada, many Sikh communities are staging their own protests in support of the farmers. Here, three activists explain their reasons why. 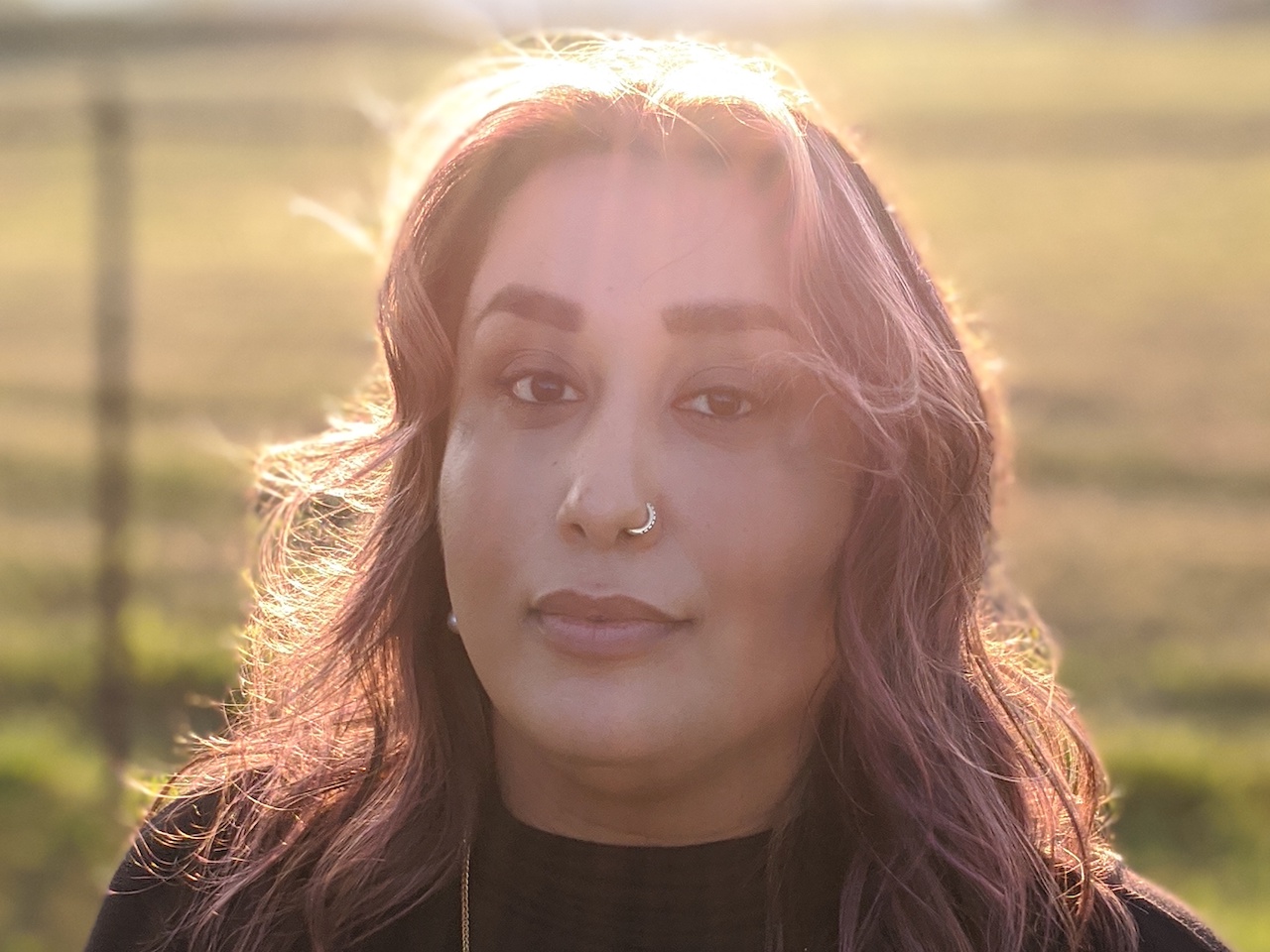 “There is no way to separate agriculture and Punjabi culture. They are intrinsically interconnected. From music, to dance gestures, to how homes are built and family dynamics function—it is all designed around caring for land. The Sikh faith was founded by farmers on Punjab’s agricultural soil. Even our language and poetry is birthed by agricultural influence. Agriculture permeates in Punjabi culture so deeply and this is why these protests feel so personal.

The protests are about so much more than agricultural laws. They are to protect an entire community’s identity from disappearing. From an anthropological perspective, the Indian state is disenfranchising a minority’s way of life through the guise of modernity and financial advancement. We can draw a parallel with the Inuit and Indigenous communities in Canada and how their way of life has to be protected because it is central to who they are. Taking that away, anthropologically, is a huge blow to the very spirit of why they, as a people, exist. Certain communities need this protection because their livelihoods depend on their geographic homeland.

I’ve been thinking about Bollywood’s longstanding history of benefiting and profiting from Punjabi culture by stealing from our identity, since the 1940s. They have appropriated Punjabi Sikh identity, oftentimes having non-Sikhs play Sikh characters with the inappropriate utilization of Sikh iconography and religious wear. The majority of Bollywood actors have remained silent and have yet to comment on the protests occurring in the hundreds of thousands around them.

What’s happened with the farmer’s protests is a small fraction of what’s been happening in India on a greater scale. People are seeing India as we’ve known it has been for so long: Anti-west, anti-female, anti-minority. As Canadians, we have to focus our pressure on those issues that suppress democracy from thriving.” 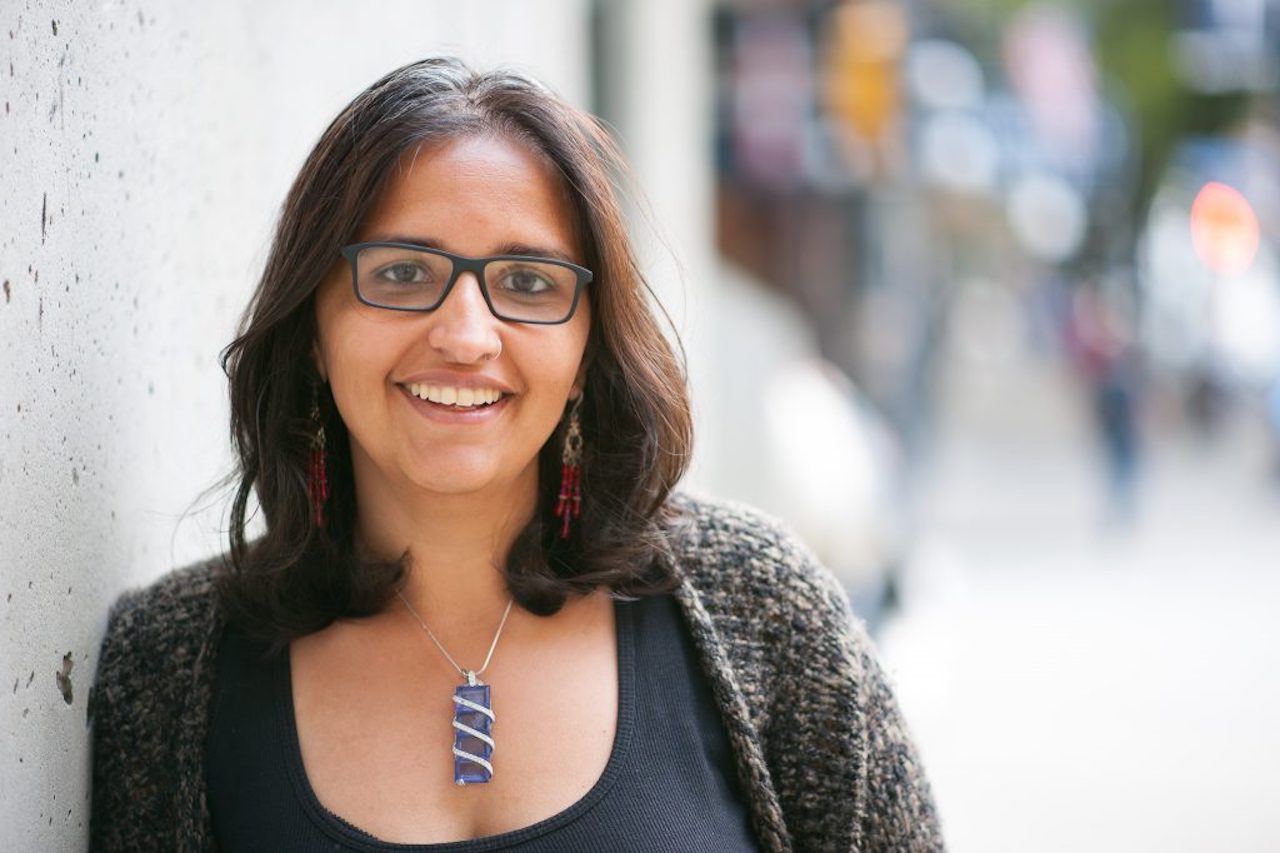 The executive director of the British Columbia Civil Liberties Association, Walia studied law and has been involved in many grassroots activist movements, including migrant rights with No One Is Illegal. She is the author of Border and Rule: Global Migration, Capitalism, and the Rise of Racist Nationalism.

“When we think of the farmer, there’s the stereotype that farmers are men. It’s important to amplify the voices of women-led farmer organizations, caucuses, and unions drawing focus to this. I’m thinking about the Malwa region of Punjab that is most struck by the epidemic of farmers’ suicides. Women farmers have been vocal there because the reality is that many of the suicides are by men. This means that many of the families are female breadwinner families.

This inherently misogynistic idea of dominance and ownership inspires the events in India beyond the protests. This ties into neoliberalism: Look at the ways in which capitalism has distorted women’s roles in farming and land based communities. A system of private property alters women’s social relationships to [the land]. We have this confluence of capitalist forces, and big corporations like Gautam Adani and Mukesh Ambani [benefitting from] these laws.

We cannot only care about what we perceive to be only our backyard. The webs of how we’re interconnected are truly global. What’s happening in India may seem like it’s far away, but it is important for the international community at large to be concerned and to not cast this as an issue that is only for the Sikh or Punjabi diaspora. That is exactly the response that India state forces are relying on.

The decades of aggressive pushing against state subsidies in the Global South is something that countries in the West and World Trade Organization are deeply implicated in. This push for privatization and deregulation makes it easier for multinational companies [to control land in India], especially western companies like Monsanto who already have a stronghold in India. This very clearly implicates western power and interests.

So when we see, for example, celebrities like Rihanna and others tweet in support of Indian farmers, the response of Indian state is to say ‘do not interfere in our internal matters.’ The Indian state wants to present this as an internal affair that others don’t have a say over. It’s intentional and misleading. It’s to break bonds of solidarity.” 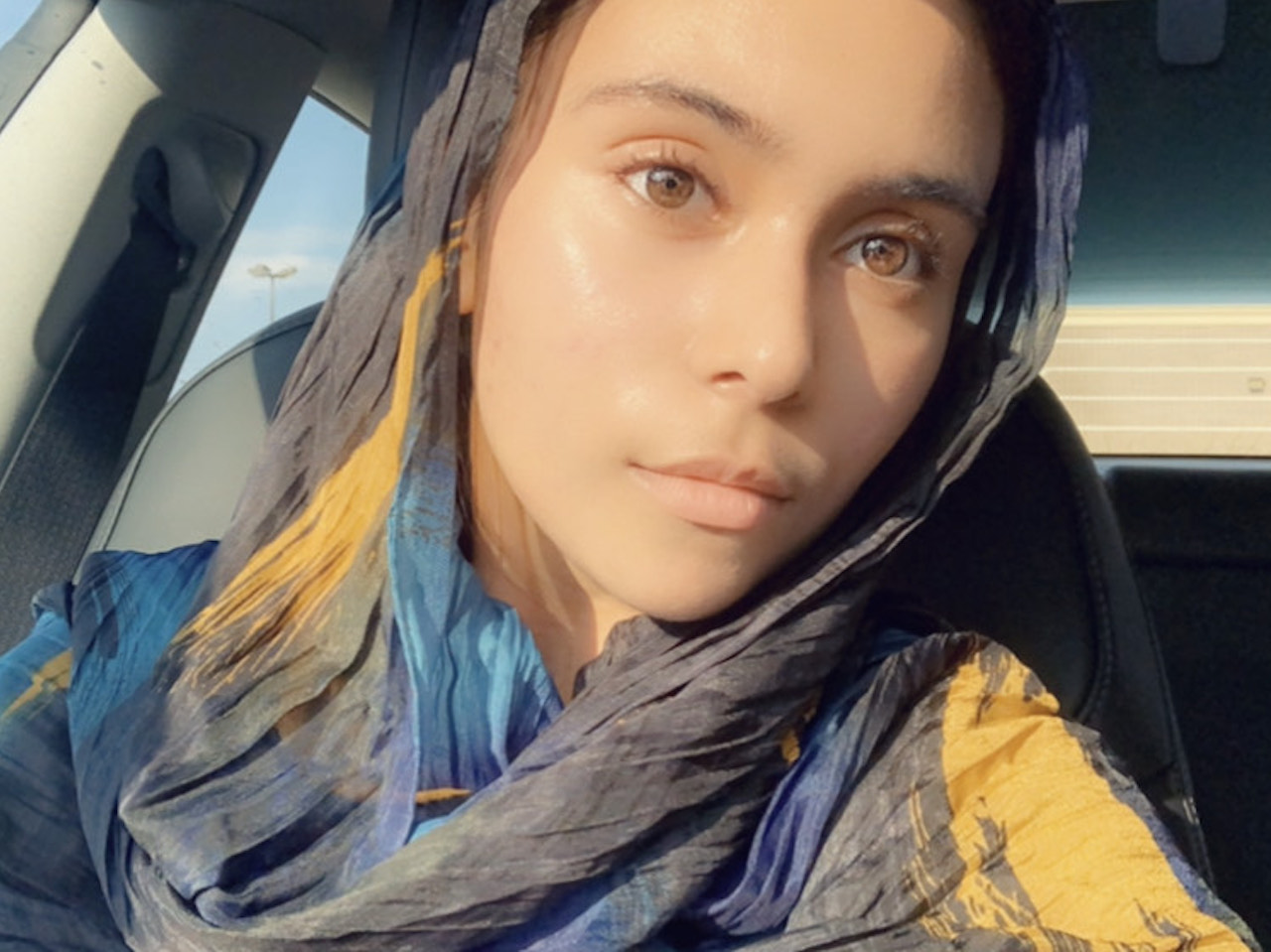 The co-founder of Kisan Rally Toronto, which organizes local protests to support the farmers, Kaur is the past co-president of her university’s Sikh Students Association. She has conducted guest presentations on Sikh history across Ontario.

“It is important for everyone to understand what is at stake here. It is not just about the future of the livelihood of these people, but also the future of how food will reach all of our plates globally. These bills will cause a ripple of privatization to occur in the Indian agricultural industry, which will drastically change how food [that is exported to Canada] is produced, how it gets here, and at what cost.

In addition to the economic repercussions of these bills, one must also think of the dire human rights violations being committed in India right now. These bills were passed without any consultation from any farmers’ unions, and there was such an uproar the moment these bills were announced in Indian parliament that the live-streaming had to be cut out and the entire recording muted. People need to understand that this is not what a democracy looks like. Democracy is not exercising violence on [citizens] when they protest peacefully. Democracy is not charging peaceful protestors under false cases to illegally imprison them. Democracy is not [detaining] journalists for reporting the truth or [sexually assaulting] activists for exercising their basic human rights. And if you think the rights of those in another country don’t affect you, you are wrong. It can be them today, but it could be you tomorrow.

These protests have caused me to have an awakening about who I am, where I come from, and how I can help those fighting for their right to solely eat. There are moments where I feel frustrated as there is not much I can do when I see innocent protestors being beaten and targeted with tear gas; but I also feel empowered. Seeing my people’s resiliency in the face of violence and injustice reminds me to never falter for if I falter, I have failed them. This protest has reminded me that when regimes take away not only their rights but also their voices, I must be their voice.”

Interviews have been condensed and edited.