Less than five percent of Canadian firefighters are women. Here's what it's been like for three of them this wildfire season. 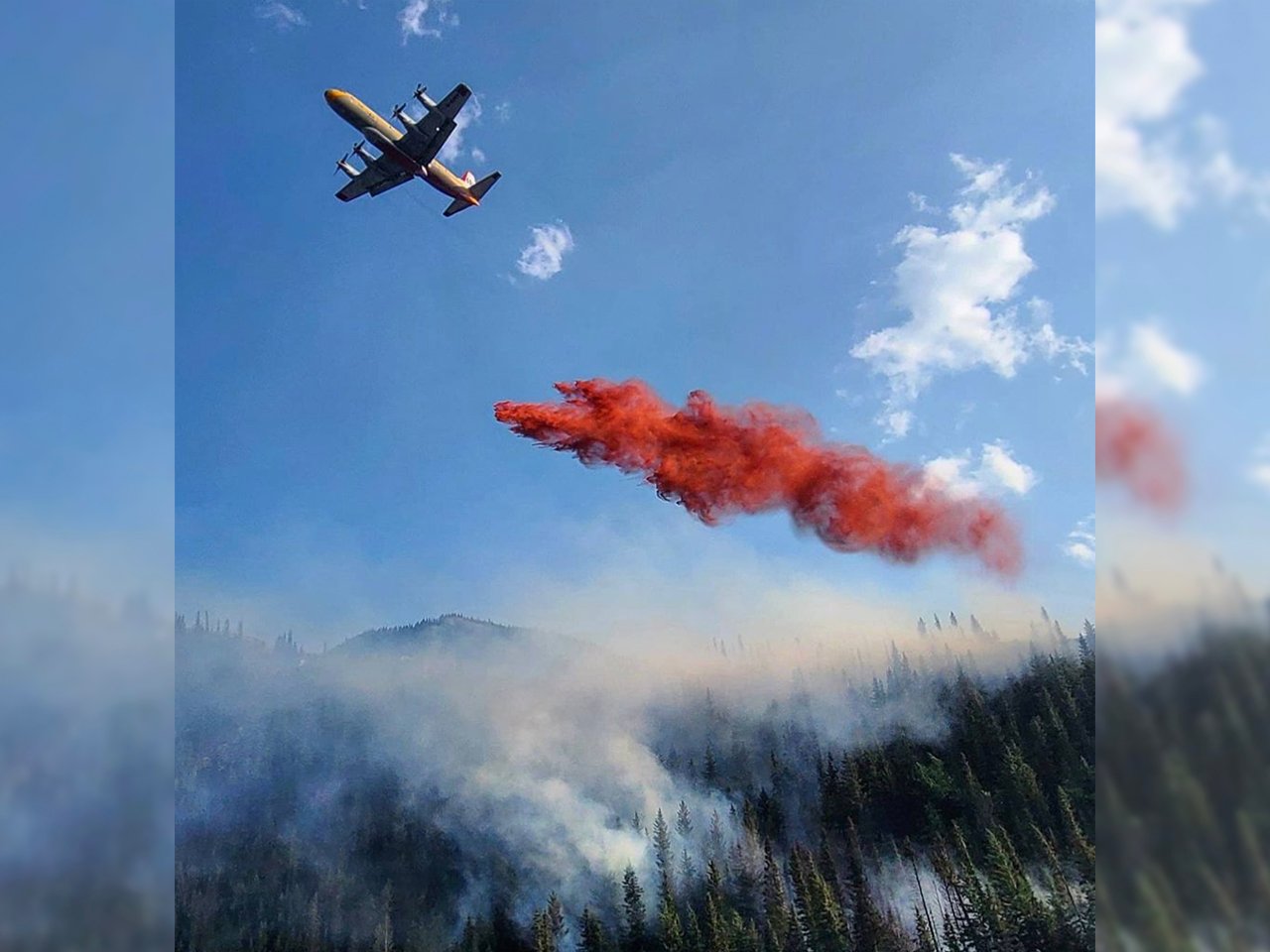 This summer, almost 6,000 wildfires burned across the country. And while the current fire season is slowing down, the Canadian Interagency Forest Fire Centre reports that there are currently 118 uncontrolled fires burning across the country. That means plenty of firefighters are still on the ground, doing their best to protect the trees, as well as the plants and animals that live among them and the people nearby.

Less than five percent of Canadian firefighters are women. Here, three of them talk to Chatelaine about their intense, important jobs. 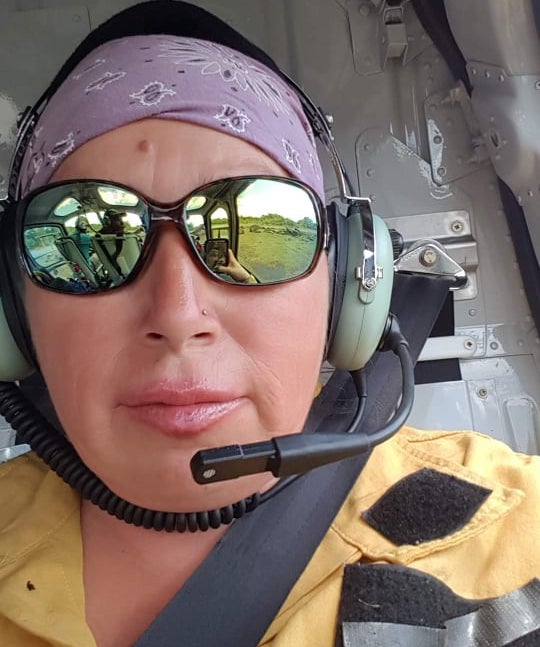 Elaine Trudeau has been a firefighter since 1998. Two years later, she became a crew boss, which these days means she’s the one coordinating when the call comes in from the provincial government looking for firefighters. “I put the call out on social media, Facebook, even text messages,” she says. “The firefighters call me Bush Mama.”

Her most recent job was at Socket Lake, north of Sioux Lookout in Northern Ontario, fighting a fire over 1,690 hectares large—about the size of 41,000 football fields. “Which is nothing compared to the fire zone in Red Lake [near Thunder Bay, Ont.] or Kenora [in central Ont.],” she says. “The fire over there was 139,000 hectares.”

Once someone responds to her call, Trudeau has to make sure they have the appropriate firefighting qualifications. She also co-ordinates training programs for potential firefighters and works with provincial social agencies to make sure everyone has training in First Aid and other required training. That’s all in addition to her full-time job, as an Indigenous victim support worker with survivors of sexual assault.

Trudeau, who is from Wiikwemkoong Unceded Territory on Manitoulin Island, says she is grateful for being able to do firefighting work every year. Life at fire camp can be hard and stressful: in fire season, shifts that can vary between eight and 16 hours of physical work, with 14 days on and two days off before heading out again. She misses her family, but they’re “so supportive of my work,” she says. In fact, her daughter became a firefighter for a season, inspired by her mother’s efforts.

All her work is driven by her passion for her community. “I have a deep love of firefighting and I try to speak on behalf of Indigenous firefighters,” says Trudeau. “Many of the fires this season are in First Nations communities.” With 32 percent of on-reserve First Nations people living near forests, many were affected by this year’s evacuations: There were complete evacuations of Poplar Hill and Deer Lake First Nations, while vulnerable residents were moved out of Pikangikum, North Spirit Lake and Cat Lake.

The proximity to fires is frightening but it also means a lot of jobs, and for Trudeau and her crew there’s often some healing that goes along with their firefighting work. “For Indigenous firefighters, being out on the land is amazing,” she says. “These people that are out there, I see this time helping them if they are struggling with problems like addiction back at home. This work takes them away from those addictions for a couple of weeks and it gives them something to be proud of. It is hard work.” 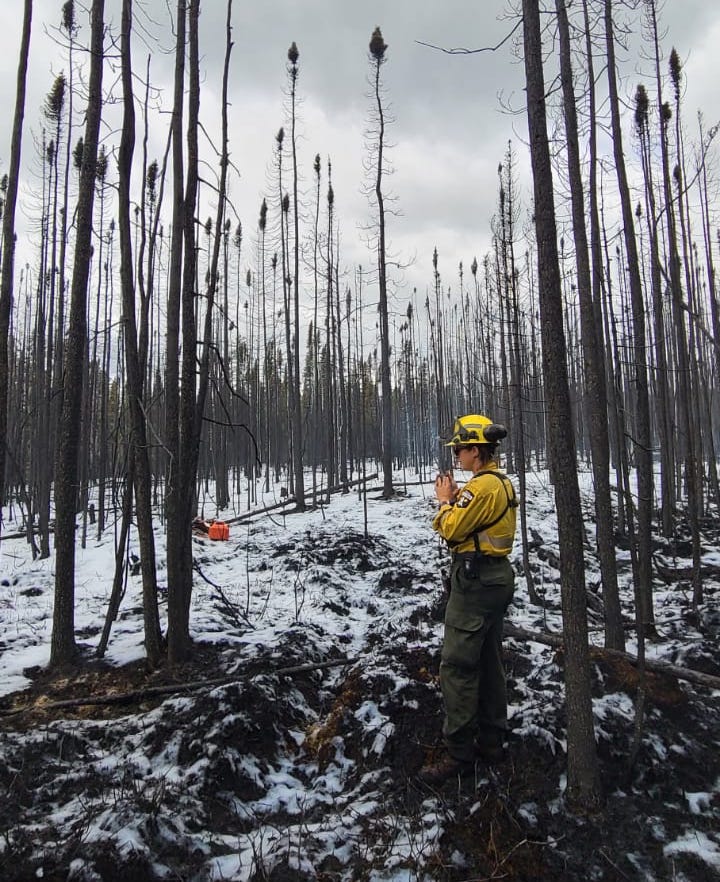 “I was really lucky when I first started firefighting,” says Scullion, who has worked on forest fires for nine seasons. “There’s not a ton of women in leadership positions in fire. But there was a woman who was a helitack leader when I was a rookie. The women before you pave the way and make you feel like you can do that job too.”

Scullion is now a helitack leader herself—she heads a team who are transported by helicopter to wildfires. Helicopters provide rapid transport, enabling crews to move large distances quickly, and such crews are common in Alberta during forest fire season.

Scullion is from Lac La Biche, in northern Alberta, and her father was a firefighter. “So I thought that was what I always wanted to do. My hockey coach was a firefighter too!” she says. “It was a perfect job for going to college, too. I started and was just hooked.”

Firefighting provides a lot of flexibility, she says, and women shouldn’t be intimidated to enter the field. “There’s so many different ways to fight a fire. It doesn’t matter if you think you are limited by your physical capabilities,” she says. “Anyone who wants to do the job, men, women, non-binary, you just have to like to be outside and like pushing yourself. You have to enjoy the grind, as we call it. Attitude is everything.”

She believes more diversity in the forest firefighting industry would create stronger teams, and would love to see more women, racialized people, and especially Indigenous women enter the profession. “[Being a woman] makes me a better firefighter in the way that I create community. It’s tough to put into words but I think there is space for the feminine in what is often thought to be a masculine profession,” says Scullion. “People think differently and there’s more than one way to fight a fire.” 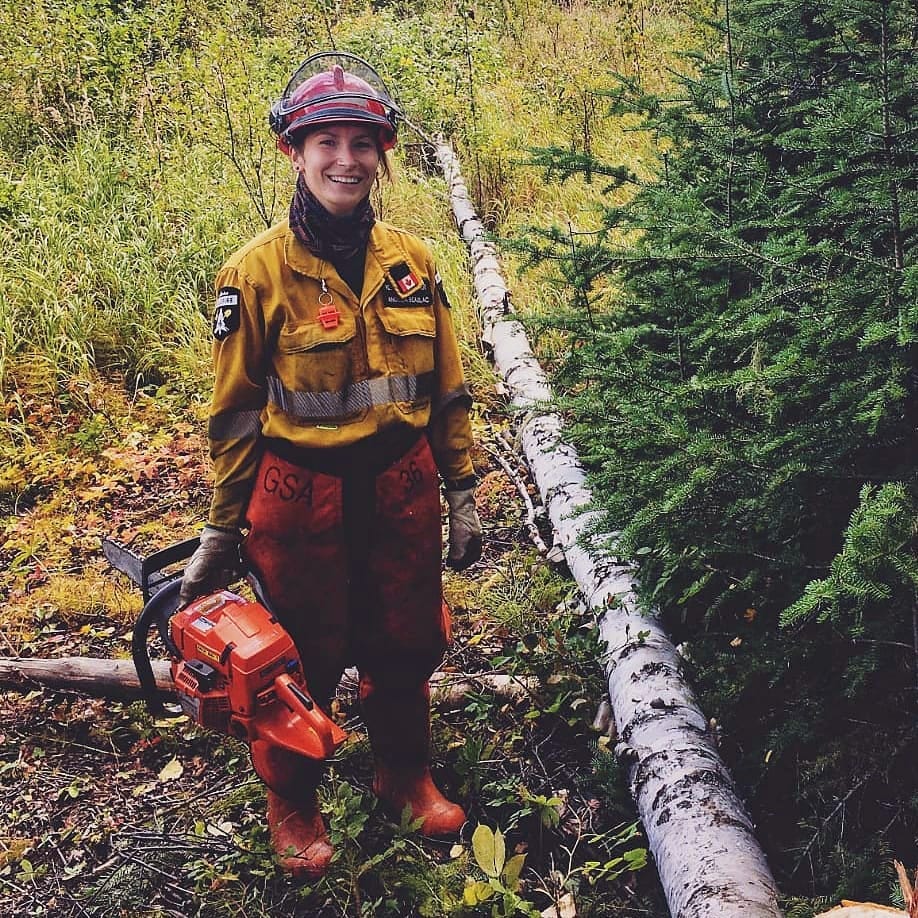 Beaulac is a member of Scullion’s crew: she has worked summer wildfire seasons for two years in a row, and she loves it. “It is the best job in the world,” she says. Her Instagram feed is of breathtakingly beautiful shots from across Alberta: Awe-inspiring mountain ranges; cheerful, tired looking crew members stretched out on cardboard having a rest; a plane set against a blue sky, dropping a striking crimson cloud of flame retardant onto forest down below. It’s a chemical that often goes by the brand name Phos-Chek, she says, and is used to prevent a wildfire from spreading.

COVID-19 changed things in fire camps the same way it changed things everywhere. Camps had to be made bigger, to create space for social distancing, and crews travelling by helicopter must now wear masks because of pandemic restrictions.

“Some bases will give you takeout containers [for your meals] and even interacting with other crews means if you can’t keep social distance you have to wear a mask,” says Beaulac. But that doesn’t always apply when crews are actually out fighting fires.. Things get very warm and situations are often unpredictable—“at that point, you just do what you have to,” says Beaulac.

About 13 percent of firefighters in Alberta are women, a number that Beaulac finds surprisingly low, since Scullion makes recruiting women a priority, and their crews in Lac La Biche are sometimes all female. Beaulac identifies as queer, and thinks representation is as important in firefighting as anywhere else.

“I think the barriers to more women being involved is still the idea of how physical the job is. It can be intimidating for a lot of people,” she says. But at five feet three inches and 150 lb, she says, “if I can do this anyone can.”

“The people make the work really awesome. Everyone I work with has been really good,” says Beaulac. “The work is fun and the people are just really rad.”