A daughter’s spirit, a mother’s grief

On the eve of the 25th anniversary of the tragedy at Montreal’s École Polytechnique—which claimed the lives of 14 female students—Suzanne Laplante Edward recounts the events of the worst day of her life: December 6, 1989 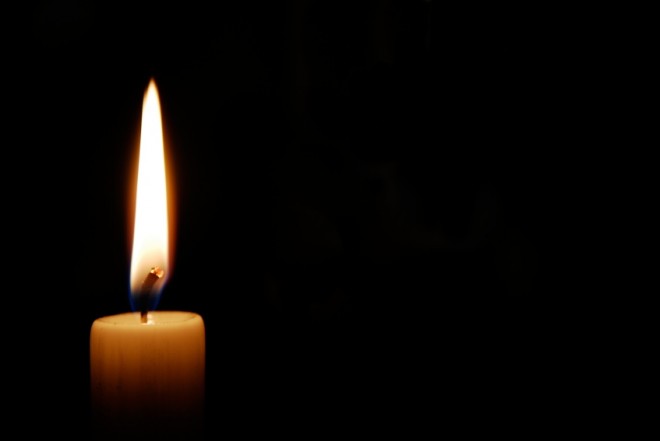 5:15 p.m. I’m getting dinner ready and listening to classical music when Radio-Canada suddenly interrupts the program. “A man armed with a gun has entered the École Polytechnique. We will get back to you as soon as possible with further details.” I’m stunned. Things like this just don’t happen here in Quebec. School shootings are an American phenomenon. My daughter, Anne-Marie, is a student at Poly, but I know that if she finds herself in the face of danger, she will find a hiding spot somewhere. She’s so athletic, so intuitive.

At that precise moment, Anne-Marie has finished a chemistry lab with a male student friend of hers, and the two are getting ready to grab a bite at the cafeteria on the ground floor of the engineering school. A few minutes later, Radio-Canada interrupts the music again: “Four people are reportedly wounded at Poly. No deaths have been confirmed so far. Urgences-santé and the Montreal Police are arriving on site.”

Meanwhile, the gunman is roaming the building from one floor to the next. He has already fired a shot through the glass window of the school’s accounting department, killing one female employee. He enters a classroom on the second floor and kills six students.

Anne-Marie is lined up in the cafeteria. In seven minutes, she will be dead. I grab the phone to call my husband in the car. “Jim, a crazy sniper is inside Poly; he’s shooting students.” Long silence. Then: “There’s no point in worrying,” he says. “You know her, she will find a way to protect herself. She may not even be there….”

To this day I still don’t understand why we are not afraid for her. I hang up. The phone rings at once. It’s our son, Jimmy.

“Mom, did you hear about Poly? Don’t worry, Anne-Marie told me she’d be at Mont Habitant tonight to train with the Université de Montréal ski team.”

I phone Anne-Marie’s roommate. Yes, he’s heard about the shooter. No, Anne-Marie is not there. Her skis? They are in her bedroom. The practice has been postponed until tomorrow. My heart sinks a notch.

5:20 p.m. Jim arrives home, picks up his newspaper and does not seem overly worried…I think he’s trying to keep me calm. The truth is that we don’t believe that she is in danger. Still, we’re edgy. We switch on the TV. “The police have surrounded the school,” the reporter says. “There could more than one killer, maybe two or three.”

5:22 p.m. The gunman enters the cafeteria. Four shots ring out. A young woman collapses and dies in her chair. Hysteria sets in. Students jostle toward the exit, people scream, people huddle under the tables. The gunman smiles and slowly continues his hunt for women. Why should he rush, does he not hold in his hand the ultimate weapon, a gun? Seeing that the exit is blocked, Anne-Marie and a girlfriend take refuge behind some partitions in the corner of the room where nobody ever goes. That vision of her scrambling towards her possible salvation will haunt me for months.

The gunman eyes the two running women and their long hair. Hair of damnation. He slowly makes his way toward them behind the partitions. He points his weapon in Anne-Marie’s face. She dares to speak to him.

“Why are you doing this? What did we do to you?”

“You’ve taken my place in this university. Engineering school is for men. For men.”

He aims at Anne-Marie’s friend. A bullet in her face. Another one goes into my daughter’s right arm. Then a third just below her heart. Finally, a fourth, to be sure. (The two of them were eventually found later that night, hugging, comforting each other in death. How long did they survive their ordeal? What did they say to each other?) The devil disguised as a man goes back up to the third floor and enters Room 311, a materials engineering class where two female students are doing an oral presentation.

“Get out! I said get out!” he shouts at the young men. The students hesitate. He threatens them with his gun. “Leave! I have a score to settle with the girls!” He is yelling now and the students have no choice but to withdraw. The two students who were presenting try to sneak out with the men. The gunman shoots them in the back. They will succumb to their wounds.

The gunman walks between the rows and fires at women. A student is killed; several others are wounded. One of the injured students is howling. The gunman moves toward her and…click. No more ammunition.

He abandons the gun, takes a dagger from his belt and stabs her to death. But the resistance offered by the flesh brings him to his senses. “Oh, shit! What have I done?” He reloads his gun and fires a bullet into his head.

Meanwhile, at our home, we eat our dinner in blissful ignorance. I wonder today if this refusal to believe is a survival instinct. We eat our lasagna, picking at our food a little uneasily. Why is Anne-Marie not calling? Our son calls us back: “I am taking a taxi. I’m going to check if Anne-Marie’s car is there”.

When he arrives on the scene, he is met with patrol cars, flashing lights, ambulances. He approaches the officer in charge: “We have no word from my sister, Anne-Marie Edward. She’s a student here. Is she on the injury list?” The answer is negative; he heads home, relieved. The idea that she might be dead doesn’t even enter his mind.

I am glued to the television set when Bernard Derome, a host for Radio-Canada, breaks the news that two more bodies have been uncovered: “They are telling us that the 14 casualties are all women.”

All girls? In a school where 90 percent of students are young men? I don’t need it spelled out for me that this is a statement of misogyny. The killer is carrying a letter in his chest pocket that will later confirm it. And innumerable witnesses have reported his words: “You are all feminists. Feminists have ruined my life.”

10 p.m. The anxiety is overwhelming. They repeat the same message on TV for at least the 15th time: “If you have a student at the École Polytechnique who has not yet communicated with you, please go to the school.” Jim is settled in the den, where he is doing the monthly household accounts. His apparent calm irritates me intensely.

11 p.m. I decide to go. “Jim, you can stay. I’m going to see what’s happening.”  “I’m coming with you.” I call Jimmy so he can meet us there. My heart sinks during the whole journey; it’s the start of my descent into the abyss.

11:30 p.m. We finally arrive at the university. Jimmy is in the lobby. Other couples are there. They seem to already know that their daughters are dead, but it hasn’t been confirmed to them yet. My two Jims do not seem to be inordinately worried, despite what appears to be obvious: If Anne-Marie’s name were not on the list of the deceased, they would send us back home. But I decide to say nothing. My heart sinks a bit lower.

Polytechnique’s acting director waits for all the parents of victims to arrive. He could have taken each couple separately and told them the bad news. It would have seemed more humane, but no, he escorts us into an auditorium. He is there, list in hand, and he waits, and waits. Not by cruelty, but because he is overwhelmed by the event.

Somebody yells, “Tell us the names! We want to know!” He turns pale, looks at his list. He does not know how to announce to parents the deaths of their daughters. At last, with a quavering voice, he makes a decision: “I will begin with the wounded.”

There are 14 of them, 12 women and two men. Then, he resigns himself to reading, with a voice scarcely audible, the names of the deceased young women. I am flanked by Jim on my right, by Jimmy on my left. We are standing, holding hands. We are expecting the worst. I am holding my breath. When I hear Anne-Marie’s name, I half die. I am incapable of thinking, I am not weeping, I do not react. I am an empty shell.

The three of us leave the room. The photographers assail us on the other side of the door. We return to the large lobby with the other parents. We all stand, dazed, waiting for our daughters’ bodies to be made presentable so that we can identify them.

12:30 a.m. It is our turn. They have laid Anne-Marie out on a school table. Her little body, black and blue all over, is in a white plastic bag. They have lowered the zipper to uncover her face. At this sight, my heart drops to my heels. I go around the table to be closer. I speak to her: “Hi honey! I am proud of you.” I kiss her on the forehead and the chill seizes me. At that instant, I physically feel a jolt in my abdomen, an energy transfer in my womb from Anne-Marie to me. I gave her her life, now she is giving me hers. My daughter is telling me, “Mom, I am passing on the energy of my youth, my mental capacities, my spirituality. It’s my legacy. And for heaven’s sake, make something of it. Act.” (Much later, when I said this to other mothers who lost daughters in this event, some told me they had felt exactly the same thing.) I am the only one to speak. I repeat incessantly: “Anne-Marie, my darling, we will do something. You will see. I don’t know what yet, but we will do something.” Jim and Jimmy say nothing. They are nailed to the ground… I look them right in the eyes and I say, “We will get over this, you’ll see, we will manage. We will do something and we will come through this. We will not allow this to happen. It doesn’t make any sense! It just does not make sense!”

In retrospect, I can say this: There is no sport in the world, hunting for example, that is worth the intense hurt that guns can cause if they end up in the wrong hands. None at all!

The police officer pulls the zipper up over Anne-Marie’s face and we leave the room, completely destroyed.

For 25 years, Suzanne Laplante Edward has fought for stricter gun control laws in Canada. She has advocated relentlessly for the Canadian Firearms Registry, now abolished in all provinces but Québec, where it is presently under review at the Supreme Superior Court level.