Top 10 ways to save energy beyond Earth Hour

Vancouver was voted 2013 Global Earth Hour Capital! Keep Canadian cities at the top of the environmental ranks by supporting Earth Hour — and following these energy-saving (and money-saving!) tips all year round. 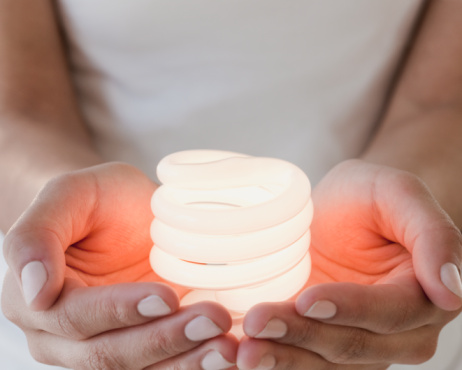 Every year, hundreds of millions of people around the globe support Earth Hour by shutting off their lights and committing to candlelight and no energy usage for a whole hour. Recently, our very own Vancouver was crowned the Global Earth Hour Capital by the World Wildlife Fund, beating finalist cities in the United States, Italy, India, Norway and Sweden. Well done, Vancouverites!

Beyond that hour though, it’s important to reduce energy consumption all year round, not only to conserve the environment but because — let’s face it — it’ll save us bundles! According to MoneySense, the average Canadian homeowner spends $2,234 a year on water, energy and gas — and that amount can be significantly reduced if we make some changes. Interestingly, renters actually use more energy than homeowners. As reported in The New York Times, a research study found that energy use is higher in rental units because the majority of them do not contain energy-efficient appliances. So if you’re a tenant, talk to your landlord about considering an upgrade, thereby reducing your hydro bill. That’s just one way to reduce your energy consumption, but there are many more ways you can green your home. We contacted Jode Roberts at the David Suzuki Foundation who gave us these great pointers on how to live more conservatively:

1. Plant a tree to shade your house from direct sunlight. Trees near buildings reduce air-conditioning needs by a third and save up to half the energy used for heating.

2. The next time you need to replace your roof or shingles, choose a lighter colour so that it reflects more of the sun’s rays so your home stays cooler during the hot summer days.

3. Set up a charging station for gadgets like tablets, phones and music players — plug everything into a power bar and turn it on only when you need to charge something.

5. Insulate everywhere — the roof, floors, walls, basements. It’ll keep you cool in the summer and toastier in the cold seasons.

7. Check walls, doors and windows for drafts and seal them up — up to 40 percent of heat loss is from these areas.

8. Any plugged-in electronic gizmos (think microwave, electric toothbrush, laptop, clock radio, game console) suck energy when they aren’t being used. This is called phantom electricity and can cost up to 10 percent of your bill. So if you’re not using them, unplug them.

9. If you’re buying a home, be sure it meets R-2000 standards (which means it will use two-thirds of the energy of a conventional home). R-2000 costs a little more up-front, but in the long run, the design saves money on utility bills and boosts resale value.

10.  Go for a walk instead of watching TV or booting up your computer. It’ll do you and the whole planet a lot of good!

Hosting an Earth Hour party this weekend? Get your no-cook recipes here!