Want some serious superheroes? The women in these films have our hearts - and our backs 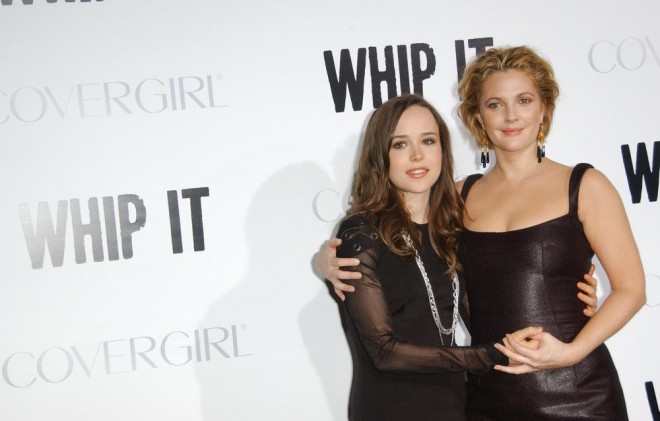 Summer blockbusters may be a good way to beat the heat, but they don’t always deliver female characters in three dimensions. So here’s our antidote: ten movies whose awesome heroines deliver seriously badass bang for your buck. Watch a few of these, and you’ll be ready to take over the world!

1. Kick-ass classic
Thelma and Louise (1991)
Long before Quentin Tarantino had desperate women fighting their way out of bad situations, Thelma and Louise drove conventional female friendship flicks off the cliff. The title characters are fed up, pissed off, and they’re armed. Geena Davis and Susan Sarandon have never been better, (and a very young Brad Pitt is incredibly easy on the eyes, too).

2. Kick-ass in the future
Aliens (1986)
Is there anyone you’d want guarding your back in space except Sigourney Weaver? We didn’t think so. This second film in the Alien series is proof positive that the maternal instinct is, in fact, an instinct to fight when necessary. When Weaver’s character, Ripley, goes up against the queen alien in her egg chamber in order to save a little girl, it’s definitely not a squealing girl fight.

3. Kick-ass sports flick
Whip It! (2009)
Ellen Page is fantastic as Bliss, a Texan beauty queen turned roller derby star in this girl-power sports flick directed by Drew Barrymore. Crashing out of her meek, super-girly rut, Bliss transforms into Babe Ruthless and finds a community of kickass women like Maggie Mayhem, Eva Destruction and Smashley Simpson who don’t take crap from anyone. Need we say more?

4. Kick-butt kids flick
Nausicaa of the Valley of the Wind (1984)
This Japanese anime movie by Hayao Miyazaki (who made Princess Mononoke and Spirited Away), takes place in a post-apocalyptic wonderland. Nausicaa is a skilled fighter but uses her power to bring peace. The result is a stunning film that is as much about strength that it is against war.

5. Kick-ass girlfriend
Run Lola Run (1998)
There’s nothing quite like the image of Franka Potente, music beats pumping, racing through the streets of Berlin with the wind coursing through her fire engine-red hair. This cleverly written thriller has Potente on deadline to find 100,000 deutchmarks in 20 minutes or her boyfriend-in-distress Manni gets it. Men can be so helpless, sometimes.

6. Kick-ass femme fatale
La Femme Nikita (1990)
Far better than the American version and the TV show it inspired, La Femme Nikita is a chilling portrait of a government assassin, forced into the job when all her other options run out. Her deadliness is more than muscle, it’s also about manipulation. “There are two things that have no limit,” says one of Nikita’s handlers, “femininity and the means of taking advantage of it.”

7. Kick-ass comedy
Buffy the Vampire Slayer (1992)
The movie that spawned the great TV show may star a dippy teen cheerleader, but there’s real heart – and serious moves – to this cute comedy. Stake in hand and able to execute a perfect double back flip, it’s best not to underestimate Buffy. And she would have no patience for Twilight, either.

8. Kick-ass adventure
Lara Croft: Tomb Raider (2001)
Kind of like Indiana Jones but with a lot less clothing, Lara Croft could have just been some video game-turned-movie flop. But with Angelina Jolie as the powerful, braided, and busty Croft, there’s an intensity here that mere pixels can’t match. Plus, she could take down Indiana Jones in a heartbeat.

9. Kick-ass documentary
Double Dare (2004)
This doc is hard hitting to say the least: it’s an inside look at female stunt co-ordinators and stuntwomen who make the stars in these other movies look so good. Figured prominently is Zoe Bell, who went on to star in movies like Quentin Tarantino’s Death Proof and Drew Barrymore’s Whip It!, which also made our list.

10. Pure kick-ass action
Kill Bill (2003)
Forget every other role she’s played: Uma Thurman will live on in our minds as the bride, the nameless woman who comes back from tragedy to wreak bloody vengeance on all that made her suffer. Tanrantino borrows heavily from the gorgeous choreography of Asian action films like Crouching Tiger, Hidden Dragon, and the result is both pretty and pretty violent.