What $700,000 buys across Canada — including a home with an indoor pool

Property Snoop: A massive river-front home in Quebec, a four-seasons cottage in Ontario and an architectural gem in Manitoba.

1. A large, luxurious home with an indoor pool in Eastern Quebec. 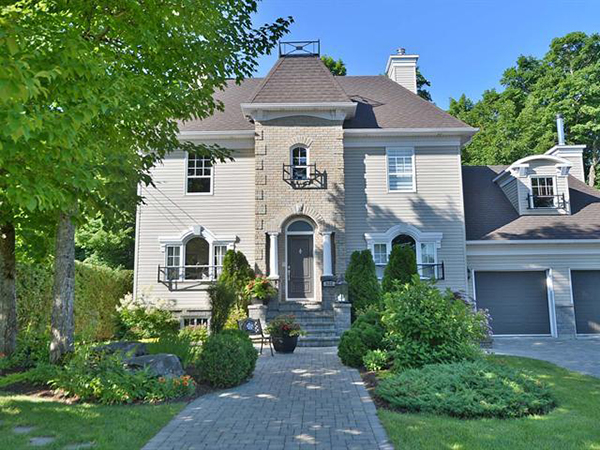 This regal-looking home is surrounded by plenty of beautiful garden.

Address: 522 Rue de La Forestiere
Where: Desjardins (Lévis), Quebec
Price: $699,000
Specs: 3 beds, 2 baths
Sometimes new-built chateaux suffer from a lack of overall patina and old-growth vegetation, but this one gets it right. Bordered by woods on all three sides, the 4,000-square-foot abode on 15,000-square-foot lot manages its columns and stone-cladding proportions perfectly. The über-modern kitchen is an added bonus. Plus, there’s even a large indoor in-ground pool.

2. A riverfront cottage with 45 acres of land just outside of Toronto. 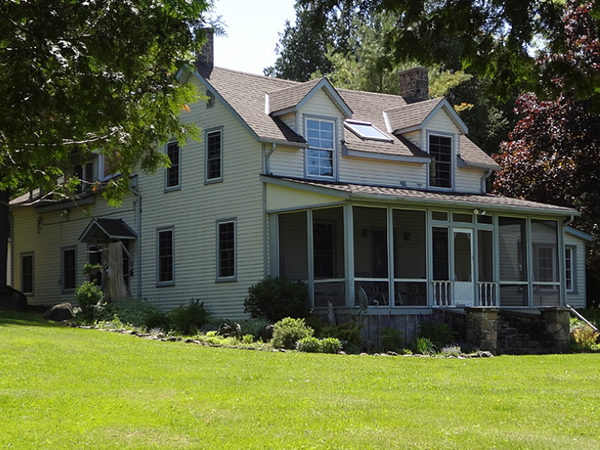 There are lots of trails nearby for hiking and cross-country skiing.

Address: 423525 Concession 6, West Grey
Where: Durham, Ontario
Price: $699,000
Specs: 5 beds, 2 baths
When a river runs through it — literally in this case — taking up fly-fishing is probably a must. Good thing, then, that this circa-1910, 45-acre estate — featured in the New York Times two years ago — comes stocked with trout in the Rocky Saugeen River that winds throughout the property. Your private waterfall — Hayward Falls — along with caves and an old Grist Mill foundation complete the outdoorsman’s trifecta — all just two hours’ drive from Toronto. 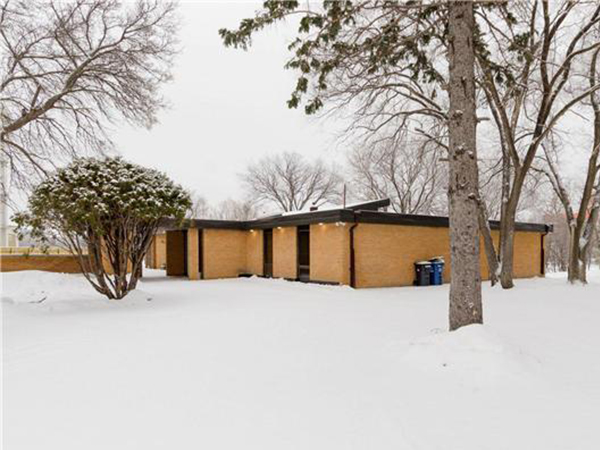 This home’s all-season sunroom has all-around views of the river.

Address: 2679 Scotia Street
Where: Winnipeg, Manitoba
Price: $699,900
Specs: 4 beds, 3 bath
Post-WWII, Manitoba became a hotbed of mid-century modernist architecture as the population shifted from rural to urban and optimism abounded. The architecture school in Winnipeg — founded in 1913 — produced some of this country’s best architects who turned out gems like this one — a bungalow (with 232 feet of river frontage!) with supremely clean, flat lines and copious glass that nods to the Bauhaus style.

More:
What $460,000 buys you across Canada this week, including an entire island
11 gorgeous, super-low-maintenance indoor plants
37 epic finds under $10 from Ikea