How one Winnipeg family embraced minimalist decor — and you can too

Want to live with less? Follow entrepreneur Nils Vik's tips and make room for what matters. 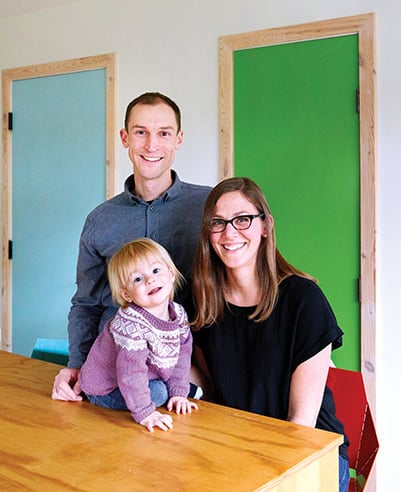 Nils with his wife, Melissa, and daughter, Marte.

By now, most decor fanatics — and aspiring organized homeowners—have devoured the joy-sparking, clutter-busting juggernaut that is Marie Kondo’s The Life-Changing Magic of Tidying Up. But in 2013, when Nils Vik was building his family home, Kondo’s book wasn’t yet published — so he relied on his own design acumen to create a cozy minimalist paradise.

The owner of two Winnipeg-based coffee shops and a coffee roastery, Vik employed both his degree in environmental design and his Norwegian heritage in fashioning the 1,500-square-foot home in the neighbourhood of Saint Boniface, where he lives with his wife, Melissa, their two-year-old daughter, Marte, and Poncho, their shy standard poodle. “I grew up visiting Norway on a semi-regular basis to see my father’s family,” says Vik, who cites the utilitarian (yet warm) feel of traditional Norwegian cabins as a major interior influence. “Norway’s pretty small, and it was relatively isolated back in the day, so people used materials around them to the best of their ability.”

Related: The Marie Kondo tips we still swear by

From start to finish, Vik’s build was a family affair. Even with a baby on the way, a new puppy to train and the imminent opening of his second coffee shop, he managed to whip up schematic designs for his ideal abode — with a little help from his father-in-law — and circulated ideas among his friends in Winnipeg’s thriving architecture and design community. (Vik also took care of the insulation and wood finishing, but contractors handled the rest.) Between its cathedral ceilings, barn-style roof and abundance of whitewashed pine, Vik says, the home is infused with a certain nostalgia for the Scandinavian cabins of his childhood. And though he’s not fussed much by trinkets, Vik has a particular fondness for the tiny cowbell that hangs in his kitchen, a gift from his paternal grandfather. “The patina of it — you can’t recreate those things anymore.”

Though he and his brood were long moved in by the time Kondo’s book hit store shelves, Vik recently made time to read the mega-successful tome and found parts of his own philosophy reflected. “Deep down, I think we don’t need very much to be happy.”

Here are five ways to live more simply at home: 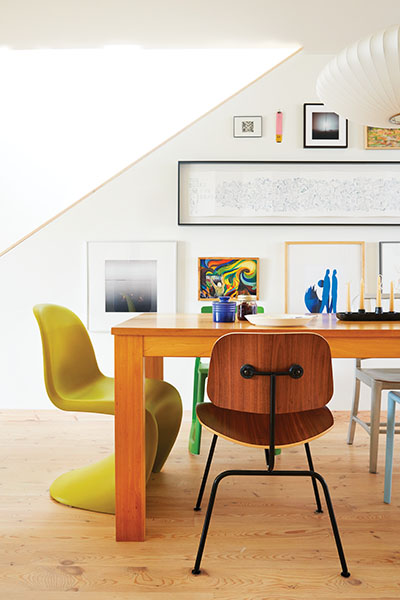 1. Everything in your home should be useful or beautiful.

A salon wall is a great way to display your most prized pieces of artwork. This arrangement of works created by mainly Winnipeg artists lines the staircase wall Vik's home — he is an active supporter of the arts community and was fortunate to have picked up many of these works early in the artists’ careers.

Related:
The Marie Kondo organizing tips we still swear by
10 genius ways to get organized using everyday objects
How to care for the wood in your home