The reno files: Shopping for a bathroom

I had a coupon for $1000 off of at a bathroom showroom that was going to expire next weekend, so early Saturday morning, before it got too crowded and crazy, and before I even had a chance to shower, the kids, hubby and I headed off to get a few things for the bathrooms. 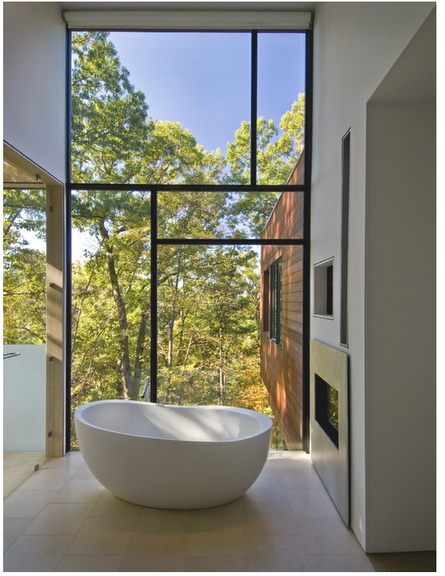 I had a coupon for $1000 off of at a bathroom showroom that was going to expire next weekend, so early Saturday morning, before it got too crowded and crazy, and before I even had a chance to shower, the kids, hubby and I headed off to get a few things for the bathrooms. I did not, in a million years, think that it would be a four-hour shopathon that would end in my spending what amounts to a university education on bathroom fixtures! And that was with a budget in mind!

Let me impart a little knowledge about these kind of shopping trips:

1. Don’t bring your kids. If you can. In my case, I couldn’t find a time to do it without them, so I came with armloads of markers, pens, comic books, and when all else fails, my iphone. They were still a nightmare, jumping from tub to tub and generally making mayhem.

2. Everything will be shockingly expensive. Know your budget before you step into the showroom, and have an idea of what it is you want your room to look like. Then take a closer look at that inspirational shot and decide what it was about it that made you fall in love with it. That’s where you want to spend your money. The rest is an opportunity to save. Example: maybe you loved the floor, the tiles, the bathtub, the vanity. Point is, you won’t have enough money for everything, so choose one thing to go crazy on. The rest will have to be a compromise.

3. Ask if that’s the best they can do. Sometimes, just by asking, you can get a discount!

4. Ask if there are sales, floor models, scratch and dents that you can take advantage of.

5. Don’t go crazy on gadgets. In our case, steam shower, body jets, remote control air massage…blah blah blah. Not interested in any of it. My dream was the freestanding egg shaped bathtub, and that’s what I got. I sacrificed on everything else.

You can see the picture of my inspiration bathroom above. It’s from architectural photographer Maxwell MacKenzie, in a residence by architect Robert Gurney.

Here’s a picture of the bathtub we chose. Believe it or not, it was not the perfect tub- but also not at the top of the price points to chose from, so we settled on this one.

Mmmmm, I can already feel the warm water splashing around me!

The vanity is a very simple chrome frame with white corian top/counter. Haven’t thought too much about the tiles yet- if we can afford it, slabs or carrerra or calcutta marble, if we can’t, white subway tiles! I’m pretty sure I want wood or (porcelain wood tiles), in a herringbone pattern on the floor. I have a great Panton chandelier that will go above the tub, in the window (that is black like the inspiration shot).

I may add panel molding to the walls, and paint the whole thing a semi gloss white, or creamy white. Still so much to think about, but the fuzzy image of the master bathroom that lives in my mind is slowly coming into focus!