Nine amazing decorating ideas from TV's 9 by Design (plus more of their decor secrets!)

Stylish living with seven kids? Find out how the Novogratz family from the popular show became one of today’s hottest lifestyle brands 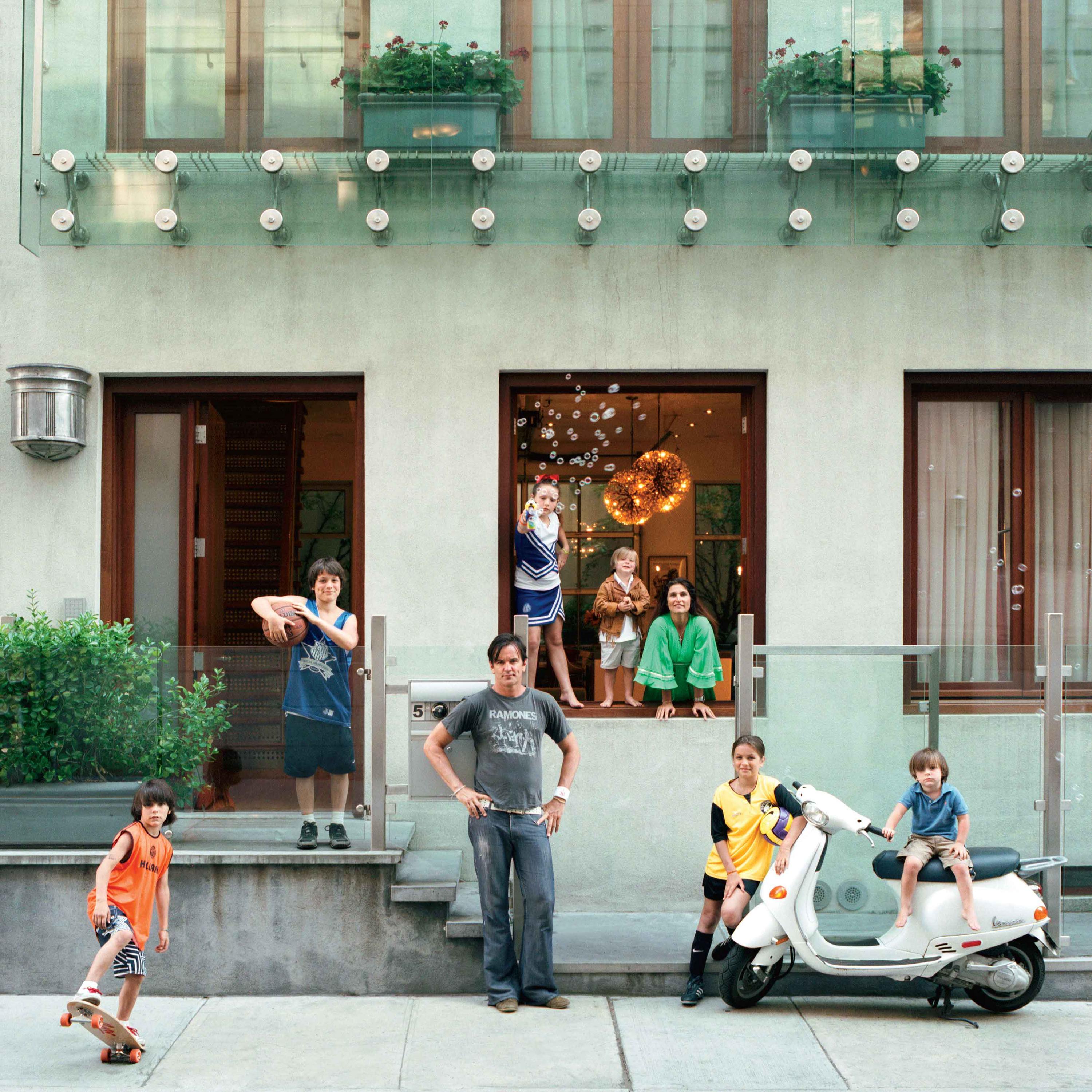 The 9 by Design family

Robert Novogratz muses that before his family’s show 9 by
Design began airing last year, he and his wife, Cortney, had five
design projects on the go; by the time the eight episodes had
aired, the self-taught design duo’s firm, Sixx Design, had received
over 250 job offers from around the world. As a result,
it’s hard to believe them when they say that little has changed
since they became television personalities. “Sure, more people
recognize us and we get invited to more parties, but other than
that, the show doesn’t really affect our lifestyle,” he says. That
lifestyle, however, is so far beyond ordinary that perhaps fame
barely factors into the family’s day-to-day reality.

The husband-and-wife design team have seven children,
from two to 14 years old. The size of their family explains the
name 9 by Design. Their new series, Home by Novogratz, premieres
on HGTV in June. But the two New Yorkers (he’s 48,
she’s 39) continue to take on residential and even a few commercial
projects. They have an insatiable appetite for creating
spaces that express their quirky mix of iconic high design,
funky bric-a-brac and intense colour.

As if they didn’t already have enough on their plate, the
photogenic family recently signed with One Management
— the first step to becoming the faces for various advertising
campaigns. They’ve also launched a product line,
and they have a book in stores and another one in the works.
Yet one of the things that make Brand Novogratz so appealing
is that nothing comes across as scripted or planned. The
couple’s urban-bohemian spirit and approach to design is as
wacky as it is wonderful, and they seem to get a kick out of
each new challenge, whether at work or at home. “Creating a brand is super-fun,” says Cortney. “We love doing different
things with our work and our family.”

It helps that they run their design business from their
West Village six-storey house, which means some quiet
time when the kids head off to school and valuable face time
whenever they’re home. And everyone pitches in. Twelve-year-old twin daughters Bellamy and Tallulah are especially
helpful with the little ones, says their mom.
The constant presence of cameras obviously means
capturing moments high and low. But the couple maintain
that the producers of 9 by Design are sensitive to any
outbursts. “They were especially good to the kids, and
backed off if one of them was having a bad day or a meltdown
— it happens to all kids!”

Having such a large clan does present logistical challenges,
especially in a place like Manhattan. The family
has two favourite restaurants — Felix and Arturo’s — within
walking distance, and getting pizza or takeout is not
uncommon. They no longer fit into a single vehicle, so

Robert and Cortney have to drive separately when they
take the family to their country home in New England.

Married for more than 15 years, they both have Southern
roots (his are mostly Virginian; she’s from Georgia)
and come from big families, which may explain their
breezy nonchalance when it comes to their busy household.
Robert notes that the kids keep them young, both
in their design sensibility and in their attitude (he jokes
that Cortney is the more mature parent).

Their current home features a basketball court that
doubles as a movie theatre, but they’re already planning
their next move. Apparently, Breaker, who’s 10, wants an
indoor skateboard ramp. No surprise there — in the Novogratz
family, it seems, life is one big, wild ride.