How to choose lighting for your home: The Reno Files

It’s been a while since I've written a post. Mostly because nothing substantial has been happening, from a before and after point of view. There’s been a lot of tweaking the framing to make sure all the details are just right before we slap on the drywall next week – which I'm so excited for! 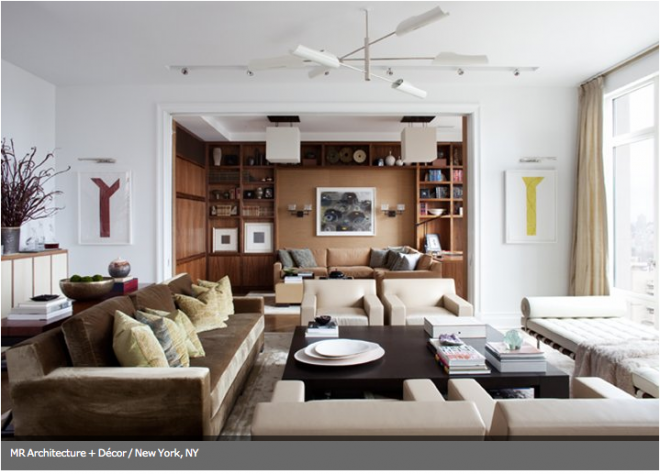 It’s been a while since I’ve written a post. Mostly because nothing substantial has been happening. There’s been a lot of tweaking the framing to make sure all the details are just right before we slap on the drywall next week – which I’m so excited about! As much as it feels like we’ve been inching along, however, a lot of crucial decisions have been made and I thought I would take this point to impart my newfound knowledge.

Getting the lighting right

I knew it was coming, but when George the contractor (as opposed to George the lighting contractor, George the framer and George the blind’s guy – they’re all Greek; I swear I’m not making this up!) told me the electrical was starting in three days, it threw me into a tailspin of shopping and planning. You see, lighting cannot happen until you know exactly where your furniture and art are going, and until you’ve chosen all your light fixtures. Sure, you can just throw a bunch of pot lights up in the ceiling, but the effect is somewhat like a chicken-pox scarred ceiling. Pot lighting is what Kimberley Seldon has so rightly coined “hag lighting” – not great for those of us nearing our 40s. In order to get the lighting right, you need three types of lighting: Overall light (i.e. pot lights), accent lighting (maybe a chandelier or wall sconces) and task lighting (i.e. table lamps).

Here are a few things to remember

Pot lights are best positioned around the perimeter of the wall. Try to line them up in a logical way so the spacing makes sense. They’re also great to accent any art you might have on the wall, or large pieces of furniture like a chest of drawers.

I currently love wall sconces, but they’re really tricky because they have to relate to your furniture and once they’re in, they’re in for good. For example, I knew I wanted to have sconces on either side of the bed in the master bedroom. In order to tell the contractor where to put them, I needed to know the width of the bed, its location in the room, the height of the mattress and headboard, the height of the side tables and the type of sconce. And that’s just for the master!

My point is, if you’re renovating, don’t even think about starting lighting until you’ve done most of your homework. OK, I know this has been a bit of a heavy post, so to lighten things up a bit, I’d like to share some of the pieces I recently bought for my home: 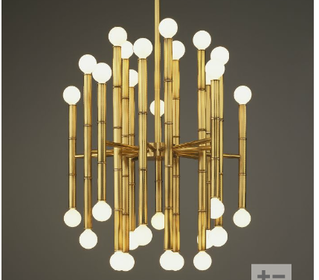 For my dining room: This is by Jonathan Adler, called the Meurice chandelier 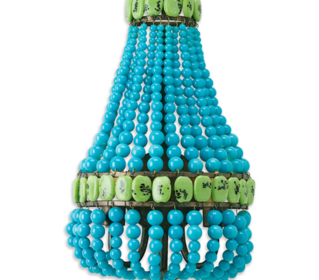 For the powder room: This wall sconce is from Currey and Company… 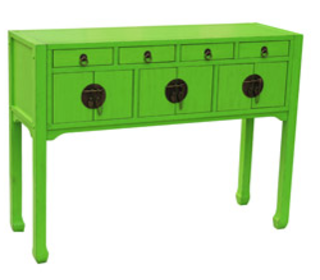 And my mind is not totally made up on this yet, but I’ve got a great green console for the sink (that looks vaguely like this)…

And I’d like a brushed gold faucet… and to gold leaf the ceiling…. 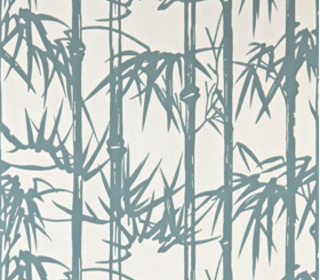 And maybe have this wallpaper from Farrow & Ball. Side note: my husband is going to hate this powder room! 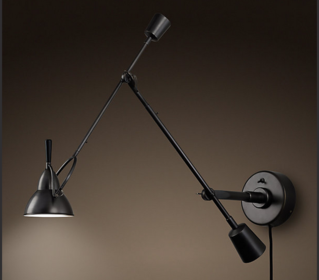 For the master bedroom, I’ll use this light from Restoration Hardware. 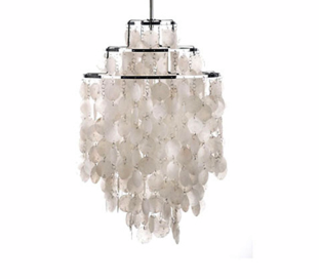 For the master bedroom, I’m going to use this original 1960s Panton chandelier and hang it over the tub. 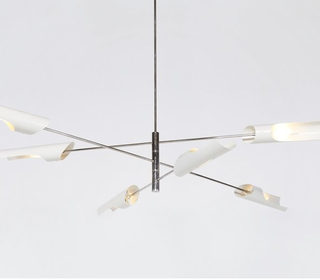 I don’t have anything for the giant living room just yet, but this is what I love best but would prefer it in black. It’s by designer David Weeks but the problem is that it comes with a $10,000 price tag! I need an affordable replacement! To get an idea of how this light will look in a room, see the first main photo above.

Stay tuned next week for my thoughts on heating and the curse of ductwork!