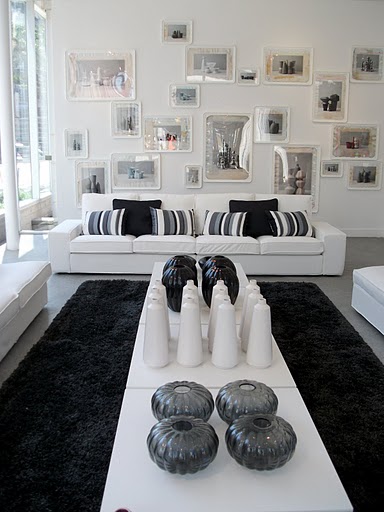 Last night, Ikea launched an exhibit that’s on display for four days at the corner of King St. and Peter St., in downtown Toronto. For those who cannot attend the event, you can view the video tour on their Facebook page.

The idea is a simple one that really resonated with me. Ikea collaborated with four designers from different fields and gave them carte blanche to create art using Ikea products as their medium. Why? Because the clever people at Ikea know their products have become an integral part of the design scene, and are now being used by designers and homeowners alike as a building block for new ideas.

People are taking Ikea products and transforming and personalizing them, so that they are deeply personal and practically unrecognizable (well okay, I can spot an Ikea product anywhere, but I spend a lot of time there). I have to say that I am guilty (although guilty is definitely not the right word) of this time and time again in the pages of Chatelaine, in my blog and on TV appearances: I start with one of their products then transform it into something new.

This September’s 10-minute project is a perfect example. And for my own house that I’m currently renovating, I definitely plan on starting with Ikea’s Lack pieces to create my ultimate dressing room (partly inspired by Bev Hisey’s house, also in this month’s magazine).

I had the chance to pop in the day before the Ikea exhibit opened and get a private one-on-one tour with the four talented artists that pulled it off.

Best know as the guy that stacks stuff (namely books), Bruno created a dazzling black and white sculpture made very simply of stacked chairs. Placed on a mirror, the overall effect was striking and bold, reminiscent of the 1970s’ art of Victor Vasarely. Check him out on Google if you’re not familiar with him – I sense a real comeback for this artist. 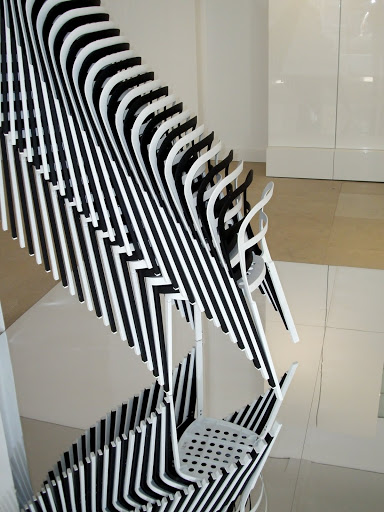 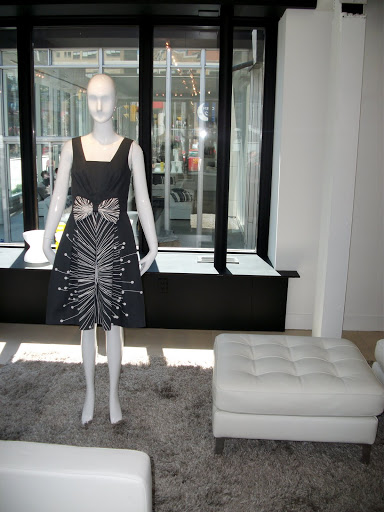 George Whiteside is one of Canada’s best fashion and portrait photographers. I’ve had the privilege and fun of shooting with him several times, and I was intrigued to see how he would handle this project. No surprise that his medium was photography. His portraits of Ikea’s amazing array of vases and sculptural objects were stunning, shot in an a way that reminded me of 17th century Dutch still life, but the way he grouped the frames on the wall was the real showstopper for me. I loved the tension of the frames almost touching, creating a frieze like effect on the wall that transformed the individual pieces into a cohesive whole. 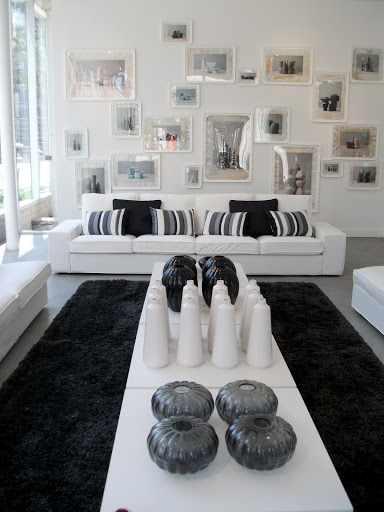 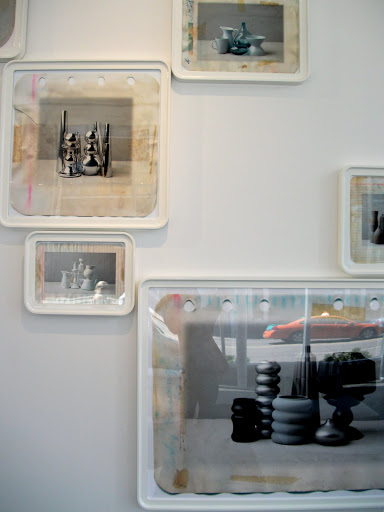 I was the least familiar with Holmes, who is making a major splash on the art scene with his large-scale oil and neon paintings. His interpretation of Ikea was both cerebral and intuitive. The main idea was that the flat pack, non-descript boxes Ikea sells their products in don’t reveal the beauty of the objects within. To this end, he built a shack, clad in Ikea packaging, with shopping bags as shingles, and wooden pallets as fencing, and filled it with objects and furniture that paint an intimate, deeply personal portrait of a person. And that’s probably what surprised me most about his work – we all know Ikea is a major international retailer, and there’s something so unsettling about going to a foreign country to find the same Expedit bookcase, or Leran light that you have in your own house. But Holmes’ transformation felt so, well, Canadian. It made me realize it’s not so much the objects themselves, but the context they are in that give them life. 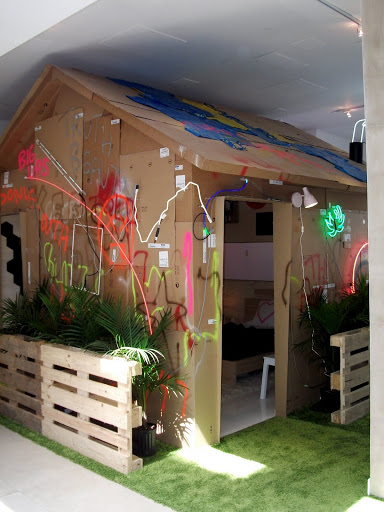 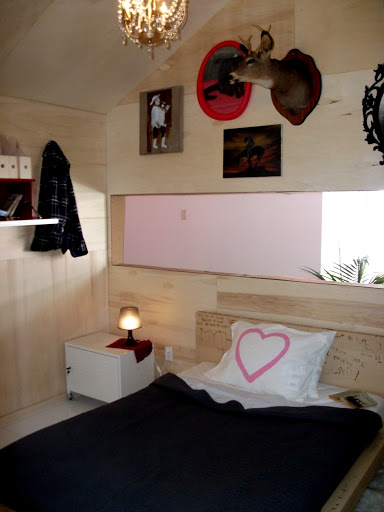 Check it out if you have a chance to.