Design tips for a ceiling: The reno files

The drywall is up, the house in primed, and now it's time for the fun stuff. And right now, it's all about the ceiling. 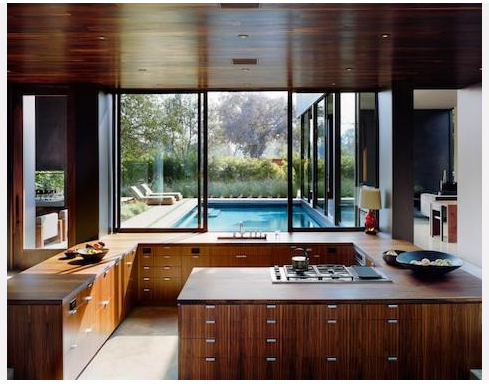 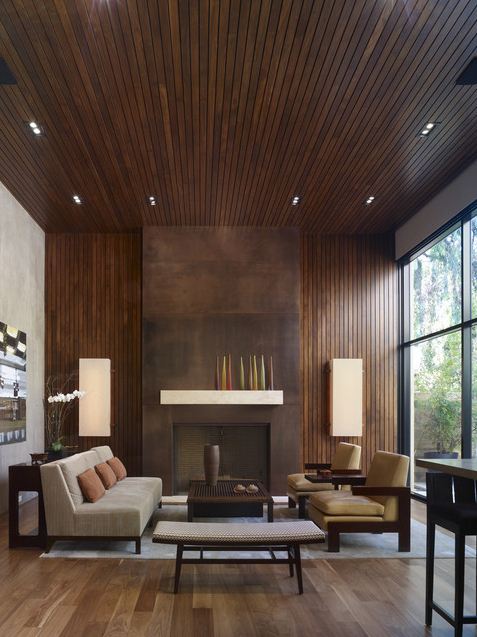 The drywall is up, the house in primed, and now it’s time for the fun stuff. And right now, it’s all about the ceiling.

For the longest time, I was a white ceiling only kind of girl. And then we built an addition to the house with 20-foot ceilings and everything changed! I felt like the ceilings were a little too high for the size of the room, so I decided to add wood — a dark colour will help bring the ceiling down a little. Plus, it has an awesome 1960s/1970s kind of vibe that I’m totally into right now!

It will mostly be a flat ceiling with tiny bevel detailing. I hope the end result will look a bit like what architect William Hefner designed (first image on left), though I don’t want the wall to be in wood which I think makes the room look a bit dark and gloomy. Another wood ceiling I like is by architect Marmol Radziner (second image on left). It’s a bit too glossy and heavy, but so wonderfully Mad Men that I can hear the ice clinking in a scotch glass.

Here’s the living room as of this morning — don’t mind the scaffolding! 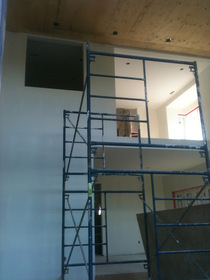 Here is what the living room looks like from up above. 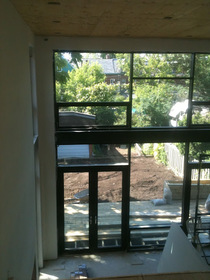 Here is the walnut wood. 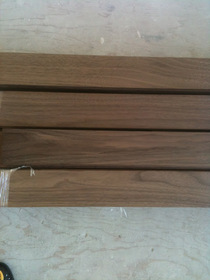 While I was thinking about ceilings, I thought it would also be really fun to paint my 3-year-old daughter’s ceiling a pale pink colour. I don’t love pink walls and I already have tons of very Scandinavian pink and white floral fabric for her room, so I thought white walls and a pink ceiling would be the perfect compromise. I chose Benjamin Moore Touch of Pink, 2008-70. It casts a beautiful light on the room.

This is how I’ve done it. 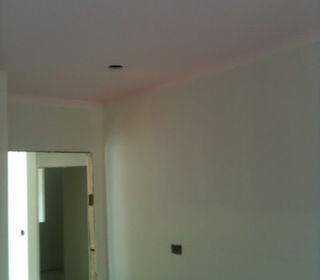 And I think I will add this classic chandelier from Ikea. (Maskros chandelier, $80, Ikea.)

I ran into my friend Emily Griffin of Emily Griffin Design at Ginger’s, and we got to talking about ceilings. She told me that one of her favourite tricks for a kitchen is to paint the ceiling Farrow & Ball’s Skylight paint colour against crisp white cabinetry. It’s just stunning. Good tip, thanks Emily!