Tired of overheated housing prices in Toronto and Vancouver, these four women decamped for more affordable cities. Here's what they learned.

The decision to bail on big-city living for chequebook-friendlier climes can make a lot of sense, especially in the overheated housing markets of Toronto and Vancouver. If you want to buy a place in Toronto in 2017, prepare to shell out an average of $1.34 million for a detached home — an increase of 26 per cent since January, 2016. The reason for the spike is a lack of inventory and a surplus of buyers; according to the Toronto Real Estate Board, there are half the listings there were last year. In Vancouver, sales are softening, but you can still expect to pay around $1.5 million for a detached home.

My sister and I got out of the Toronto housing market in 2011, enticed by nearby Hamilton’s stock of detached Victorian homes at small-city prices and hourly GO bus service. It meant giving up walkable access to great clothes, takeout and a surplus of culture, but the coffee is excellent — and I get to enjoy it in a spacious backyard.

We talked to four other women who have chosen to get out of soaring urban real estate markets to build a life elsewhere. Here, they tell us about the ups and downs of their moves. 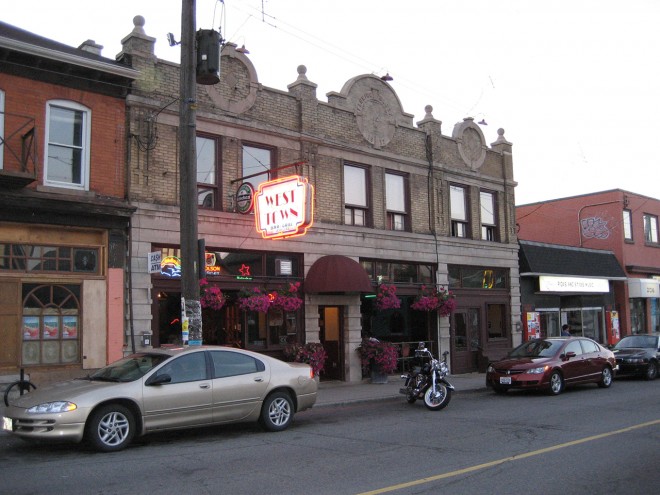 Sarah Furness, 42
Left: Toronto for Hamilton in 2014
Old home: Two-bed, one bath 680-sq.ft. condo downtown, rented for $1,650 a month.
Reason for leaving: The impending arrival of her first child would have meant a really snug fit in a teeny condo. “You couldn’t open the door of the second bedroom if the pullout couch was out.” And she and her husband didn’t have the financial firepower to be victorious in Toronto’s housing wars. “I would look at the prices and say that’s my max and then the house would go for over $100,000 [more].” After scouring the city for rental options — “The rent for a decent two-bedroom in 2014 was well over $2000/month,” — she gave up her downtown dream and expanded her search to Hamilton.
New home: A three-bed, one bath, 1,500 sq.ft. detached Victorian home in a Hamilton’s trendy Locke Street neighbourhood. “It has a backyard, which I love because I’ve only had a balcony the size of a phone book for ages. It’s on a quiet street and I can walk to three coffee shops.”
Cost: $340,000.
Food for thought: “I love that we have the backyard and room to spread out. The area we’re in is really cute, and it’s like a little town within the city.” There are trade-offs, though — Furness works as a nurse in Toronto, and could do without the commute. “If there’s a game or concert on and I’m driving, it can take two hours.” 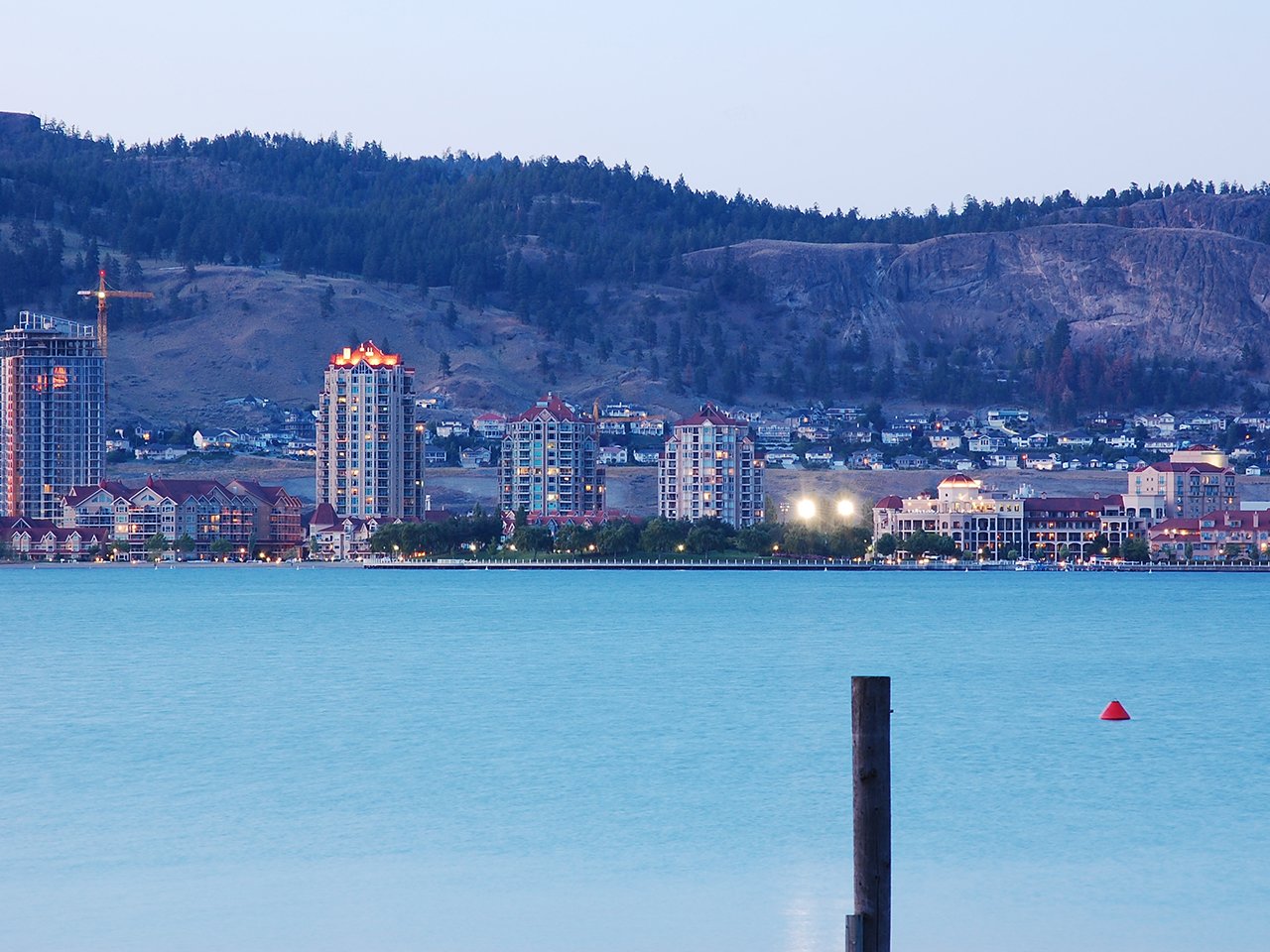 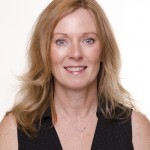 Angela Bettridge, 52.
Left: Vancouver for Kelowna (a 4.5-hour drive from Vancouver) in 2016.
Old home: A 4,000 sq. ft., 4 bedroom, 3 1/2 bath, detached house in Lions Bay, just outside of Vancouver.
Price: She and her husband Mark bought it in 2013 for $1.25 million, renovated it, then sold it last year for $2.25 million.
Reason for leaving: Vancouver’s “red-hot” housing market was too tempting for the jeweller and her husband. “We wanted to put money in the bank and still have an amazing house.” Betteridge now runs her appointment-only jewellery business in downtown Kelowna.
New home: A 5,000 sq. ft., 6-bed, 6 bath detached house that overlooks Lake Okanagan in the Upper Mission neighbourhood.
Cost: $1.6 million. Mark, a real estate investor (who’s now investing in a Kelowna high-rise), says a comparable home would cost between $4-$5 million in the Vancouver area.
Food for thought: Area realtor Jane Hoffman points out that Kelowna is one of the fastest growing cities in Canada. It’s also friendlier than Vancouver, says Betteridge. She loves the scenery and the proximity to great wineries and says the area deserves its “Napa of the North” nickname. 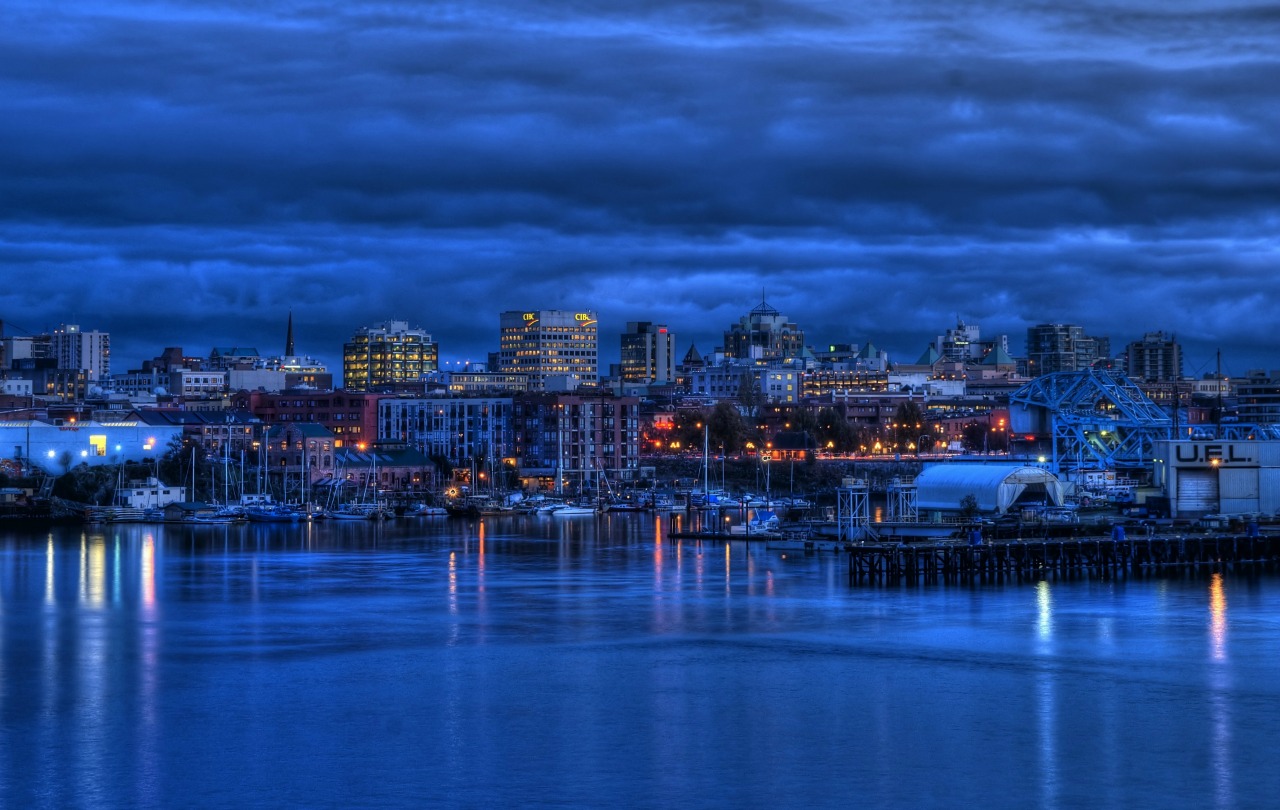 The downtown Victoria skyline. Victoria is hot — but not as expensive as Vancouver.  Photo, Brandon Godfrey / Wikimedia Commons. 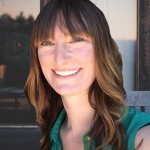 Laura Sharpham, 31
Left: Vancouver for Victoria in 2014
Old home: A two-bedroom, 777-sq.-ft. condo off Main Street in Vancouver, rented for $1,675 a month.
Reason for leaving: She and her long-term partner loved their location but were frustrated by the lack of reasonable real estate options in the city. “There was a teardown across the street from us that sold for over $1 million. An awful house. It was shocking.” When Sharpham took a position in the Victoria office of her company, it sealed the deal.
New home: A smaller place — a 667-sq. ft., one bedroom, one-bath condo in the Victoria West area — but it would have likely cost upwards of $500,000 in Vancouver. “It’s a 10-minute walk to downtown.”
Cost: $310,000.
Food for thought: While Victoria’s housing market is hot, Sharpham and her partner made a conscious decision not to max out their budget. “We could have had a $750,000 to $1 million dollar home, but we thought, why are we going to do that to ourselves?’ Why not get something that’s way within our means and just be able to enjoy it and not feel that tension that you just have to keep earning and keep earning?’ That decision means that they could sustain their lifestyle comfortably should one of them stop working. “It gives us some flexibility so we feel more secure.” Sharpham loves the “community vibe” of her neighbourhood and is sold on the condo’s harbour view. 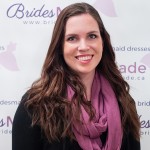 Mallory McKewen, 26
Left: Toronto for Waterloo in 2016.
Old home: She shared a one-bed condo “just shy of 700 sq. ft.” in the Fort York/CityPlace area with her boyfriend.
Rent: $1650.
Reason for leaving: McKewen, an MBA, quit her job in finance to devote herself to her online startup, Bridesmade, which rents bridesmaid dresses. She decided to move to Waterloo, where she’d gone to university and could draw on Kitchener’s startup support hub, Communitech. The idea of saving like mad just to wind up in a dinky condo didn’t appeal to the nature lover. “We would never be able to afford anything with a yard in Toronto. No matter how well we were doing. It was a mix between the cost and the lifestyle of living in a small condo—taking an elevator everywhere.”
New home: A 1,400 sq. ft. townhouse with three bedrooms, two bathrooms and a backyard for their dog in the Glenridge area.
Cost: $1,200 a month rent.
Food for thought: McKewen got a major boost from her parents, who bought the house as an investment then rented it to McKewen and her boyfriend (a place of this size would likely cost about $1,450, without a family discount). The move and her parents’ generosity means that they’re banking major savings each month. McKewen says she’s paying “$400 less for a house that’s triple the size” of their old condo.

More: What your nails say about your health
Why supermarket tomatoes are so tasteless — and how science plans to fix it
Sick of winter? 10 ways to make things cozier while we wait out the cold