How to deal with racist relatives over the holidays

Turkey, with a side of bigotry? Here's how to cope. 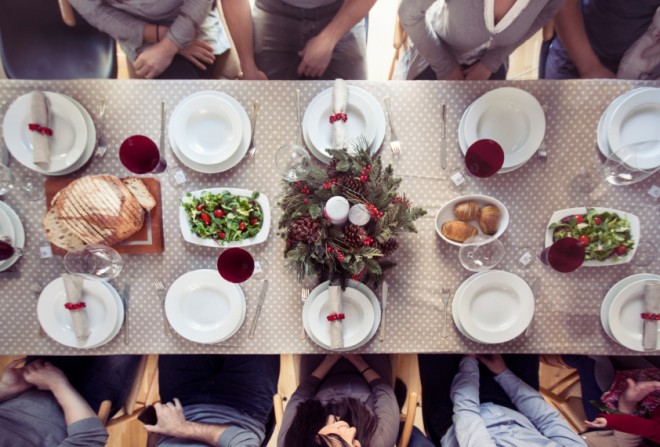 Everything hostage negotiators need to know about de-escalation tactics could be gleaned from the white-knuckled diplomacy on display at many family holiday dinners. Topics that are widely regarded as no-gos in polite conversations — sex, religion, politics, weight gain — seem to get the green light once everyone takes their seats in front of the yuletide spread. A Norman Rockwell painting this is not.

And just when you think you’ve made it from salad to dessert without incident, someone says something racist. This year, much media ink has been spilled about racial and religious discord — the Black Lives Matter movement, abhorrent instances of Islamophobia on home soil, the niqab debate, the Syrian refugee crisis and a certain Republican presidential candidate. So, uh, get ready.

If left-field, off-the-cuff bigotry is enough to make you want to jam mincemeat in your ears, there’s another (tougher) approach: speaking up. So if you find yourself feeling feisty, we’ve provided with you some case-by-case coping mechanisms for dealing with well-meaning, but still majorly racist loved ones.

Case No. 1: Your sister’s new boyfriend uses a racial slur.

When dealing with interlopers, all bets are off. Stifle visible signs of anger so as not to alert the troops and/or send your sister into an anxious tailspin. Then say in an eerily calm, no-nonsense manner that under no circumstances will that kind of blatantly discriminatory language be tolerated in your family’s home. (Bonus points if you’re clutching an unnervingly sharp turkey tool while relaying the message.)

Related: All I want as a Muslim is the freedom to be ordinary

Case No. 2: Your ancient grandmother starts a sentence with “So, about Muslims…”

Can any racism really be considered benign? No. But, perhaps idealistically, I like to think Grandma June’s unsavoury retrograde opinions are more a factor of the social climate of “her times” than outright malice. Instead of trying to cross the generational chasm, gently redirect your grandmother towards less loaded talking points — like how great her chestnut stuffing pairs with your mom’s sweet potatoes, or her Wheaten terrier’s whimsical new jingle-bell collar. Not to belittle her intelligence, but not even the most persuasive Gen Xer is capable of rewiring the social paradigms of an octogenarian in the time between turkey and pecan tart. Abandon ship.

Case No. 3: Your uncle unleashes a tirade about [insert visible minority group here].

Raise your festive napkin to your mouth and take five calming breaths, lest you feel inclined to lob a baked potato at his paper crown. This is the moment you’ve been training for. If challenging him in front of your surrounding relatives becomes unnecessarily hostile, ask to speak to him in private to express your discomfort. This doesn’t need to involve a full-blown character assassination — just some good, old-fashioned real talk. And should conciliatory measures fail, some gentle, sarcastic ribbing is a good way to point out the extreme absurdity of your uncle’s views. Even the “no-fun,” PC attendees should get their joy somehow.

Related:
Five ways Canadians have stood up to Islamophobia
How to stay optimistic in time of adversity
What Canadian parents can learn from one Parisian dad