Your family is probably crazy, too

Tolstoy wrote that "happy families are all alike; every unhappy family is unhappy in its own way." It's a really nice turn of phrase, for sure, but it's something I've found to be untrue. 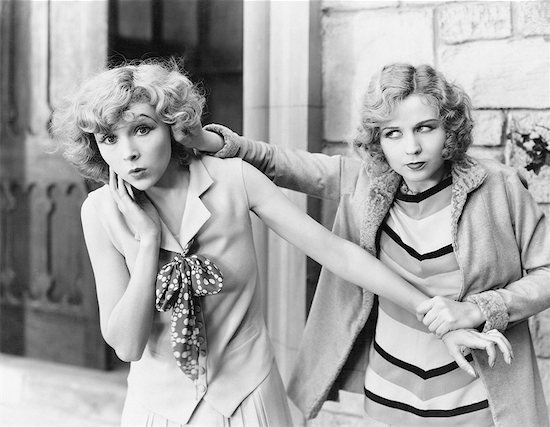 Tolstoy wrote that “happy families are all alike; every unhappy family is unhappy in its own way.” It’s a really nice turn of phrase, for sure, but it’s something I’ve found to be untrue. Every (mostly) happy family I know – where there is no shortage of love and support, of hope and something – is also sometimes undercut by their own layers of neuroses, competition, general grumpiness and a whole whack of other very human behaviours.

When you’re younger, you often only see the cheerful, glossy side of life in other families – often making your own seem astronomically dysfunctional in comparison. But when you get older, and you start becoming privy to uglier behaviours – whether it’s with the families of friends or boyfriends – you can see some of the cracks. Maybe someone is still holding a slight grudge for something that happened 15 years ago. Maybe one sibling believes that another always gets preferential treatment. Maybe everyone turns out the lights and hides behind the couch when Uncle Marv comes by unannounced.

But I like the cracks; they make things interesting. Being around other happy families who are driving each other a little crazy makes me feel better about my own very loving, kinda crazy family. It makes me feel better about the times when I’m irritable or judgmental – or the times when someone else seemingly deserves a quick throttling. It makes me feel better about wanting to go sit in the car about three days into this year’s Xmas festivities. And, it reminds me that the challenges that come up among us are not signs of some irrevocable dysfunction, but just an inevitable part of a group of people (sometimes so much alike, sometimes seemingly from different planets) trying to make things work.

I’m lucky, I know. Even though my family is far from some sitcom version of perfection – thank God – I actually adore being with them, and would do anything I could to make any one of them a little happier – even if it means sitting in the car while my nephew is playing a xylophone. (That I bought him for his birthday, demonstrating very little foresight.) No matter what, I know everybody’s always trying their best – even when they’re not at their best. And I know that makes us a lot like a bunch of other pretty happy, very loving families. And that makes me really happy.